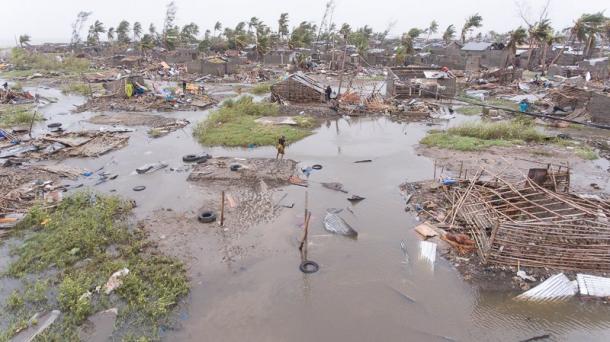 Tropical Cyclone Idai made landfall on 14 March at 23.30 GMT, close to Beira City in Mozambique. Heavy rainfall, strong winds (above 150 km/h) and storm surge estimated at 2.5m height affected the region. Initial reports indicate there may be hundreds of deaths, and hundreds of thousands of people impacted in Mozambique, Malawi and Zimbabwe.

The scale of damage caused in Beira, Mozambique's fourth largest city, is described as "massive and horrifying." A team from the International Federation of Red Cross and Red Crescent Societies (IFRC) aid workers that reached the devastated city on Sunday, said that it seemed that 90 percent of the area is completely destroyed. The National Disaster Management Institute (INGC) estimates that 600,000 people are currently at risk and in urgent need of humanitarian assistance in the affected areas.

The President of Zimbabwe declared a state of disaster after the Cyclone Idai weather system hit eastern Zimbabwe on 15 and 16 March, with Manicaland Province hardest-hit. At least 31 deaths have been reported and over 100 people are missing. Malawi was also severely impacted.

The full extent of the damage caused by Cyclone Idai’s landfall is not yet known. However, preliminary information indicates that destruction and interruption of services are highly likely, including: 1) damage to schools and health facilities, 2) damages to crops, including about 168,000 hectares of crops already impacted by flooding in early March, which will undermine food security and nutrition,  3) water supply destruction and interruption due to heavy winds and floods; 4) heightened risk of water borne diseases due to damage to sanitation facilities and prevalence of unsafe water; 5) destruction of houses and loss of non-food items.