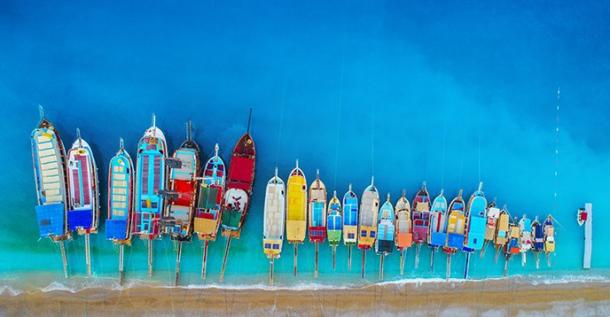 The First Global Planning Meeting for the UN Decade of Ocean Science for Sustainable Development 2021-2030 has set the stage for wide-ranging action and partnerships to strengthen scientific knowledge and innovation, increase resilience against marine and coastal hazards and reverse the decline in the health of the ocean.

“The ocean is NOT too big to fail, nor it is too big to fix. It IS too big to ignore,” said former NOAA Administrator Jane Lubchenco, summing up the mood of the planning meeting convened by UNESCO’s Intergovernmental Oceanographic Commission (UNESCO-IOC) in Copenhagen from May 13-15.

Over 3 days, more than 200 ocean champions and stakeholders, including scientists, governments, non-governmental organizations, academia and private companies, discussed how to use the decade to collaborate and increase scientific understanding of the ocean, leading to improved global sustainable development.

"Let us make this a decade of partnership north and south, east and west," said UN Special Envoy for Oceans, Peter Thomson. “The Decade takes on a critical role in critical times, as we are facing challenges our species has never faced before. As we know so little, we need this Decade to fill the gaps in scientific knowledge to enhance ocean health," he said.

The Ocean Decade is focused on 6 themes:

The planning meeting, at the Assembly Hall of Denmark’s National Museum, focused on the co-design of mission-oriented research strategies to support the  global agenda on sustainable development, and cross-cutting issues such as transforming knowledge systems; accelerating the transfer of technology; enabling training and education; and fostering science-policy dialogues. 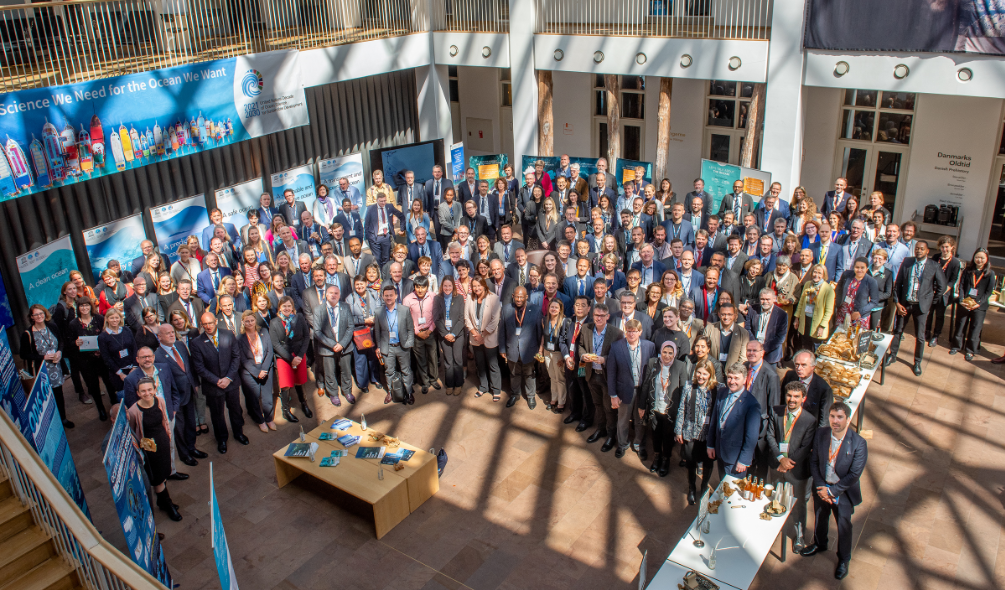 Partnerships are need to embrace the many different organizations and portfolios involved in ocean activities, and are key to capacity development. It is necessary to bring together science and social science,

The need to ensure data is made available, and adheres to the FAIR Principles (Findable, Accessible, Interoperable and Reusable. It was recognized that ‘Democratizing data doesn’t democratize knowledge, and can actually make knowledge disparities worse.

The need to engage the global community, including indigenous groups and particularly  youth to ensure continuity with the next generation of ocean scientists.

The World Meteorological Organization community contributed to several of the thematic groups:

Sea level rise and changes in the occurrence and severity of storms as a result of climate change has increased the need for ocean information to improve early warning systems to ensure the safety of the growing number of people who live in coastal areas. More than 600 million people live in low lying coastal zones and this is expected to increase to more than 1 billion by 2050.

Ofa  Fa’anunu, Director of the Tonga Meteorological Service and President of WMO’s Regional Association for Asia and the Pacific, stressed that regional and international cooperation, and capacity development is imperative for building resilience of developing countries and small island developing states against coastal hazards. There is a particular need for improved impact based forecasting and for better wave information. The Pacific Ocean accounts for about 50% of global ocean, but less than 10% of wave buoys, due to limited resources and the geographical spread of islands.

“The last mile of communication is all-important to ensure that early warnings reach vulnerable coastal communities,” said WMO chief scientist and research director Pavel Kabat, reiterating the central theme of the Multi-hazard Early Warning Conference hosted by WMO on 13-14 May.

The Ocean Decade is an opportunity to improve multi-hazard early warnings for coastal inundation events such as storm surge and tsunamis, he said.

Sustained ocean observations are vital. New technologies, both for observing remote and hostile parts of the ocean such as the deep ocean and the ice zone, and the development of more cheap, modular sensors and equipment, will enable broader participation in ocean observing.

“If you like your 7- day weather forecast, thank your oceanographer,” said Craig McLean, the US National Oceanic and Atmospheric Administration’s assistant administrator for research, and acting chief scientist.

Improved observations, especially in the deep ocean, are needed to support more seamless weather and climate timescale forecasts, including decadal climate predictions. There is a need for more integrated system thinking to cope with interlocking challenges such as rising sea levels and extraction of water leading to salinity in freshwater systems near the coast, said Mr Kabat.

There is a need for higher resolution upper ocean observations, better understanding of day-time variability, air-sea fluxes, and feedbacks between the atmosphere and the thermocline. “It’s not just about sea surface temperatures any longer,” said McLean. He noted the need to encourage members to increase observations in waters under national jurisdiction; a motivation of a WMO Ocean Safe Workshop held earlier this year.

A transparent and accessible ocean

Discussions  focused on data and capacity building, with emphasis on the need to connect across the entire UN family, engage social scientists and incorporate indigenous knowledge.

“Ocean data and information should be considered a ‘public good’ in the same way that weather observations are,” said Martin Visbeck, an Executive Planning Group member.

This was the rationale behind a WMO-led ‘Ocean Safe’ Workshop: Enhancing ocean observations and research, and the free exchange of data, to foster services for the safety of life and property, held earlier this year. As one of its contributions to the ocean decade, WMO will continue to foster engagement from the fields of observations, research, weather, marine and climate services and legal expertise to encourage the availability of necessary ocean observations.

The Global Ocean Observing System (GOOS), which is co-sponsored by WMO, is one of the underpinning frameworks for the decade. GOOS released its 2030 strategy during the planning session. This identifiies a vision for a truly integrated global ocean observing system that delivers the essential information needed for our sustainable development, safety, wellbeing and prosperity

“UNESCO-IOC will always play a strong role in GOOS and WMO will play an increasing role. GOOS needs to be bigger,” said John Gunn, the outgoing GOOS Co-Chair. The programme is evolving to lead a revolution in ocean observations to deliver the needs of the Ocean Decade.

In September 2019, there will be a major decadal planning initiative to improve coordination of regional and national efforts to better observe the global ocean, to better respond to the joint scientific and societal needs of a fit-for-purpose ocean observing system, and maximize the overall benefit of more integrated observing.  OceanObs’19 will seek to better connect observers with end user communities, and chart the agenda for ocean observing for the next decade

#OceanDecade: The Science We Need for the Ocean We Want