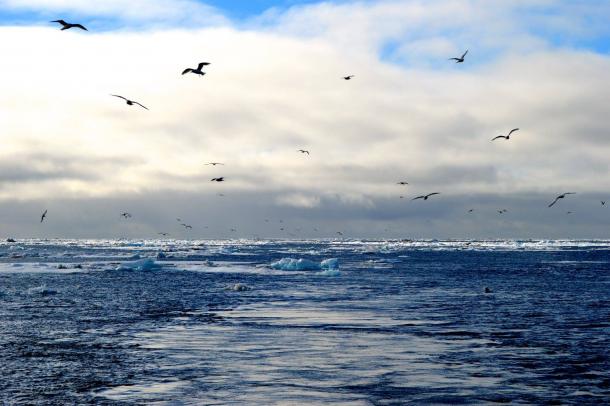 The United Nations has designated the years 2021 to 2030 as the ‘Decade of Ocean Science for Sustainable Development’ to boost international coordination and cooperation in research and scientific programmes for better management of ocean and coastal zone resources and reducing maritime risks.

“The ocean is a new frontier – it covers 71 per cent of the globe [but] we have explored less than 5 per cent. The Decade will ensure greater coordination of research,” said Audrey Azoulay, the Director-General of UNESCO, urging all stakeholders to join the endeavour.

WMO will provide scientific input to inform decision-making before and during the decade.  For instance, the Intergovernmental Panel on Climate Change, co-sponsored by WMO, will issue a special report on Ocean and Cryosphere in a Changing Climate.

In 2019, there will be a major initiative to improve coordination of regional and national efforts to better observe the global ocean, to better respond to the joint scientific and societal needs of a fit-for-purpose ocean observing system, and maximize the overall benefit of more integrated observing.  OceanObs’19 will seek to better connect observers with end user communities.

The ocean is a key component of the global climate system. Its interaction with the atmosphere – for instance in El Niño/La Niña events – has a major impact on weather patterns and the natural variability of our climate. This year’s devastating tropical cyclones in the Atlantic once again highlighted the hazards of storm surge and coastal inundation, which is being exacerbated by sea level rise and intense coastal development.

Across the world, close to three billion people depend on marine and coastal biodiversity to meet their needs. However, the ocean is increasingly under stress from pollution and climate change. The ocean absorbs around a third of the carbon dioxide (CO2) produced by humans and reduces the impact of climate change. As a result the ocean is heating up and becoming more acidic.

The cumulative effects of human activities on this vital important, including the impact of pollution, warming and acidification are yet to be fully evaluated scientifically and surveying the ocean requires costly ships and equipment, satellite imaging, underwater robots and remotely controlled vehicles.

It also requires thousands of scientists collecting and analysing the data, either in laboratories or in marine environments.

The 2030 Agenda and the Sustainable Development Goals (SDGs) call for specific action for the conservation and sustainable use the oceans, seas and marine resources (SDG 14).

One Planet, One Ocean: Mobilizing Science to #SaveOurOcean