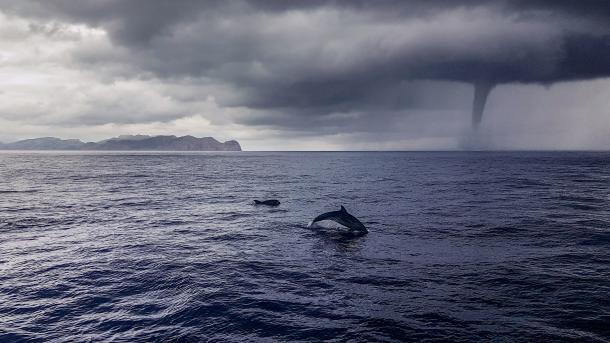 At the start of the UN Ocean Conference in Lisbon, UN Secretary-General António Guterres urged the international community to unite to tackle the “ocean emergency,” saying that the “tide must be turned.”

At the high-level opening session, Mr. Guterres stressed the need to preserve and protect the ocean and safeguard people’s lives and livelihoods. He called on all Member States to join the new WMO-spearheaded initiative to ensure that everyone – including the increasing coastal population –  is protected by early warnings in the next five years.

“Our failure to care for the ocean will have ripple effects across the 2030 Agenda,” Mr. Guterres said.

Speakers at the opening day of the Ocean Conference, co-hosted by the Governments of Kenya and Portugal, stressed the need to propel much needed science-based innovative solutions for ocean action, underpinned by knowledge, facts, and data.

This lies at the heart of the message from the WMO delegation in Lisbon: that partnerships are vital to meet today's increasing ocean-related challenges. These include sea level rise, ocean acidification, deoxygenation, marine heatwaves, pollution, coastal inundation, biodiversity loss, and salinization of estuary zones. Adaptation decisions must be informed by trusted data and supported by up-to-date services. WMO, together with many partners, is engaged in effective ocean monitoring and services. 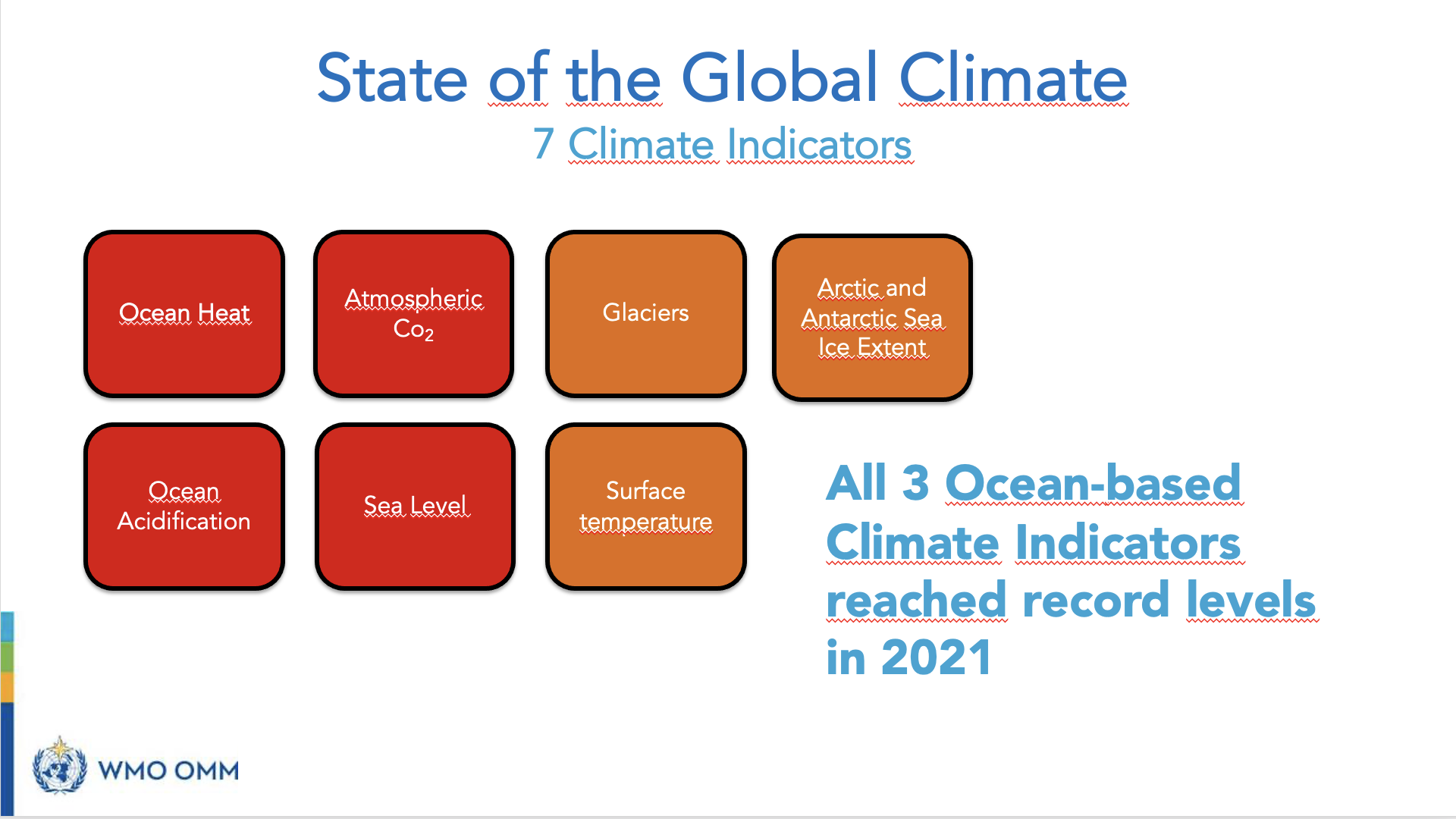 At the last UN Ocean Conference five years ago in New York, delegates called to reverse the decline in ocean health.

Since then, some progress has been made, with new treaties being negotiated to address the global plastic waste crisis that is choking the oceans, and advances in science, in line with the UN Decade of Ocean Science for Sustainable Development (2021-2030).

“But let’s have no illusions. Much more needs to be done by all of us together,” Mr. Guterres stressed.

Mr. Guterres urged stakeholders to invest in sustainable ocean economies for food, renewable energy, and livelihoods, through long-term funding. He said that out of all the 17 Sustainable Development Goals (SDGs), Goal number 14 had received the least support of any of the SDGs.

“Sustainable ocean management could help the ocean produce as much as six times more food and generate 40 times more renewable energy than it currently does,” the UN Secretary-General said.

Second, he continued, “the ocean must become a model on how we can manage the global commons for our greater good, and this means preventing and reducing marine pollution of all kinds, both from land and sea-based sources.”

The UN chief also called for more protection of the oceans and the people whose lives and livelihoods depend on them by addressing climate change and investing in climate-resilient coastal infrastructure. 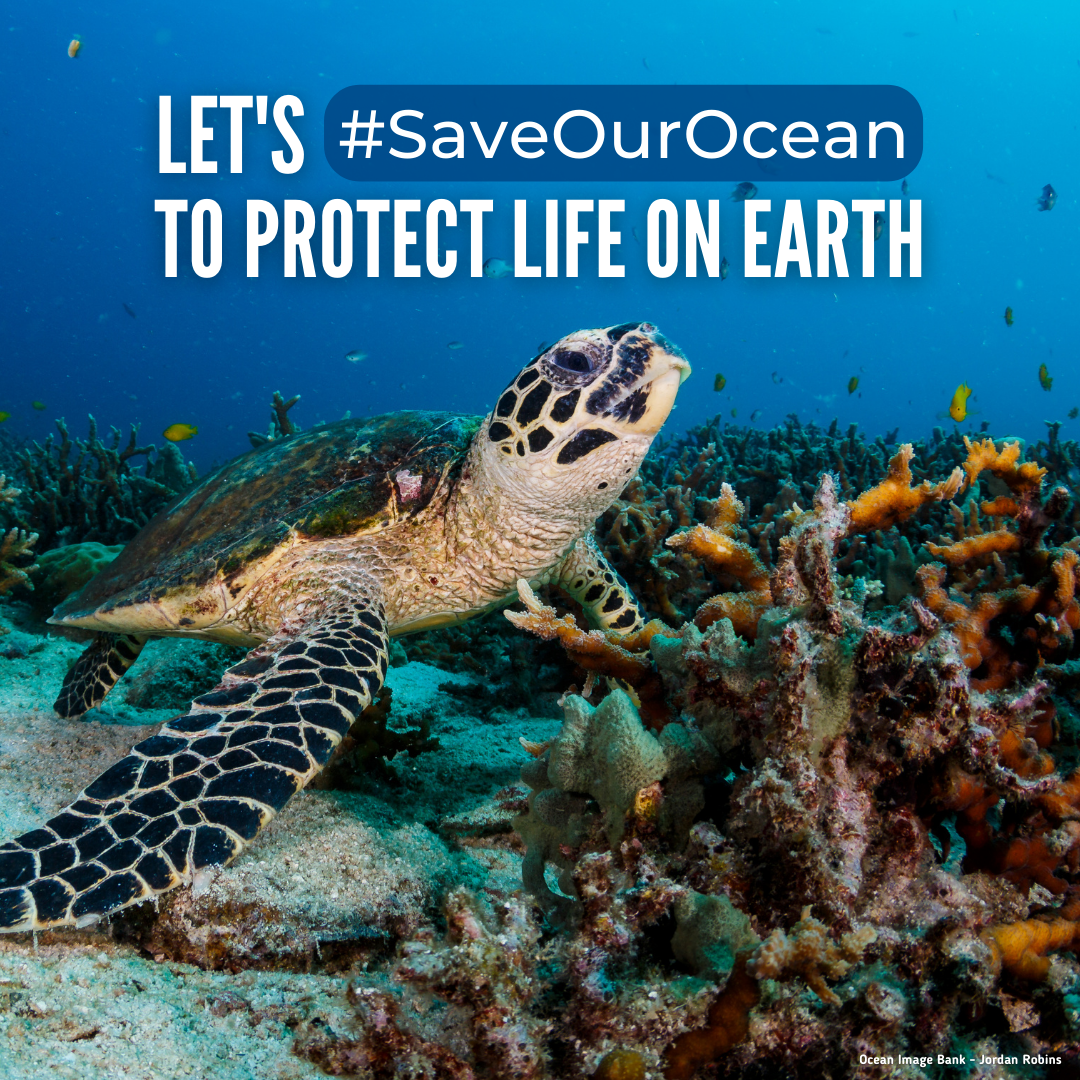 “The shipping sector should commit to net zero emissions by 2050 and present credible plans to implement these commitments. And we should invest more in restoring and conserving coastal ecosystems, such as mangroves, wetlands, and coral reefs.”, Mr. Guterres stressed.

He called on countries to join the new WMO-spearheaded initiative to achieve the goal of full early warning system coverage in the next five years. Given that about 40% of the global population live within 100 km of the coast, there is an urgent need to protect communities from coastal hazards, such as tropical cyclones, storm surge, and sea level rise.

Lastly, Mr. Guterres underlined the need for more science and innovation to propel us into a “new chapter of global ocean action.”

“I invite all to join the goal of mapping 80 per cent of the seabed by 2030. I encourage the private sector to join partnerships that support ocean research and sustainable management.

The senior WMO delegation will be advocating the urgent need for enhanced, operationalized, and sustaining ocean observations to help improve our scientific understanding,  services, and sustainable development of the ocean. These must be supported by ocean data policies and principles to support effective operational data exchange.

We must streamline observations of ocean CO2 concentrations and fluxes as a key component of understanding and measuring the global carbon cycle, sinks, and sources, to inform international efforts to lower GHGs and help countries achieve the Paris Agreement's goals.

WMO is organizing a side-event on 28 June on Polar Regions in a changing climate: ocean solutions through science to services.

The Side Event will seek to raise discussion about identifying gaps and needs in observations, sustained monitoring and data, ways to assimilate them into Earth prediction models, predicting changes, and recommendations on how best this can be achieved through a coordinated approach to services.