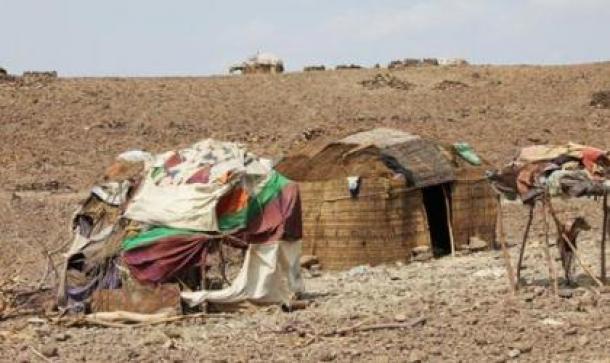 Climate change ­– and the shortages of water and food that come from it – is becoming increasingly linked to conflict, a senior United Nations official told the Security Council on Wednesday, warning that countries most vulnerable to drought and crop failure are also most vulnerable to conflict and fragility.

“Climate change is inextricably linked to some of the most pressing security challenges of our time,” said Deputy Secretary-General Amina Mohammed during a debate intended to deepen understanding of climate-related security risks.

“Fragile countries are in danger of becoming stuck in a cycle of conflict and climate disaster. Where resilience is eroded, communities may be displaced and exposed to exploitation,” she added.

Ms. Mohammed is just back from her trip to Africa’s Lake Chad Basin with Margot Wallström, Minister for Foreign Affairs of Sweden, which chaired Council meeting.

“It is clear that climate change is a real threat and it is proceeding at a relentless pace. Earlier this year, the World Meteorological Organization confirmed that 2015, 2016 and 2017 were the three warmest years on record. The level of carbon dioxide concentration in the atmosphere continues to rise. This build-up means that we are at increasing risk from heat waves, floods, droughts and wildfires - and we are now seeing all of these things happening more frequently,” she said.

“While the impact of climate change may be spread unevenly across different regions today, no country will be spared from its consequences in the long-term. But we see disproportional effects on socially vulnerable and marginalized groups,” Ms Mohammed told the Security Council.

“We must act together, with a joint vision and a commitment to multilateral cooperation. This is our only chance at finding effective and sustainable solutions to this challenge,” she said.