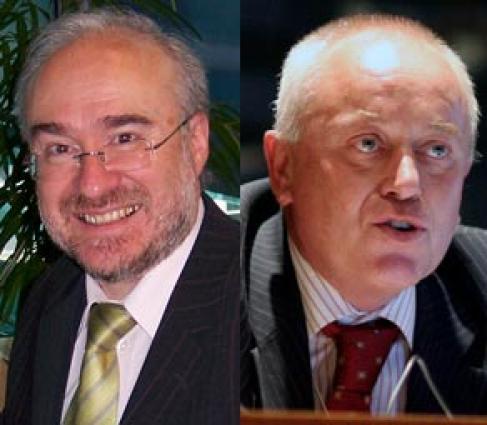 World Meteorological Organization Secretary-General Mr Michel Jarraud and Mr Albert Diphoorn, UN-Habitat Urban Basic Services Branch Coordinator, take up positions as Chair and Vice-Chair respectively of UN-Water for a customary two-year term. Both were elected by consensus during UN-Water’s 15th meeting in Stockholm in August 2011. Challenges including population growth, urbanization, food security and environmental degradation mean that the United Nations (UN) system – now more than ever before – needs to elevate the role of water on the international agenda and step up efforts to preserve and manage this precious natural resource which is so fundamental to life on our planet.