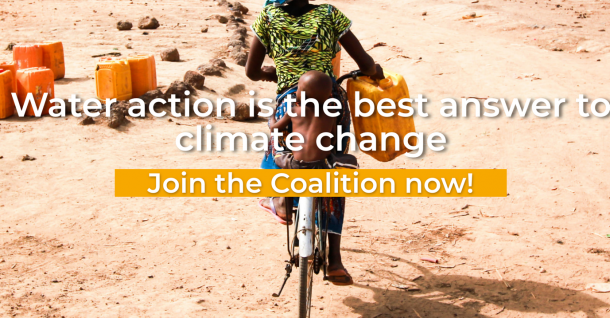 The head of the World Meteorological Organization and nine other international organizations have issued a united and urgent call to governments to prioritize integrated water and climate action given the all-pervasive impacts on sustainable development.

“Accelerated action is urgently needed to address the water-related consequences of climate change that impact people and the planet,” says the letter addressed to Heads of State and Government released on the eve of the UN Climate Change negotiations, COP26.

Leaders of the Water and Climate Coalition will be at COP26 to highlight the urgency of the challenges.

The letter urges governments to address more effectively the water dimensions of climate change adaptation and mitigation, as provided for in a UN-agreed framework to accelerate progress towards Sustainable Development Goal 6 (ensure availability and sustainable management of water and sanitation for all).

It was signed by the heads of WMO, the Food and Agriculture Organization of the United Nations (FAO), the UN Educational, Scientific and Cultural Organization,(UNESCO), the World Health Organization (WHO), the International Fund for Agricultural Development (IFAD), the UN Environment Programme (UNEP), the UN Children’s Fund (UNICEF), the UN University (UNU), the UN Economic Commission for Europe (UNECE) and the Global Water Partnership (GWP).

“Climate change is dramatically affecting the water cycle, making droughts and floods more extreme and frequent and decreasing the natural water storage in ice and snow. Rising temperature and variability in flow patterns of water bodies also strongly affect water quality both in surface and groundwater, ” says the letter.

“According to a recent UNICEF report on the impact of climate change on children, over one third of the world’s children (920 million) are currently severely exposed to water scarcity. Furthermore, the UN World Water development Report 2020, emphasizes that water is the “climate connector” that allows for greater collaboration and coordination across the majority of targets for climate change (Paris Agreement), sustainable development (2030 Agenda and its SDGs), and disaster risk reduction (Sendai Framework),” it says.

It lists a number of urgent priorities for government leaders. These include:

“The United Nations system, engaging in a coordinated manner through the decades of water action and action on the SDGs, and the SDG 6 Global Acceleration Framework, stands ready to support your country in ensuring that climate and water action goes hand in hand, “ it says.

Water and Climate Coalition at COP26

The event takes place Tuesday 2 November 1100 to 1200 BST/GMT in Meeting Room 15 (84/42) Area F Ground Floor. It will be streamed virtually and will also be available on the WMO YouTube channel and via UN WebTV.

Other Water and Climate Coalition activities at COP26 are available here.