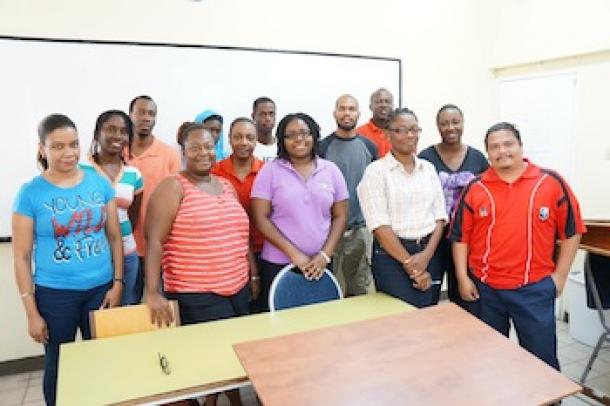 Barbados, 26 March 2014 - Around 40 million people are set to benefit from a new Regional Climate Centre for the Caribbean Institute of Meteorology and Hydrology (CIMH), which will significantly improve the ability to understand and predict current and future climate-related issues and help one of the world’s most vulnerable regions adapt to climate change.

The Programme for Building Regional Climate Capacity in the Caribbean is funded by an investment of US$5.085 million over the next three years from USAID. Its launch is especially timely given that 2014 is the International Year of the Small Island Developing States.

The Regional Climate Centre (RCC) for the Caribbean will be operated by the Barbados-based CIMH, with support from the World Meteorological Organization. It will be capable of developing and distributing sector-driven and user-driven climate and weather products and services to support adaptation to climate change and climate variability across the Caribbean and to strengthen disaster resilience.

The investment will enhance already existing programs at CIMH and facilitate the development of new sustainable user and sector driven programs. In the process, the planned activities will also support the implementation in the Caribbean of the Global Framework for Climate Services (GFCS), which is an initiative spearheaded by WMO to provide user-friendly climate services such as seasonal outlooks and drought monitors to help countries and communities cope with natural variations in our climate and human-induced climate change

The programme will be launched at a ceremony in Barbados on 27 March. For details see press release