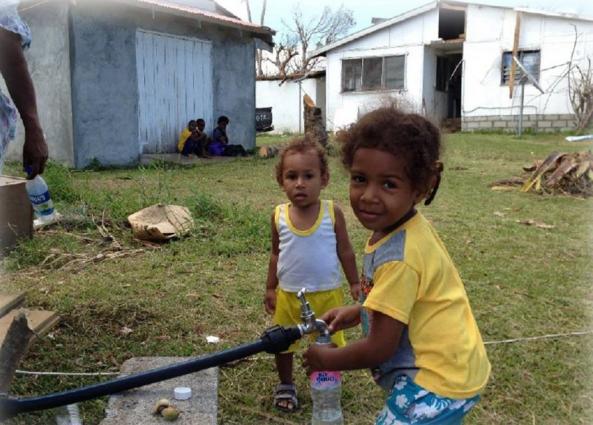 The Republic of Vanuatu has created its Framework for Climate Services, making it the first Pacific Island nation to reach this milestone. The successful provision of climate information and services is a challenge for many Pacific Island nations, which may be hindered by social, financial and infrastructure issues. Vanuatu faces such realities, compounded by resource constraints, significant geographic isolation between and within its more than 80 islands, and over 80% of its population living in rural areas.

In the face of such challenges, the Vanuatu Framework for Climate Services (VFCS) was recently finalized, marking a critical step in helping Vanuatu’s people to manage and adapt to climate variability and change through sustainable and accessible climate services meeting world-class standards.

Climate services provide climate information to assist individuals and organizations in decision-making. These services are particularly important for Vanuatu, which can be significantly impacted when climactic conditions deviate from the norm. For example, sea level rise can result in increased coastal erosion, storm inundation and salt-water contamination of groundwater in the country, while increased sea temperatures can heighten the intensity of tropical cyclones and lengthen the cyclone season.

The development of VFCS involved over 100 participants from Vanuatu's communities, provincial governments, government sectors and non-government organizations. Discussions focused on assessing the relevance, reliability and content of the current climate information services provided by the Vanuatu Meteorology and Geo-hazard Department (VMGD) and mechanisms to foster greater integration and dissemination of information to the “last mile” – the most remote and rural island communities in Vanuatu.

Guided by the Global Framework for Climate Services (GFCS), VFCS also examines existing linkages with global, regional and national frameworks, strategic plans and policies. A list of 18 recommended actions are provided, as well as a Roadmap for Strengthening Climate Services, which includes suggested prioritization, timeframe and indicative costs associated with the recommendations.

During the official launch of the VFCS, Mr. David Gibson, Director of VMGD and Permanent Representative of Vanuatu to the WMO, stressed the importance of the framework in guiding their engagement with stakeholders. The First Political Advisor to the Ministry of Climate Change, Environment, Energy, Meteorology and Disaster Management, Mr. Clifford Bice, acknowledged the support Vanuatu received from its partners to bring the VFCS to fruition.

The Framework was prepared by the National Institute of Water & Atmospheric Research Ltd (NIWA) in consultation with the VMGD, with financing from the Climate Investment Funds through the Asian Development Bank (ADB) Strategic Fund, administration by the Regional Technical Support Mechanism (RTSM) at the Secretariat of the Pacific Regional Environment Programme (SPREP), and support from the World Meteorological Organization and regional partners.

To view the Vanuatu Framework for Climate Services, click here.