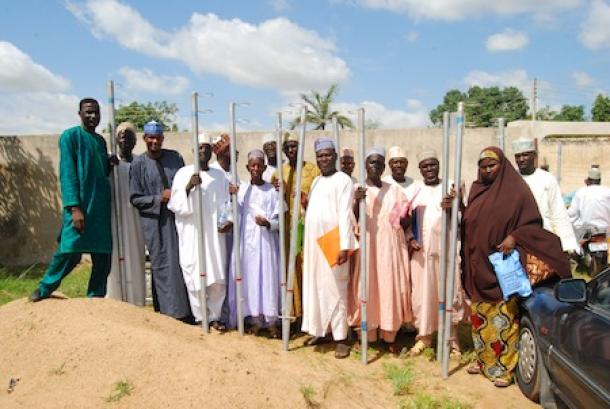 WMO’s Commission for Agricultural Meteorology has held its quadrennial session, which was dominated by the need to optimize weather and climate services to improve food security for the growing global population and meet the challenges of climate change and extreme events such as droughts and floods, which can wreak havoc with crops, livelihoods and commodity prices.

The Commission, which met 10-15 April in Antalya, Turkey, set its priorities for the next four years. These include the critical need for more human and financial resources and capacity-building, and for closer cooperation between meteorologists, farmers and the wider agricultural industry, said Commission President Byong-Lyol Lee, who was re-elected for a second term.

“Global food security, which is linked to a wide array of agriculture and water supply systems as well as natural ecosystems, is under constant threat from weather and climate extremes and, in the 21st Century will face greater challenges from a changing climate,” said WMO Assistant Secretary-General Elena Manaenkova.

“While it is not possible to prevent the occurrence of natural hazards, effective use of weather and climate information as an aid to management practices can considerably reduce the potentially disastrous consequences through proper planning and preparedness strategies. Accurate and timely prediction of potential natural hazards and appropriate measures to reduce their impacts on the agricultural sector can be effective tools to reduce vulnerability,” said Ms Manaenkova in a statement prepared for the Commission.

The Commission also considered the outcomes and recommendations of a three-day International Conference for Promoting Weather and Climate Information for Agriculture and Food Security 7-9 April. Both events were hosted by the Turkish State Meteorological Service and the Turkish Ministry of Forestry and Water.

The international conference discussed how to balance demands for producing more food while using less water per unit of output; maximizing yields while protecting the ecosystem; and increasing resilience to natural climate variability and human induced climate change while minimizing the agricultural sector’s carbon footprint.

Advances in science and technology have improved the accuracy of both short-term and seasonal forecasts in many parts of the world, according to presentations to the international conference. The benefits are being spread among a wide range of stakeholders ranging from small farmers to multinational businesses in, for example, wheat, rice and sugar. More needs to be done, both in terms of sharpening the accuracy of the forecasts and their communication, especially in poor rural communities.

The conference received many case studies, including from Australia, Canada, the Caribbean, India, Indonesia, Paraguay, Tanzania and Turkey.

WMO has a number of initiatives to translate better weather and climate information into improved agricultural productivity. For instance, roving seminars in West Africa, (METAGRI), funded by the State Meteorological Agency of Spain (AEMET) and now by the Norwegian Ministry of Foreign Affairs, have increased the interaction between the National Meteorological and Hydrological Services (NMHSs) and rural farmers. These seminars strive to secure rural farmers’ self reliance by raising their awareness about weather forecasts, crop cultivation and risk management, as well as providing them with rain gauges – a luxury in many communities. Over 300 seminars have been held in 15 countries in West Africa over the past four years.

“Before, farmers would ask for seeds. Now they ask for rain gauges,” said Daouda Diarra of the Mali Meteorological Service, which pioneered the roving seminars. “Farmers now know you have to nurture a crop like you would a child and they are given the knowledge to do so.”

WMO is also working towards integrated, forward-looking approaches on drought – a major hazard which is often dealt with in a reactive piecemeal fashion. A “High-level Meeting on National Drought Policy (HMNDP) in 2013 provided practical insight into useful, science-based actions to increase national capacity to cope with extended periods of water scarcity in the event of a drought. The ultimate goal is to harness scientific advances to create more drought resilient societies.

Thus, Southeastern Europe is working on a regional drought programme, supported by theIntegrated Drought Management Programme of WMO and the Global Water Partnership. The U.S Drought Monitor keeps farmers informed on a weekly basis of drought conditions and potential, while the North American Drought Monitor expands this information to include Canada and Mexico. The tool is already well developed in Australia.

The International Conference also discussed the many innovations in production of crops and livestock, leading to more efficient yields and more productive animals. For instance, cows in many developed countries produce fewer Greenhouse Gas emissions per unit of milk than their counterparts in developing countries. And yet they may be less resilient to heat stress and other hazards which may increase as a result of climate change, according to Jim Salinger in a presentation on Food Security in a Warmer World: Wheat, viticulture, livestock and fisheries. He said gains in productivity in wheat and rice and other staples risk being compromised not just by the climate-related impacts of climate change.

Pollution from surface ozone, which may contribute to global warming, also cuts crop productivity, according to an Indian case study. Climate change-related benefits such as an inrease in crop rotations in countries like China had to be balanced against risks such as increasing drought and flooding.

Agricultural production and food security are among the top four priorities of the Global Framework for Climate Services. This is a WMO-spearheaded initiative to provide user-friendly climate services – such as seasonal outlooks – around the world.

The global population is projected to grow to over 8 billion in 2030 and over 9 billion by 2050. To feed the growing populations, global food production has to increase by over 50% by 2030 and has to nearly double by 2050. According to the UN Food and Agriculture Organization (FAO), nearly 870 million people of the 7.1 billion people in the world, or one in eight, were suffering from chronic undernourishment in 2010-2012.