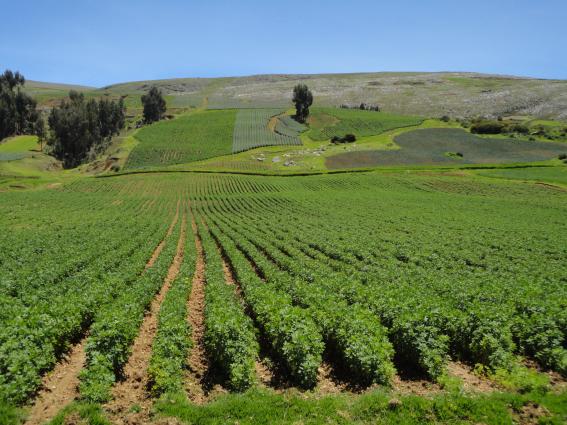 WMO’s Commission for Agricultural Meteorology has held its quadrennial session,  focusing on improved weather and climate services for farmers and the agricultural sector in order to boost food security and sustainable development.

It discussed how to balance the need to provide food for a growing global population with minimizing the impact of climate change on agriculture and reducing greenhouse emissions from agriculture.

The Commission, which met 18-20 April in Incheon, Republic of Korea, set its priorities for the next four years. These include the need for better services for farmers, ranging from localized weather forecasts to seasonal climate outlooks, and better weather and climate risk management. It also stressed the need for more research and technology development in agrometeorology.

Roger Stone of Australia was elected President and Orivaldo Brunini of Brazil as Vice-President.

“There is a greater need than ever for the knowledge and expertise of agrometeorologists to assist the farmers and the wider agricultural community,” said Mr Stone.

Agrometeorology is an important subject in today’s world.  Global food security, which is linked to a wide array of agriculture and water supply systems as well as natural ecosystems, is under constant threat from weather and climate extremes and will face greater challenges from a changing climate in the future, stated Prof Petrri Taalas, Secretary-General of WMO.

Around 138 experts from 69 countries attended an international technical conference on Future Challenges and Opportunities in Agricultural Meteorology ahead of the Commission session.

The technical conference assessed progress and challenges in producing more food while using less water per unit of output; maximizing yields while protecting the ecosystem; and increasing resilience to natural climate variability and human induced climate change. The need to minimize the agricultural sector’s carbon footprint was also stressed.

It also reviewed the various operational agrometeorological services at a national level, including monitoring, forecasting and risk management of extreme weather and climate variability and change.

The events were hosted by the Korea Meteorological Adminstration.

The Commission selected its Management Committee which, for the first time, includes more than 50% of women. It held a dedicated two-day Women’s Agrometeorology Leadership training workshop as part of a wider WMO drive to promote women scientists and gender-sensitive weather and climate services. 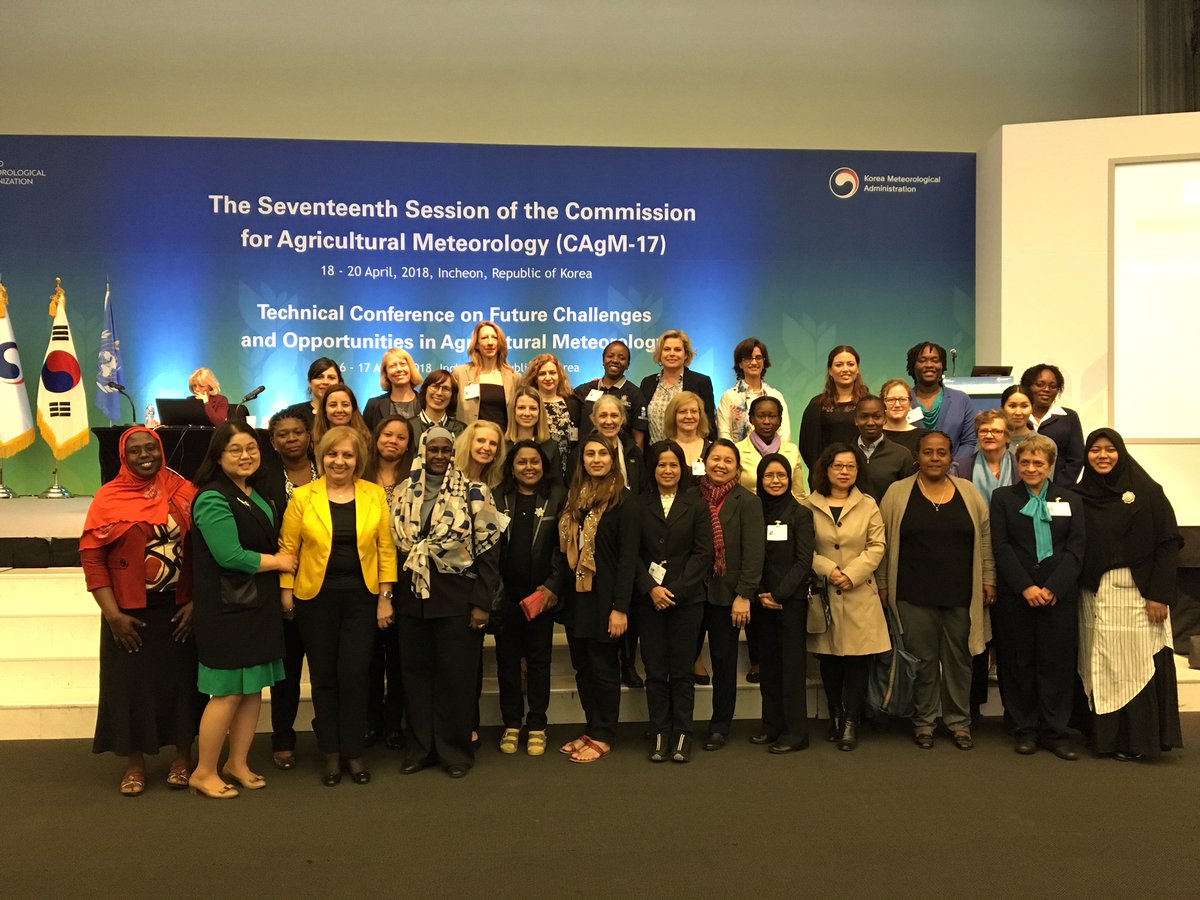 Based on the outcomes of the Workshop, the Commission adopted a Resolution on Gender Equality which among other decision, requested the Commission to establish a mentoring program to strengthen the capacity of female agricultural meteorologists.

There is a special need for gender-sensitive services in agriculture. In many developing countries, women are responsible for more than half the food production but rarely have equal access to resources and information. A World Food Programme survey of 95 countries found that only 5 percent of agricultural extension services were directed towards women, who were also less likely to receive training. In a recent WMO farmers workshop in Africa on how to gather and use basic meteorological information for agriculture, only 10 percent of participants were women.

There are approximately 300 million fewer women with mobile phones than men, meaning that weather forecasts and alerts delivered by mobile technology often do not reach those who need it most.

WMO’s agrometeorological programmes, including roving seminars for farmers, therefore emphasize the need to reach out to networks of women farmers.