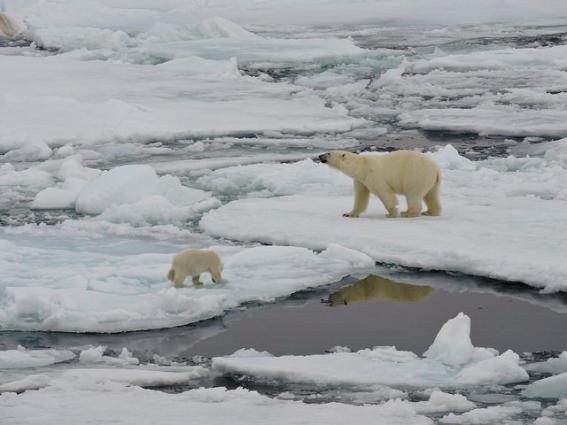 The unprecedented changes happening in the Arctic are impacting the fragile Arctic ecosystem and have deep impacts on the people living there. Arctic changes are also influencing the global climate system and sea level.

In view of the urgency of the challenges, the second Arctic Science Ministerial took place in Berlin from 25 to 26 October to discuss the future course of Arctic research and increase coordination and collective efforts.

The meeting brought together science ministers, researchers and representatives of international organizations and Arctic Indigenous peoples. It builds on the first Arctic Science Ministerial hosted by the White House in 2016, which declared a long-term objective to deepen international collaboration to enable nations to address large-scale research questions and increase the pace of discovery.

It was jointly hosted by the European Union, Germany and Finland, which holds the presidency of the Arctic Council. WMO as an Arctic Council Observer, took part in the scientific forum, which had three main themes:

WMO Secretary-General Petteri Taalas addressed the scientific forum. He said that the recent report by the Intergovernmental Panel on Climate Change on Global Warming of 1.5°C highlighted the urgency of climate action. The likelihood of an Arctic Ocean free of sea ice in summer would be once per century with global warming of 1.5°C, compared with at least once per decade with 2°C.

“If we reach 2°C warming at global level, it will be 5°C in the Arctic," he said. Svalbard in Norwary is among the places on earth with the most rapid warming, he pointed out. 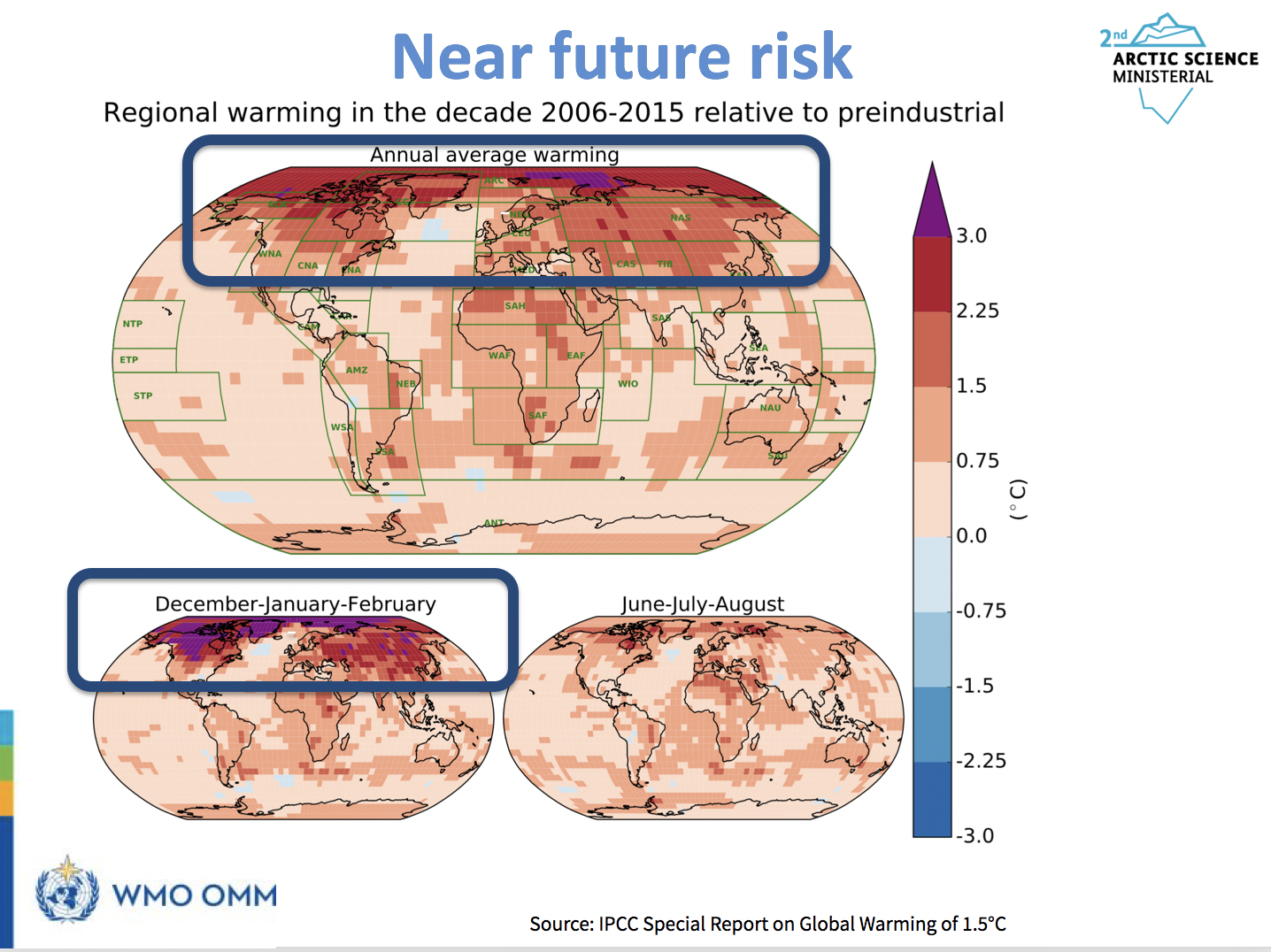 The Arctic represents about 4% of the Earth’s surface but it is one of the most data sparse regions in the world because of its remoteness and previous inaccessibility. Lack of data and forecasts in the Arctic does impact on the quality of weather forecasts in other parts of the world, said Mr Taalas.

Improved research and observations for Polar and High Mountain regions is one of WMO’s top strategic priorities.  WMO’s Global Cryosphere Watch programme seeks to support and promote observation, monitoring and research into the cryosphere, including sea and freshwater ice, snow, glaciers and ice caps, ice sheets and permafrost.

WMO has inaugurated the demonstration phase of a new Arctic Regional Climate Centre Network, which aims to produce seasonal (winter/summer) outlooks and forecasts.

In a bid to meet the demand for better weather and climate services in Polar regions, WMO is sponsoring the Year of Polar Prediction which started in mid-2017 and continues to mid-2019, in order to cover an entire year in both the Arctic and Antarctic.

The Year of Polar Prediction is designed to increase investment in observational networks and prediction capabilities to address immediate safety requirements and climate services needs in the Arctic region, and ensuring social, economic and environmental sustainability.

The need for improved forecasts and observations is pressing, in view of the increase in transport and economic activity in previously inaccessible areas.

The Northwest Passage, the sea route that connects the Atlantic Ocean to the Pacific Ocean through the northern part of Canada, is more than 1,000 nautical miles shorter than the traditional shipping route through the Panama Canal.

The Northern Sea Route witnessed a record volume as 9.7 million tons of cargo were shipped on the route during 2017. In September 2018 a Russian nuclear icebreaker escorted the first ever container ship on an Arctic route, travelling from the East to Northern Europe along the Northern Sea Route.

In order to meet the challenges, Mr Taalas highlighted the following WMO priorities:

Science based services and policies: strengthening the regional service-oriented network.