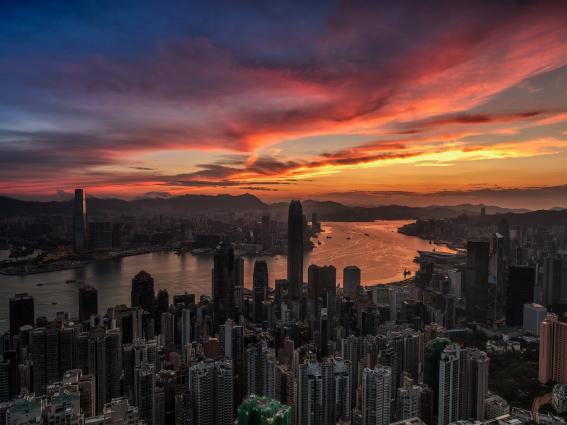 WMO has hosted the first symposium and user summit of the Integrated Global Greenhouse Gas Information System (IG3IS), which aims to help inform and guide reductions in emissions of carbon dioxide and other heat trapping gases which are driving climate change.

IG3IS meets this need by combining atmospheric GHG concentration measurements with human-activity data in a modelling and analysis framework to help decision-makers take better-informed action to reduce emissions of greenhouse gases and air pollutants. These methods and projects are implemented in close partnership between technical experts and the user community.

“Every fraction of a degree of global warming matters, and so does every part per million of greenhouse gas concentrations,” said WMO Deputy Secretary-General Elena Manaenkova. “It is very important for the countries and cities to have objective information and measure their net contribution to global warming,” she said.

The three-day meeting, from 13-15 November, brought together technical developers and key users from a number of different sectors, including national emission inventory compilers and representatives of city and state agencies, as well as private sector stakeholders. They discussed their needs for data-driven greenhouse gas emission information, and the scientific community presented existing capabilities that can serve these needs and identify gaps.

“We will need to work together as a global community to find the most effective solutions and we don’t have a moment to waste,” said Baroness Bryony Worthington, Executive Director Environmental Defense Fund Europe, told the symposium.

IG3IS will help support the Paris Agreement on climate change, which aims to keep temperature increases by the end of the century to well under 2° Celsius above the pre-industrial era. It intends to achieve its goal via “nationally determined contributions” (NDCs) that vary by national capability and level of economic development. “The best indicator of the success and vitality of the Paris Agreement are the very measurements of atmospheric concentrations of carbon dioxide and the other greenhouse gases that were the original cause for concern,” said Phil DeCola, Chair of the IG3IS Science Team.

José Romero, chief scientist, environment international, in the Swiss Federal Office for the Environment, announced, “Implementers of climate mitigation at all levels are absolutely crucial if we want to achieve the climate goals we have established through the UN Framework Convention on Climate Change and the Paris Agreement.” This was paired with a reminder that it is difficult for these implementers to deliver on the goals of the Paris Agreement, without proper scientific support.

“Politically, it is quite popular for cities to commit to climate mitigation plans. However, issues arise when they need to report emission inventories and track progress because there is a lack of data availability," said Angel Hsu of Yale-NUS College, Singapore, in a comment, which was echoed by stakeholders of the national and private sectors.

The meeting identified a number of new opportunities where existing technical skills are ready to meet decision-support needs, as well as use cases for which partial technical solutions exist with a plan to fill the gaps toward meeting emerging user requirements. A number of actions were identified: