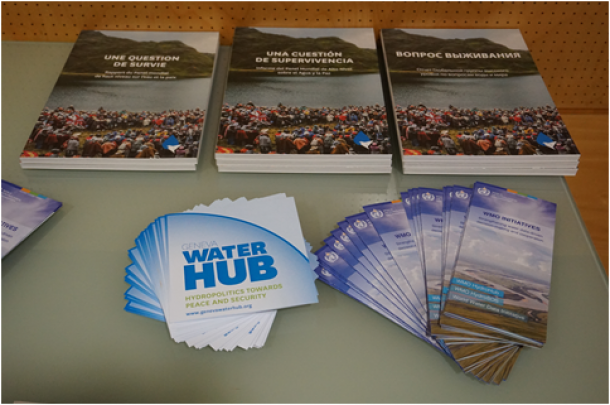 The World Meteorological Organization, together with the German Government and Geneva Water Hub brought together representatives from diplomatic missions in Geneva to help advance the water data and peace agenda.

“Mobilization for Water Data and Peace” galvanized Geneva Mission Champions to advocate for easily accessible and reliable water data to inform policy- and decision-making in their national governments in support of peace and sustainable development. 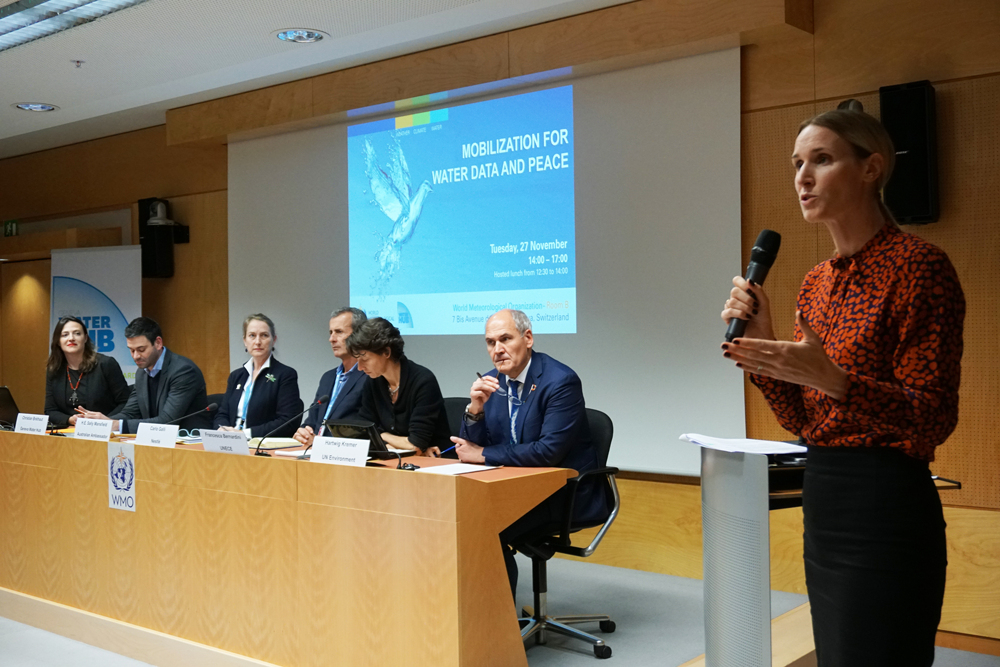 WMO Secretary-General Petteri Taalas said that one of the most serious challenges of climate change was its impact on rainfall and water resources.

“We need to build better operational services to handle water resources. We have to adapt to climate change, and one way of doing this is to invest in weather, climate and water services,” said Mr Taalas.

He noted that the WMO reform process is intended to boost the importance of water in the WMO framework, and that WMO is stepping up cooperation with humanitarian organizations which are dealing with the consequences of too little or too much water.

“The clashes over access to freshwater are a real stress to peace and prosperity, but it is also an extremely powerful tool for cooperation. Freshwater data and monitoring are central to this cooperation,” said François Münger, Director of the Geneva Water Hub.

Danilo Turk, Chair of the Global High-Level Panel on Water and Peace, made a keynote speech on the need to keep vulnerable regions from sliding into armed conflict over water resources. “Peace is not just the absence of conflict. It is about sustainability—and we cannot have sustainability without the proper management of water resources,” said Mr Turk.

A panel discussion focused on the intersection between policy, technology, diplomacy and awareness. Australian Ambassador and Permanent Representative to the UN Sally Mansfield stressed how globalization exacerbates what might initially seem like a national problem, using the millennium drought that affected most of Australia from 2000-2010 as an example.

“That matters, not just for Australia, but for you as well because Australia is one of a handful of countries that is a massive net exporter of agricultural goods. If our production goes down, the price of [the commodities we export] goes up,” said Ambassador Mansfield.

Panelists agreed on the importance of speaking the same language on data, of building and keeping trust, better organizing and using the tools at our disposal and improving understanding to make the political process work.

WMO presented three initiatives that can contribute to the peace and 2030 Sustainable Development Agenda.

“We have the chance to do things differently,” said Mr Cullman. “We can do it if we create a community that gives joint messages and influences policy, politics, society and business. It’s a big task but it can be done if enough people pull the same strings.”