WMO and UNESCO-IHE Institute for Water Education to sponsor fellowships 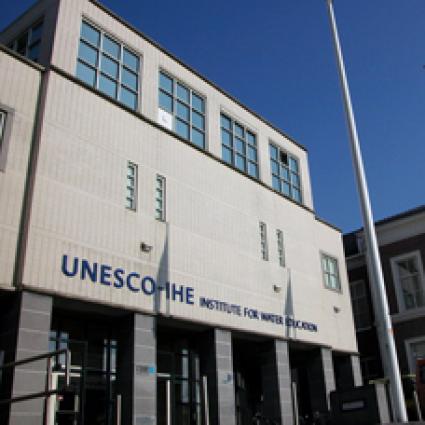 WMO and UNESCO-IHE Institute for Water Education to sponsor fellowships

At a ceremony yesterday in Delt, The Netherlands, WMO Secretary-General Michael Jarraud signed a Memorandum of Understanding with the UNESCO-IHE Institute for Water Education, which was represented by its Rector, Professor Andras Szöllösy-Nagy. Under the MoU, the two organizations will co-sponsor up to three fellowships per year to enable students from developing countries to attend the Institute's prestigious Master Programmes. The participating students are to be designated by the Permanent Representatives of WMO Members.

Mr Jarraud also delivered the graduation address to the closing ceremony of the Institute's 2011-2013 academic period in the historic Old Church of Delft.  UNESCO-IHE is the world’s largest institute for postgraduate education in the field of water. It has educated more than 15 000 water specialists from over 160 countries since it was established in 1957. Several of its alumni have served as staff members at the WMO Secretariat.

During the previous day, the WMO Secretary-General gave a well-attended lecture entitled "Water and Climate Change: Friends or Foes?" as part of the series "UN Water talks" organized annually by IHE-UNESCO, the City of Delft and the Delfland Water Board. The audience included the Lord Mayor of Delft, the Chairman of the Delfland Water Board (established in the year 1289, making it one of the older such institutions in the world), diplomats, members of Institute’s faculty, students and the general public. Mr Jarraud's lecture can be viewed here, his address to the graduation ceremony is here, and an interview with the Institute can be found here.