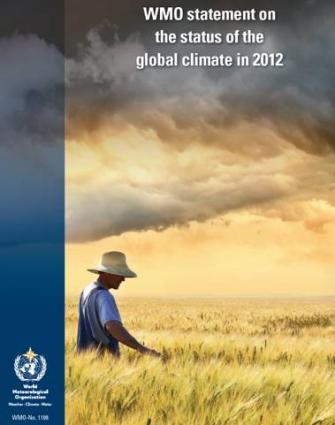 The World Meteorological Organization’s Statement on the Status of the Global Climate says that 2012 joined the ten previous years as one of the warmest — at ninth place — on record despite the cooling influence of a La Niña episode early in the year.

“Although the rate of warming varies from year to year due to natural variability caused by the El Niño cycle, volcanic eruptions and other phenomena, the sustained warming of the lower atmosphere is a worrisome sign,” said WMO Secretary-General Michel Jarraud. “The continued upward trend in atmospheric concentrations of greenhouse gases and the consequent increased radiative forcing of the Earth’s atmosphere confirm that the warming will continue,” he said.