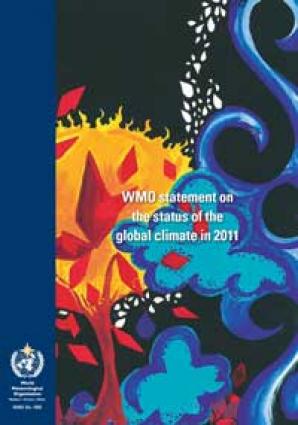 Climate change accelerated in 2001-2010, according to preliminary assessment

The World Meteorological Organization’s Annual Statement on the Status of the Global Climate said that 2011 was the 11th warmest since records began in 1850. It confirmed preliminary findings that 2011 was the warmest year on record with a La Niña, which has a cooling influence. Globally-averaged temperatures in 2011 were estimated to be 0.40°C above the 1961-1990 annual average of 14°C.

Precipitation extremes, many of them associated with one of the strongest La Niña events of the last 60 years, had major impacts on the world. Significant flooding occurred on all continents, whilst major droughts affected parts of east Africa and North America. Arctic sea ice extent fell to near record-low levels. Global tropical cyclone activity was below average, but the United States had one of its most destructive tornado seasons on record.

The annual statement for 2011 was released for World Meteorological Day 23 March. In addition, WMO also announced preliminary findings of the soon to be released Decadal Global Climate Summary, showing that climate change accelerated in 2001-2010, which was the warmest decade ever recorded in all continents of the globe.