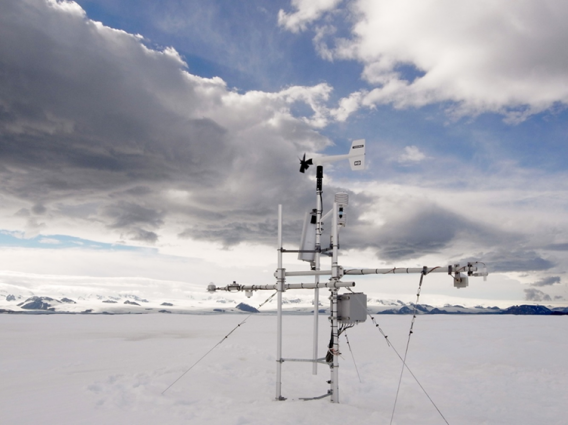 A World Meteorological Organization committee of experts has announced the results of a new evaluation involving the highest temperature recorded in the Antarctic continent as part of continuing efforts to maintain the accuracy of a database of extreme weather and climate conditions throughout the world.

It upheld the existing record of 17.5°C (63.5°F) recorded on 24 March 2015 at the Argentine Research Base Esperanza, located near the northern tip of the Antarctic Peninsula.

On 23 March 2015 an automatic weather station established by the Czech Republic on Davies Dome, also near the northern tip of the Antarctic peninsula, recorded a temperature of 17.9°C (64.2°F). Consequently, a panel of polar meteorology carefully examined the data involved with the Davies Dome observation to determine if it had set a new record.

The WMO committee unanimously concluded that the Davies Dome observation be adjusted down to 17.0°C ± 0.2°C (62.6°F ± 0.4°F). This was based on the probability that the temperature sensor at Davies Dome was heated to around 0.9°C (1.6°F) above the true air temperature by a combination of high solar radiation (coming both directly from the sun and also reflected from the underlying ice surface) and low wind speed.

« Such diligence and careful analysis of data demonstrates the importance of developing and maintaining the best possible database of extreme weather and climate conditions throughout the world, » said WMO Weather and Climate Extremes Rapporteur Randall Cerveny.

The WMO committee consisted of polar science and climate experts from the Czech Republic, Argentina, Spain, Morocco, New Zealand, the United Kingdom and the United States of America.

The other temperature records for the Antarctic Region remain unchanged.

Specifically, the highest temperature for the “Antarctica Region” (defined by the WMO and United Nations as all land and ice south of 60°S) of 19.8 degrees Celsius (67.6 degrees Fahrenheit) was observed on 30 January 1982 at Signy Research Station, Borge Bay on Signy Island.

The lowest temperature yet recorded by ground measurements for the Antarctic Region, and for the whole world, was −89.2°C at Vostok station on 21 July 1983.

It is possible, indeed likely, that greater extremes can and have occurred in the Antarctic Region. As with all WMO evaluations, the extremes are identified based on only those events with available high-quality ground-based observations.

Spanning 14 million km2 (roughly twice the size of Australia), the Antarctic is cold, windy and dry. The average annual temperature ranges from about −10°C on the Antarctic coast to −60°C at the highest parts of the interior. Its immense ice sheet is up to 4.8km thick and contains 90% of the world’s fresh water, enough to raise sea level by around 60 metres were it all to melt. The Antarctic Peninsula (the northwest tip near to South America) is among the fastest warming regions of the planet, almost 3 °C over the last 50 years. Some 87% of glaciers along the west coast of the Antarctic Peninsula have retreated in the last 50 years with most of these showing accelerated retreat in the last 12 years.