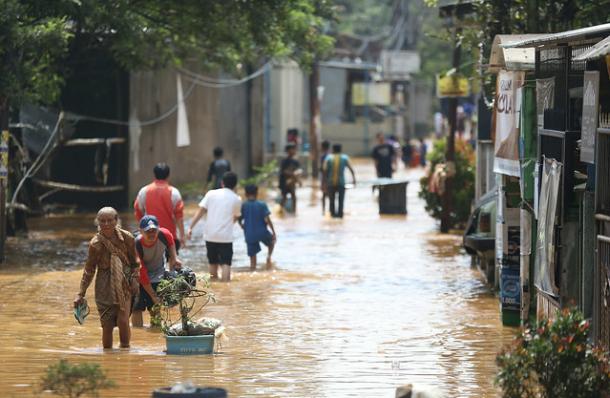 The World Meteorological Organization’s ruling conference has endorsed a package of measures to strengthen early warnings against hazards like floods and tropical cyclones and to ensure that these become part and parcel of humanitarian operations.

It decided to spur work on a Global Multi-hazard Alert System that would pool information from national and regional systems that already exist or are being planned and endorsed efforts to boost impact-based services, which focus on what the weather will do rather than purely what the weather will be.

The World Meteorological Congress agreed that there is a special need to strengthen early warning services in urban areas, which are vulnerable to multiple hazards, including floods, storms, heatwaves, sea-level rise and poor air quality. It also reinforced its commitment to strengthen global cooperation to combat sand and dust storms, which are a major problem to people’s health, the environment and economies.

The congress, which is meeting from 3-14 June, passed a resolution saying that WMO should step up its coordinating role between other UN bodies and national meteorological and hydrological services.

Clear, authoritative and consistent alerts messaging are essential for the wide range of players that need to take action in order to stop a hazard spiralling into a disaster. National services currently supply alerts to aggregators such as the WMO World Weather Information Service, and the Global Multihazard Alert System would leverage them.

Resilience underpins the series of international agreements adopted in 2015: the 2030 Agenda for Sustainable Development, with its 17 Sustainable Development Goals; the Paris Agreement on climate change; and the Sendai Framework for Disaster Risk Reduction. All three were spotlighted by the World Meteorological Congress resolution.

Over the 20-year period between 1998 and 2017, climate-related and geophysical disasters killed 1.3 million people and left a further 4.4 billion injured, homeless, displaced or in need of emergency assistance. While the majority of fatalities were due to geophysical events, mostly earthquakes and tsunamis, 91% of all disasters were caused by floods, storms, droughts, heatwaves and other extreme weather events, according to a report by the UN Office for Disaster Risk Reduction and the Centre for Research on the Epidemiology of Disasters.

Natural hazards such as cyclones and droughts are a major driver of humanitarian crises. Disasters displaced 17.2 million people in 2018, compared with the 10.8 people driven from their homes by conflict. But natural and human-induced hazards can also go hand in hand, for example when competition for scarce water resources fuels communal tensions that morph into conflict.

Weather, water and climate information is critical for humanitarian operations. It is an important factor in decisions such as where to locate a refugee camp or when to scale-up the supply of shelter construction material. 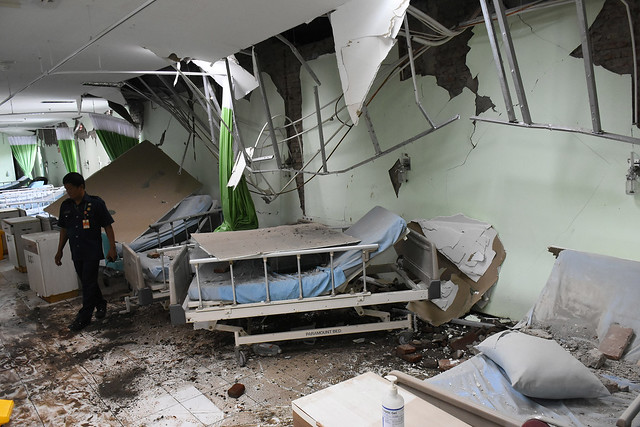 For the past decade, assistance to humanitarian planning and operations has been a rapidly evolving and sought-after service area for WMO.

In 2018, WMO’s Executive Council decided to develop a coordination mechanism aimed at enabling easy access to authoritative weather, water and climate information and the provision of expert advice to the UN and other humanitarian agencies in anticipation of, during and after emergencies or disasters triggered by weather hazards or where weather information would be required to support response and relief operations. As part of that mechanism, a coordination officer in the WMO Liaison Office to UN Headquarters in New York provides a strategic information flow on weather and climate to the UN operations and Crisis Centre.

Congress also launched a drive to develop globally agreed standards and procedures for identifying and cataloguing hazardous weather, climate, water and space weather events, saying that it essential to fill the gap.

The absence of global cataloguing has hampered the routine characterization and tracking of such events and associated loss and damage. That in turn has made it harder to build a true picture of impacts, which is an essential step towards reining in disaster risk and making countries and communities resilient.

As part of its continuing drive to protect public safety, WMO co-hosted an international Multi-Hazard Early Warning Conference earlier this year to try to improve warnings for an interlocking range of hazards, including non-hydrometeorological ones such as earthquakes, landslides and biological hazards, and to ensure that these warnings reach those who need them most and are translated into effective action on the ground.