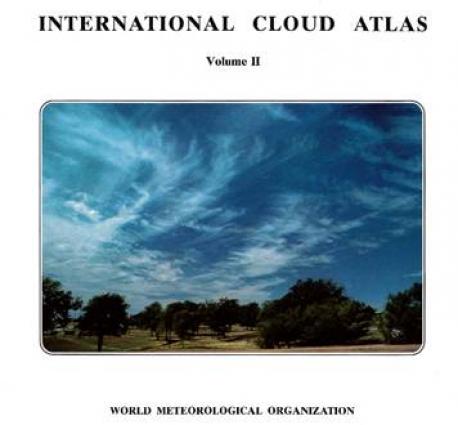 WMO is considering how best to update the Cloud Atlas and produce it as a digital version which is authoritative, comprehensive and useful for operational observation systems. The Cloud Atlas was developed as a standardized reference documentand training tool for meteorologists, as well as for those working in aviation, at sea and in agriculture. It has also been very popular with amateur cloud enthusiasts.

The existing Cloud Atlas has two volumes and was originally published in 1956. Volume I is a lengthy technical manual of standards. Volume II contains around 220 plates of photographs of clouds and certain meteors. Each photograph is accompanied by an explanatory text to enable the pictures in Volume II to be understood without the detailed technical definitions and descriptions contained in Volume I.

The Cloud Atlas has been revised and updated on several occasions, most recently in 1987 with the addition of new photographs.

The need to update and digitize the Cloud Atlas is widely recognized. This important task will be time consuming and technically challenging.

As an interim measure WMO has scanned both volumes of the Atlas and has made them available on its website (Direct access to Vol II).

WMO’s Commission for Instruments and Methods of Observation (CIMO), has set up a task team of experts from all over the world to examine the feasibility of updating the Cloud Atlas as a web-based tool. Consultations on any new Atlas will be extensive and include a wide range of interested parties.

The team of experts is expected to consider how to improve the usefulness of the Cloud Atlas. Digitized existing Cloud Atlas images would comprise the core level of information as far as possible (to preserve traceability) but additional imagery may be desirable with new photographic examples of the different cloud types.

As before, any revised Cloud Atlas will be primarily targeted at a professional observer audience but easily adaptable – if this is possible - for use by other audiences. The team of experts will also consider how to make it adaptable to presentation in different media include mobile telephones and computers.

It is too early to say whether any 'new' cloud types will be added.