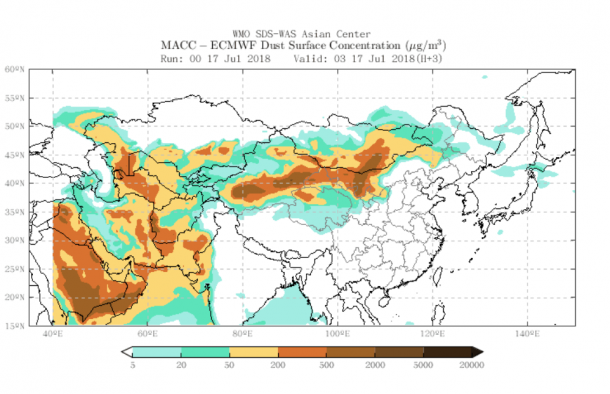 More than 150 countries are directly or indirectly affected by sand and dust storms, which adversely impact human health, the environment, agriculture and transport.

From higher morbidity and mortality rates to reduced economic growth, the impact of sand and dust storms can be major, especially for lower-income nations and vulnerable communities. However, with stronger collaboration and improved information-sharing, much of the risk could be managed and mitigated, a UN meeting heard on 16 July.

“For people, the stakes of inaction on this issue are high,” said Miroslav Lajčák, President of the UN General Assembly. “Human well-being is at risk.”

WMO’s Sand and Dust Storm Warning Advisory and Assessment System has  established a coordinated global network of sand and dust storm research and forecasting centres. It seeks to enhance the ability of countries to deliver timely and quality forecasts, observations, information and knowledge to users, Mr Zhang said.

The main sources of mineral dusts are the arid regions of Northern Africa, the Arabian Peninsula, Central Asia and China. Comparatively, Australia, America and South Africa make minor, but still important, contributions. Global estimates of dust emissions, mainly derived from simulation models, vary between one and three Gigatons per year.

A global model assessment in 2014 estimated that exposure to dust particles caused about 400 000 premature deaths by cardiopulmonary disease in the over-30 population. Some infectious diseases can be transmitted by dust.

Meningococcal meningitis outbreaks occur worldwide, yet the highest incidence is found in the “meningitis belt”, a part of sub-Saharan Africa with an estimated population of 300 million. 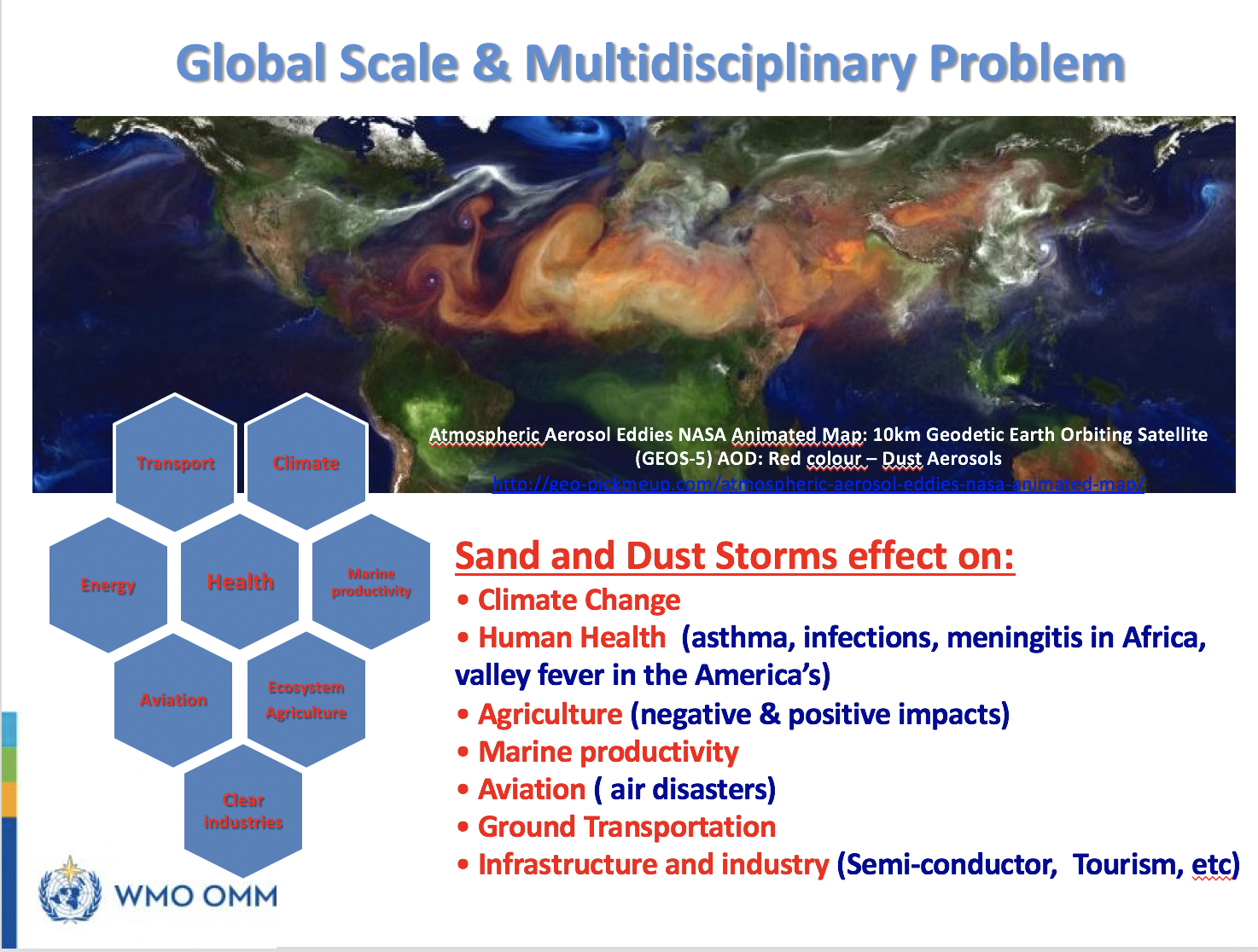 “It is unconscionable that information that can help the health of people affected…is not available to them,” said Kofi Annan, former UN Secretary-General, in a WMO video played at the event. The video also illustrated the impacts of sand and dust storms on the environment and economy.

WMO’s Sand and Dust Storm Warning Advisory and Assessment System is a  global federation of partners organized around regional nodes. It integrates research and user communities (e.g., from the health, energy, transport, aeronautical, and agricultural sectors).

The UN General Assembly has adopted resolutions on sand and dust storms, calling for strengthened UN action against a hazard which poses a severe impediment to the sustainable development of affected countries and the well-being of their peoples.