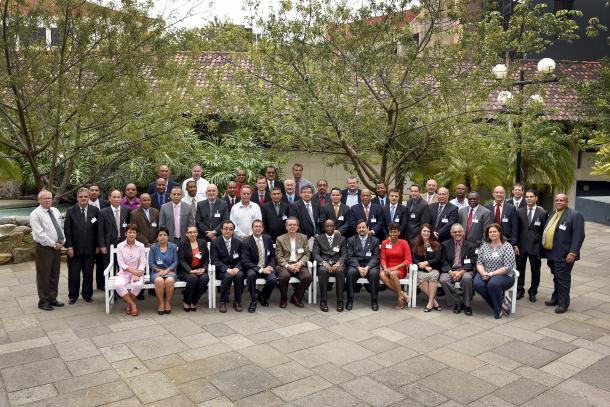 WMO’s Hurricane Committee is meeting to review the 2014 hurricane season in the Atlantic and Eastern North Pacific basins, to prepare for the forthcoming one and to strengthen warnings of hazards such as storm surges and coastal flooding.

The Republic of Costa Rica is hosting the 37th session on 13-17 April 2015, attended by about 50 participants from 27 Members. The Hurricane Committee covers North America, Central America and the Caribbean. It is one of the five regional tropical cyclone bodies under the WMO Tropical Cyclone Programme. WMO’s Regional Specialized Meteorological Center (RSMC) in Miami is the designated centre for hurricane forecasting advisories to Members in the region.

Tropical cyclone activity in the Atlantic basin during the 2014 season was somewhat below average.  Of the eight tropical storms that formed, six became hurricanes, and two reached major hurricane strength (category 3 or higher on the Saffir-Simpson Hurricane Wind Scale).  In comparison, the 1981-2010 averages are 12 tropical storms, 6 hurricanes and 3 major hurricanes.

During its session, the Hurricane Committee will consider retirement and replacement of hurricane names which are no longer appropriate. It also provides a forum to further strengthen international and regional coordination and collaboration and to maximize scientific and technological advances for new forecasting products.

One important development is that the RSMC Miami will start, step by step, to provide storm surge and wave forecasting information to Members with an impact-based and risk-mapped multi-hazard approach.  This is in line with WMO moves to develop and implement Storm Surge Watch Schemes in all tropical cyclone basins.

With USAID funding, it is intended to expand a Coastal Inundation Forecast Demonstration Project to cover the entire Caribbean. The initial focus will be on the Dominican Republic and Haiti, with an extended invitation to other Hurricane Committee Members to be engaged and involved in the project.

The mission of the WMO Tropical Cyclone Programme is to reduce the loss of life and damage caused by tropical cyclones to a minimum through establishment of national and regionally coordinated systems leading to early delivery of forecasting, warnings services to users with multi-hazard approach.