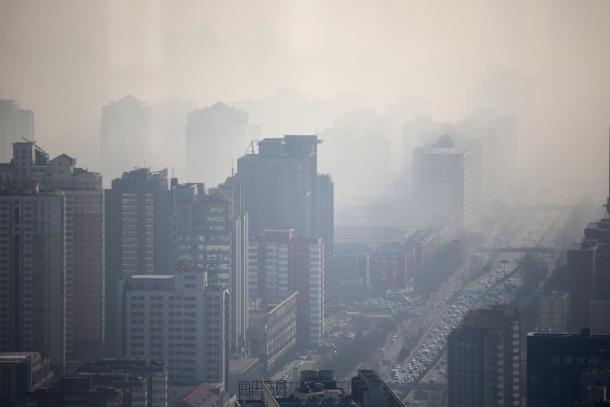 The World Meteorological Organization has joined the global commitment to reduce deaths due to air pollution by two thirds by 2030. 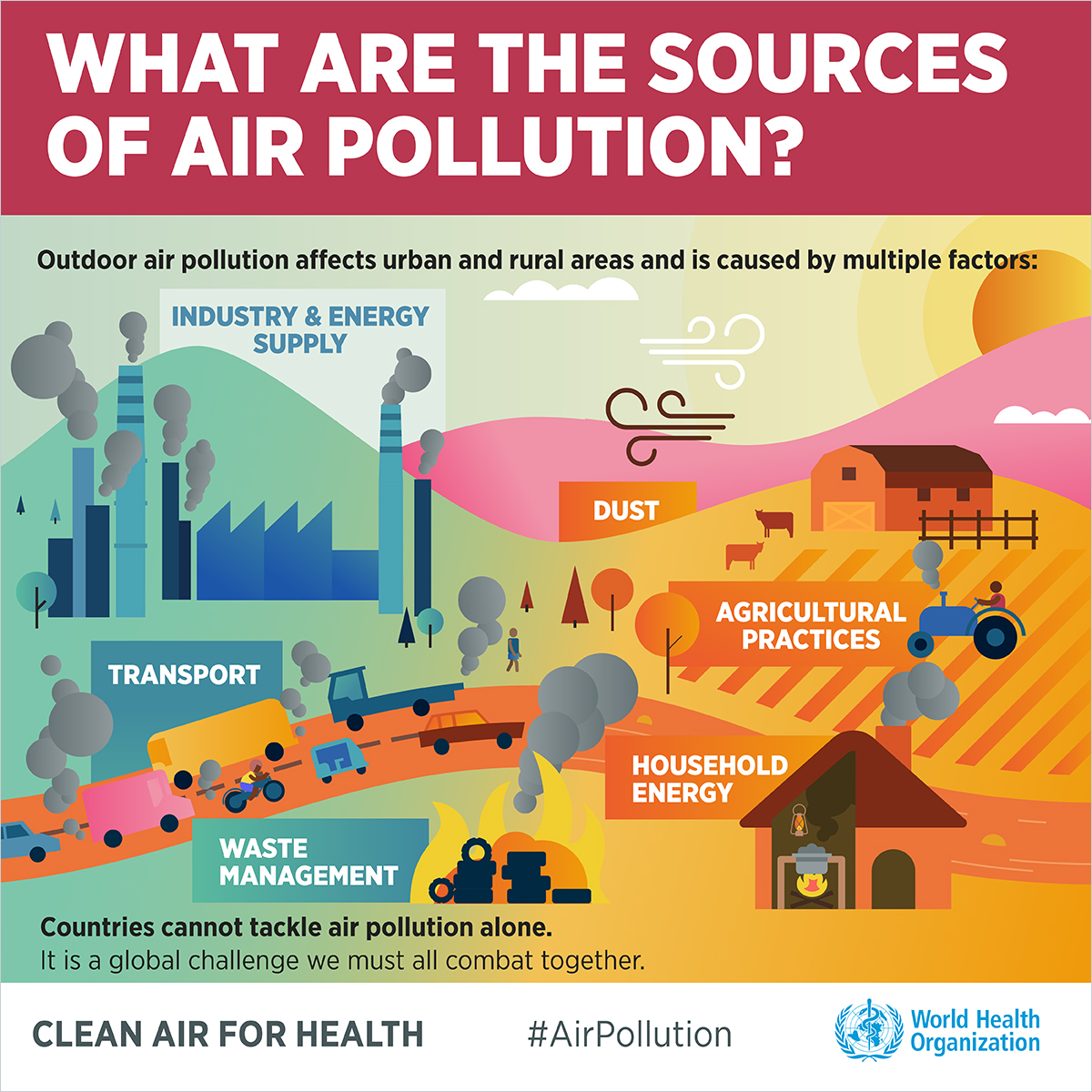 At the World Health Organization’s first ever Global Conference on Air Pollution and Health, WMO pledged to strengthen the quality and availability of pollution observations, enable provision of air quality forecast and advisory services and incorporate health impacts in key scientific assessments on climate and climate change.

WMO was a co-organizer of the three-day event, which secured commitments from governments, health authorities, international agencies and the scientific community to act against air pollution.

Air pollution shortens the lives of around 7 million people each year, and nine out of 10 people breathe air polluted by traffic emissions, industry, agriculture or incineration, said WHO Director-General Tedros Adhanom Ghebreyesus,

“No one escapes from the womb to the grave,” he said, pointing out that children are especially vulnerable. “The cost of action is high but the cost of inaction is even greater.”

“Action to improve air quality and tackle climate change are both a top global priority,” said Mr Taalas. “We can mitigate both problems with the same means by getting rid of fossil energy,” he said.

Earlier this year WHO and WMO signed an agreement to improve health outcomes through better weather, climate, atmospheric and hydrological services and through improved monitoring and management of environmental health risks, such as hazardous air quality. This includes closer coordination between meteorological services which observe and predict air quality, and health authorities, which deal with the impact of human exposure to pollutants.

WMO and WHO have had a joint office on climate and health since 2014.

Participants at the conference recommended an aspirational goal of reducing the number of deaths from air pollution by two thirds by 2030.

Reaching this goal will save significant global healthcare costs every year. The wider economic impacts of premature deaths due to ambient air pollution amount to USS 5.7 trillion in welfare losses, or 4.4 percent of global GDP in 2016. To reach this goal and resolve this health crisis, bold and prompt action is needed. In particular there is a need to avoid dirty fuels and technologies in transport and energy production; to stop uncontrolled burning of solid waste and agricultural waste; reduce use of fertilizers in agriculture; and promote clean technologies and fuels and green, clean cities.

“No country should remain without Early Warning Systems by 2030,” she said.

Specifically, WMO is committed to:

Ahead of the conference, WMO released a new report on Reactive Gases, focusing on ozone pollution.  It said that air quality regulations and anti-pollution measures in Europe and North America have had very positive impacts on air quality. Since the year 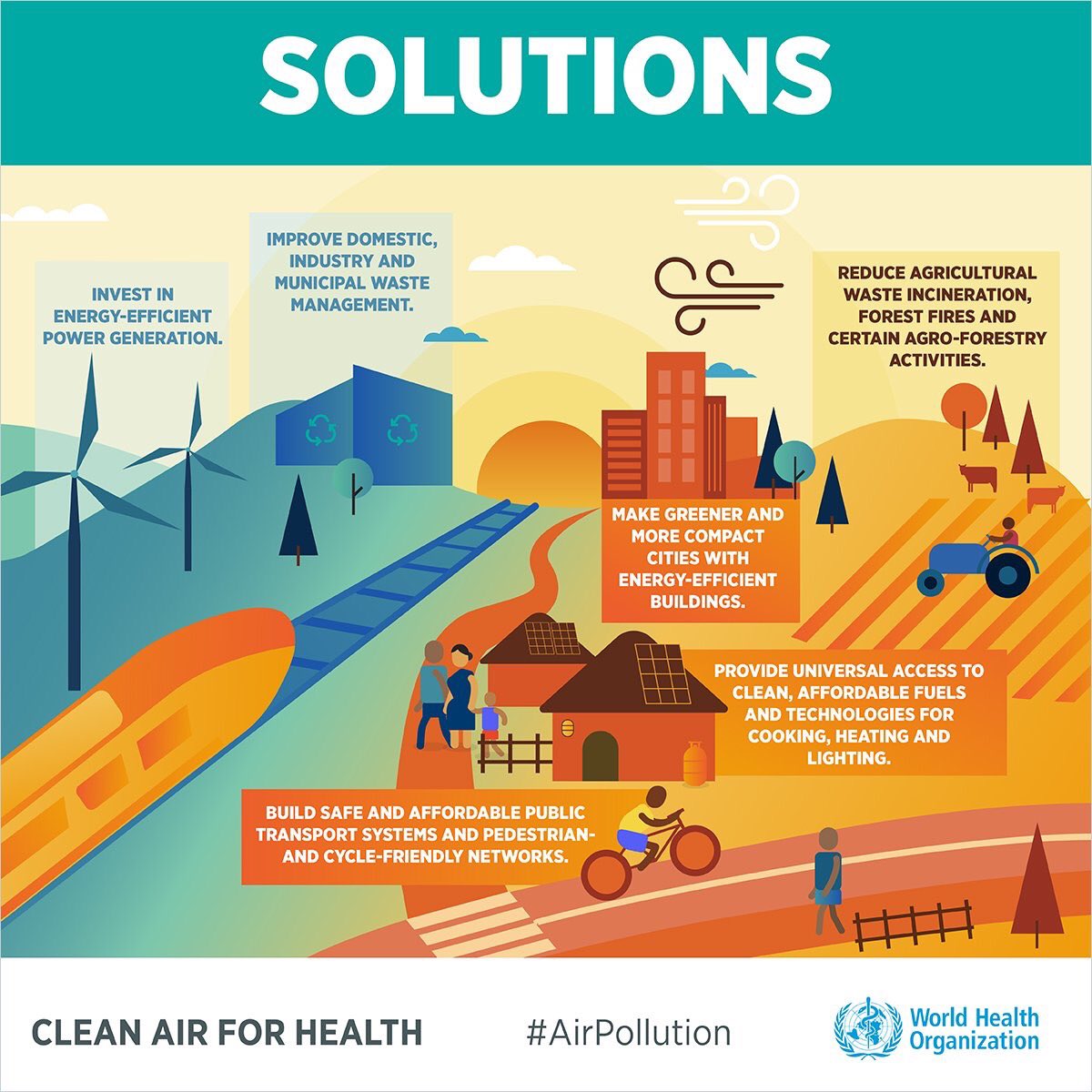 2000, both average and peak surface ozone concentrations have levelled off and even started to fall at some locations after increasing throughout the twentieth century.

By contrast, the few available monitoring stations in East Asia have measured a continuous increase in ozone levels. Tropospheric ozone is harmful to human health, crops and ecosystems and is also a greenhouse gas and, due to long-distance atmospheric transport, some surface sites on the west coast of North America also show a continued increase, according to the WMO Reactive Gases Bulletin.

In one of many practical steps, WMO is working to improve warnings of sand and dust storms, which adversely impact human health, the environment, agriculture and transport in more than 150 countries. The main sources of mineral dusts are the arid regions of Northern Africa, the Arabian Peninsula, Central Asia and China.

The WMO SDS-WAS Regional Centre for Northern Africa, Middle East and Europe operated by the State Meteorological Agency of Spain (AEMET) and the Barcelona Supercomputing Center (BSC) has just inaugurated a warning advisory system for Burkina Faso, in collaboration with its National Meteorological Agency.

Burkina Faso is badly affected by sand and dust storms and is within a belt of African countries vulnerable to Meningococcal meningitis which has a link to sand and dust.

The funds to support the new advisory system for Burkina Faso came from the Climate Risk and Early Warning Systems initiative.