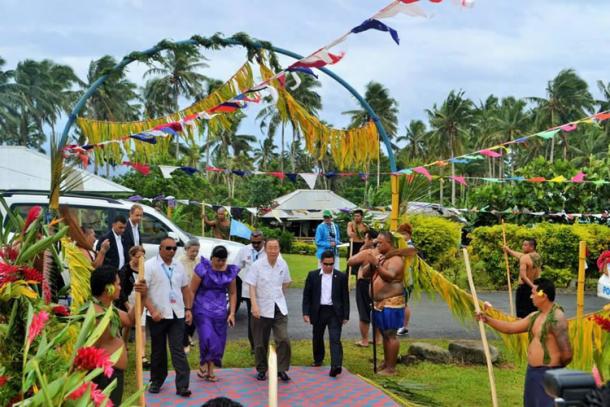 As part of its contribution to the International Conference on Small Island Developing States (SIDS), WMO, on behalf of all its partners, has launched a new partnership for strengthening weather and climate services in SIDS in the Caribbean, South Pacific, Indian Ocean and other regions.

“There is a lot of talent and skill residing in the weather services of small island States,” said WMO Deputy Secretary-General Jerry Lengoasa, who is attending the conference. “But given their small size, these countries need to join forces with partners to develop a critical mass of operational capacity. WMO is fully committed to supporting small islands as they attract investments and build partnerships for developing and using weather and climate services.”

Many SIDS are already providing effective weather and climate services to their citizens, and they are contributing essential observations and research to the global community. Because of their isolation and high exposure to the risks of extreme weather events and of climate change, however, they urgently need to make further progress.

SIDS are dramatically affected by climate variability, climate change and natural disasters, including tropical storms, floods, droughts, and tsunamis. Since 1970, SIDS have been hit by more than 650 hydrometeorological disasters, especially storms and floods, which affected more than 35 million people and caused damages of some USD 34 billion. These figures may underestimate the actual state of affairs by a factor of two, and they would also be higher if they included not just SIDS but all small island countries and territories.

The new partnership will reinforce the capacity of SIDS to cope with weather, climate, and water-related extreme events. It will strengthen preparedness and multi-hazard early warning systems, and it will improve access to timely and user-friendly weather and climate information. By integrating weather and climate information into the decision-making process, it will also contribute to sustainable development and climate adaptation. The partnership will seek to do this in a systematic manner, rather than through a series of stand-alone projects.

The partnership will initially focus on economic sectors that are particularly sensitive to weather and climate, including agriculture and food security, disaster risk reduction, health, and water resource management. The expected results from now through 2019 are ambitious yet feasible: