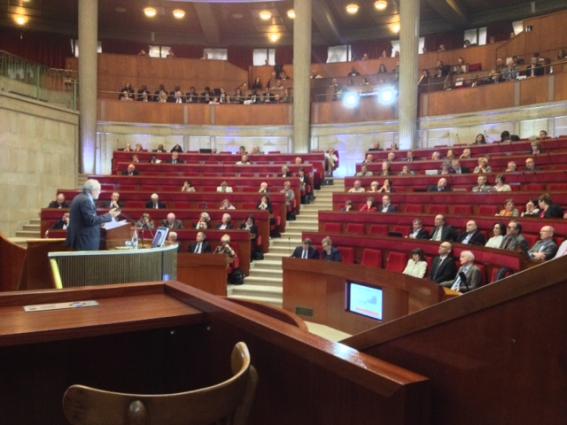 The session took stock of efforts made in France in addressing global warming and reviewed the challenges and opportunities of climate policies at national and international level for years to come, with particular attention to the forthcoming 21st Conference of the Parties to the United Nations Framework Convention on Climate Change, hosted by France in Paris on 30 November - 11 December 2015.

In his presentation, the Secretary-General highlighted the most important changes in the climate system occurring in the last decades and the opportunities for the international community to agree on an ambitious climate action and a new global agreement to maintain temperature increase withing 2°C above pre-industrial revolution levels.

He also underlined the contribution of WMO scientific and technical activities to inform the negotiations and support mitigation and adaptation actions.