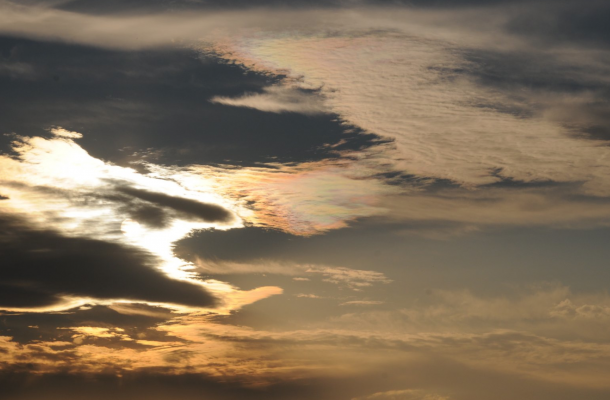 The World Meteorological Organization is issuing another call for the submission of high quality photographs of clouds to feature as “reference images” in the next edition of the International Cloud Atlas.

The aim is to produce a user-friendly, digital-based product, which is an authoritative, comprehensive and up-to-date source of reference and is also interesting and accessible to a wide audience. It will also include new types of cloud.

Professional meteorologists, weather observers and cloud photographers are encouraged to submit high-resolution colour images of all types of clouds and meteors, along with accompanying metadata (information on where and when the photograph was taken and a description of the weather situation).

Submissions should be sent, before the end of March,  to a special dedicated website operated by the Hong Kong Observatory on behalf of WMO. They will be considered by a special international Task Team, which hopes to select the images by the end of this year, and conclude the revision of the Cloud Atlas during 2016. WMO wants to ensure a wide geographical spread of images.

The International Cloud Atlas was developed as a standardized reference document for operational observation systems, which underpin weather forecasts and longer-term climate predictions. It is an important training tool for meteorologists, as well as for those working in aviation and at sea.

It has also been very popular with amateur enthusiasts and cloud spotters.

The target audience of the revised Cloud Atlas is still primarily professional observers, but it also of wider interest to the general public.

The existing Cloud Atlas has two volumes and was originally published in 1956. Volume I is a detailed technical manual of standards. Volume II contains around 220 plates of photographs of clouds and certain other meteors (such as precipitation types, haze, rainbows, and lightning).

Each photograph is accompanied by explanatory text to enable the pictures in Volume II to be understood without the detailed technical definitions and descriptions contained in Volume I, and has been revised and updated on several occasions, most recently in 1987 with the addition of new photographs.

The WMO Task Team responsible for updating the Cloud Atlas has recommended that the revised web-based Cloud Atlas should integrate both volumes I and II in one incorporated version.  This is subject to approval by WMO’s Executive Council.

The present international system of Latin-based cloud classification dates back to 1803, when amateur meteorologist Luc Howard wrote a book The Modifications of Clouds.  WMO currently recognizes ten cloud genera (basic classifications), which describe where in the sky they form and their approximate appearance:

The international Task Team has given consideration to possible new cloud classifications, and proposes recognition of a new species Volutus (from the Latin volutus which means rolled) It also proposes some new “special clouds” like Homogenitus (from the Latin homo meaning man and genitus meaning generated or made. Its common names include Contrails (from aircraft)

Most public interest has focused on a proposal by the Cloud Appreciation Society, based in the UK, to recognize the so-called “asperitas cloud (Latin for roughness). The international Task Team defined this as “well-defined, wavelike structures in the underside of the cloud, more chaotic and with less horizontal organization than undulatus. It is characterised by localized waves in the cloud base, either smooth or dappled with smaller features, sometimes descending into sharp points, as if viewing a roughened sea surface from below. Varying levels of illumination and thickness of cloud can lead to dramatic visual effects."

Undulatus already exists as a cloud variety, the third level of classification, which is generally associated with stratiform clouds. The Task Team has proposed that asperitas (note spelling: after the Latin noun meaning roughness) be included as a new supplementary feature, and has selected an image for inclusion in the new Atlas, based on a competition by the Cloud Appreciation Society.

All the proposals are subject to approval by WMO’s Executive Council.

Volume I of the Cloud Atlas is a technical manual of standards and therefore any revision will entail amending WMO’s technical regulations. The World Meteorological Congress in June approved a proposal that this will be done remotely, without the need for a formal session. It also stressed the need for extra resources to finance the project and a printed publication.

Submissions for the new International Cloud Atlas should be sent here.

Hard copies of the Atlas can be purchased for SFr 40 from WMO. Details here.