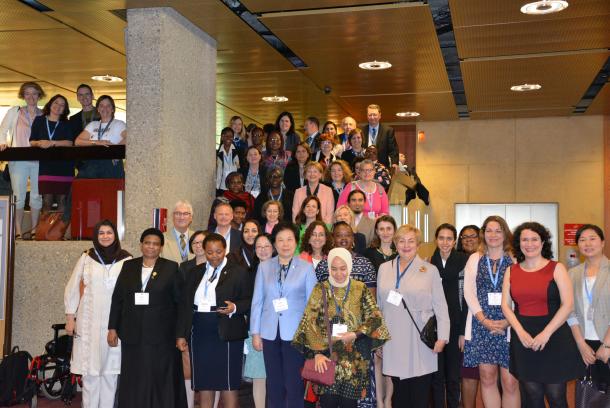 The eighteenth World Meteorological Congress renewed its commitment to gender equality and diversity by adopting an updated Gender Action Plan (GAP), strengthening the network of gender advocates in the WMO community and marking World Oceans Day with the theme “Gender and oceans”.

It has already become a tradition to mark Gender Day during the World Meteorological Congress to assess progress, exchange views and decide on ways forward for achieving gender-responsive climate and weather services and for celebrating women’s leadership in environmental science, in accordance with the WMO Gender Equality Policy.

The day started with a networking breakfast hosted by the Deputy Secretary General Elena Manaenkova. The event aimed at providing a platform for bringing together female delegates to Congress and gender advocates from the WMO community as well as mobilizing action for GAP implementation at the regional and national levels.

Discussions regarding GAP implementation in governance, capacity development, communications and service provision highlighted, among others:

Participants have also made personal commitments to serve as gender champions in the WMO community and turn GAP actions into reality. 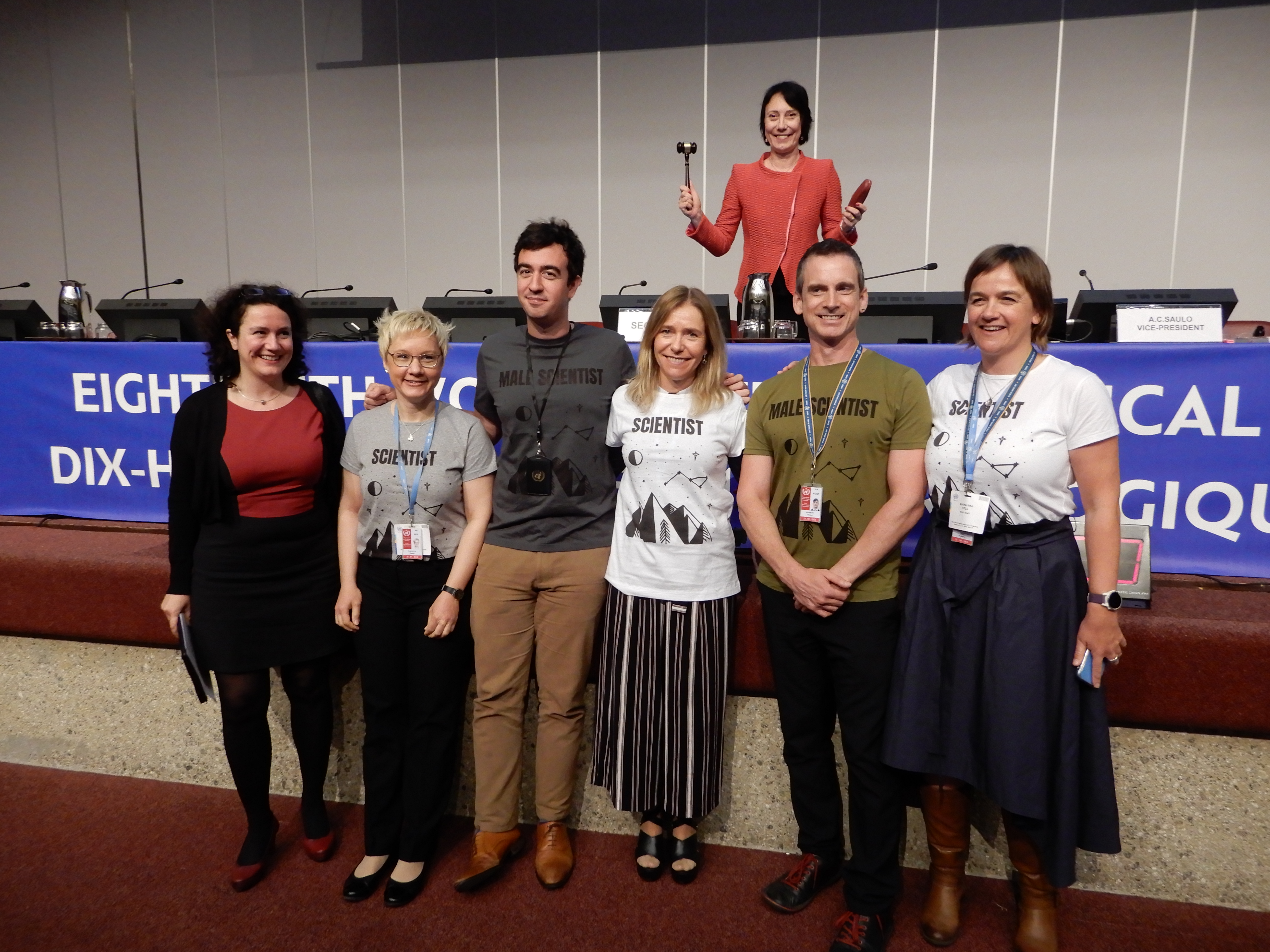 Lively discussions in the plenary

In chairing the plenary discussion on gender equality, the WMO First Vice-President Celeste Saulo reiterated the opportunity that the WMO reform presented for adhering to gender equality and regional balance principles in the new structures.

Members from all regions demonstrated strong support for the adoption of the updated Gender Action Plan and the priorities identified for 2020-2023. They asked for more ambitious targets for female representation in WMO constituent bodies, highlighting the need to remain resolute in efforts and focus on implementation.

A group of gender champions from the Secretariat underlined the need to break STEM stereotypes by wearing T-shirts that flip the discourse on female and male scientists. They stressed the need to support “equality in science” rather than “women in science” which reinforces existing stereotypes.

With regard to progress achieved, it is worth noting that representation of women increased with around 6% on members’ delegations at meetings of constituent bodies and with 5% in constituent bodies’ working structures, as compared to 2015. The main driver of this increase has been targeted action, such as Women’s Leadership Workshops and the adoption of a Regional Action Plan for Region III (South America).

However challenges remain in certain constituent bodies, in leadership roles and in sustaining achievements. 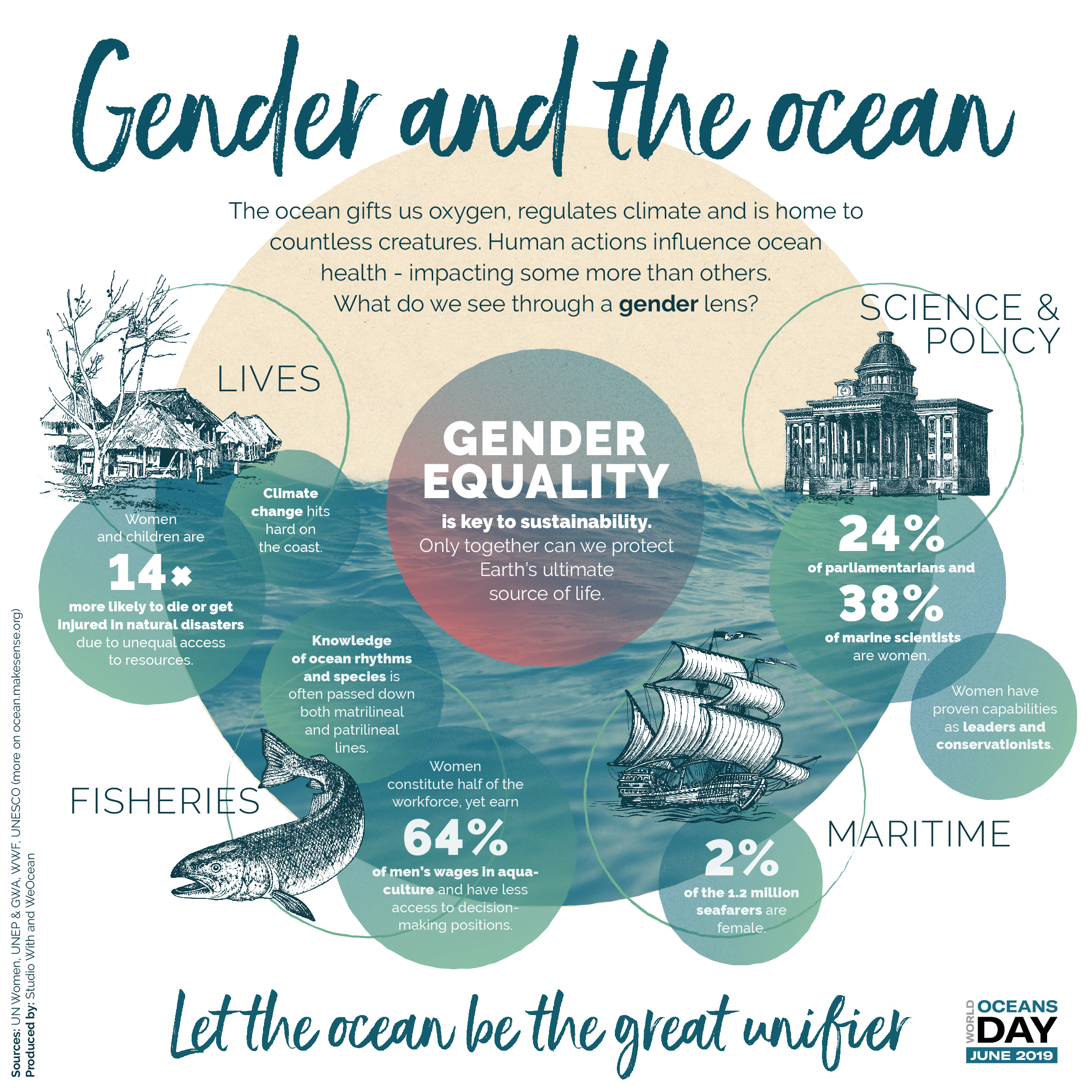 In the first week of Congress and running up to World Oceans Day, WMO featured the achievements and  experiences of women who work in and on our ocean as well as their advice to young female scientists. Gender-diverse and inclusive ocean science and marine meteorology are vital to better understand, monitor, conserve and unlock sustainable opportunities in the ocean space. According to a recent UNESCO Report, women make up 38% in ocean science, 10% higher than in science overall.

In the second week of Congress, the value of inclusive and gender-responsive approaches to coastal hazards and delivery of coastal services was underlined. Lessons learnt were shared from projects of two WMO programs:

- CREWS Caribbean, a project of the global collaborative initiative Climate Risk and Early Warning Systems (CREWS), that has conducted a review of gender-specific issues of the early warning system in the Caribbean, as part of its 2017 Assessment. The review recommended enhancing partnerships, improving targeting of NMHS messages to women and men and better assisting women and men in managing risk, according to their socio-cultural characteristics;