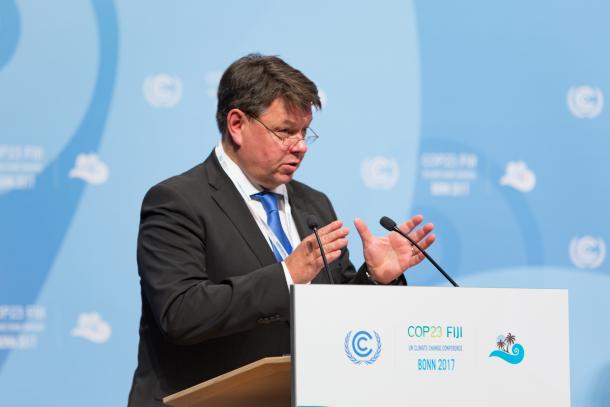 For the first time ever, the World Meteorological Organization presented its latest reports on atmospheric greenhouse gas concentrations and the state of the climate at the opening ceremony of the United Nations climate change negotiations.

“The role of the World Meteorological Organization is to provide you with the latest and best data and information on the state of the climate, and the impact of human activities,” WMO Secretary-General Petteri Taalas told delegates.

“We just published Greenhouse Gas report last week, where we showed that the annual average concentrations of carbon dioxide exceeded 403 parts per million in 2016. Emissions are leveling out, but concentrations – because CO2 remains in the atmosphere – increased at a record pace from 2015 to 2016.

The year 2016 was the warmest on record – 1.1 °C above the preindustrial period, partly due to a strong El Niño event. 2017 is expected to be one of the three warmest years on record, and the warmest not influenced by El Niño. 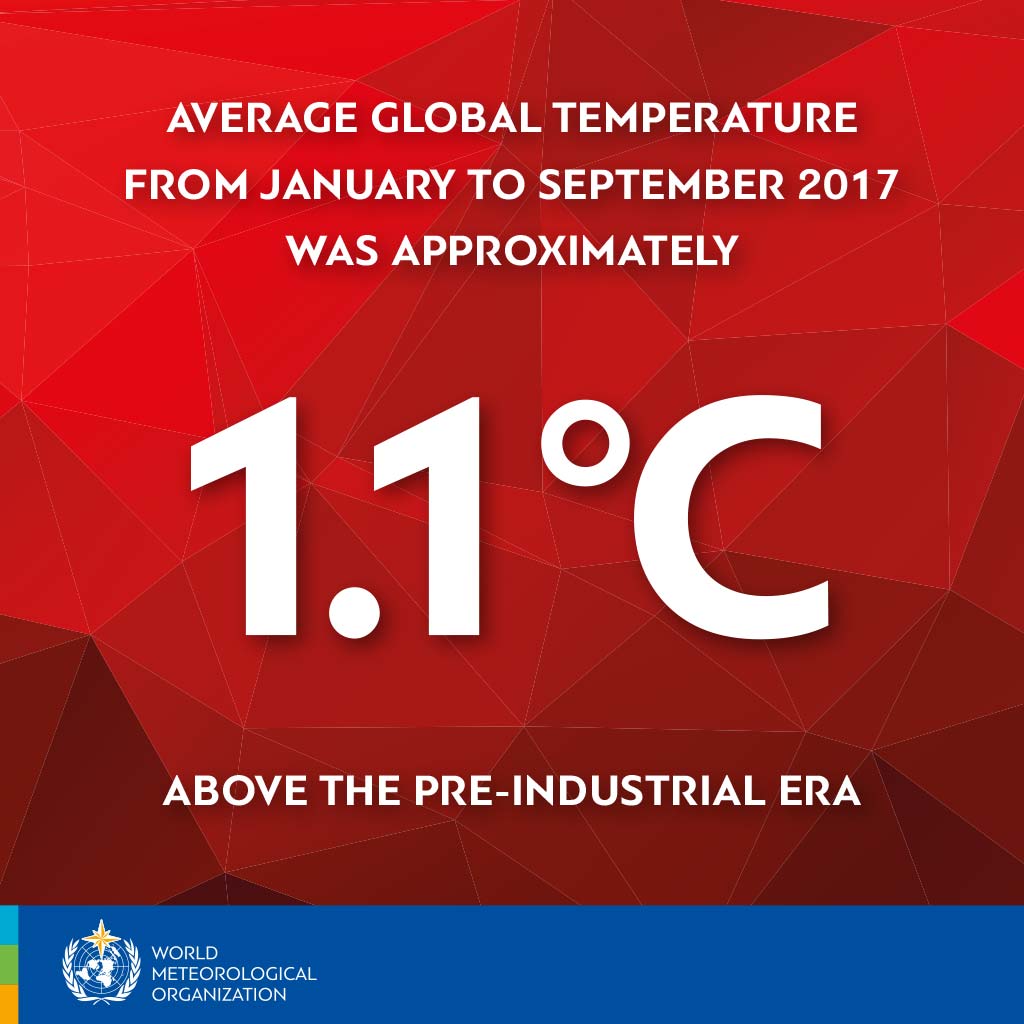 The last five-year average global temperature is expected to be the highest on record.

Based on observations and data from WMO’s national, regional and global centers, it shows that the increase in global temperature is accompanied by other, far-reaching, changes in the climate system.

The North Atlantic hurricane season broke records and led to massive loss and damage in the Caribbean and U.S.A. There were major monsoon floods in South Asia and continuing severe drought in east Africa. The drought has been boosting crisis in fragile countries, like Somalia.

These events demonstrate the power of the climate system to affect the well-being of people, disrupt natural ecosystems, threaten food security, and trigger displacement and migration.

For this reason, WMO has strengthened its collaboration with other United Nations agencies to better reflect such impacts in its global climate report.

The Paris Agreement offers us the instrument to curb greenhouse gases, promote climate resilience and adaptation, and avert the worst impacts of climate change.

Weather and climate services and products – based on the best available science – can assist in the effort to reduce climate risks.

WMO will continue to support research and observations carried out by the World Climate Research Programme, the Global Climate Observing System and the Global Atmosphere Watch. There is a need to enhance the amount of GHG monitoring stations tenfold to monitor the progress of Paris agreement implementation and to follow the trends of GHGs in real atmosphere. 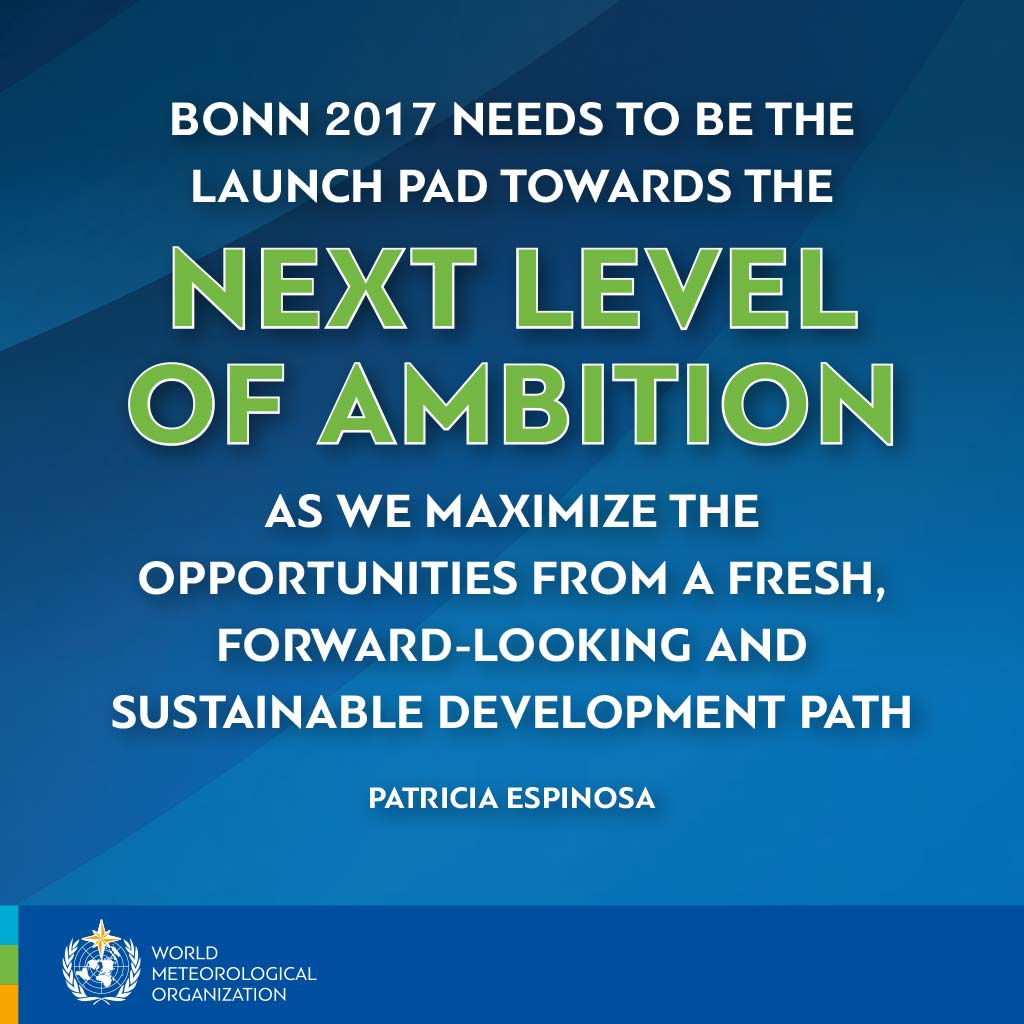 Due to the inertia of the climate system we expect to see the negative trends with growing amount of disasters to continue until the 2060’s. The leading US science institutions published Climate Science Special Report last week. It and other scientific studies indicate that we are moving towards 3-5 degrees warmer climate by the end of this century rather than towards 1.5-2 degrees.

So, we have a common challenge to raise the level of ambition in climate mitigation. We have a couple of decades to carry out a considerable change in our energy, transport and dietary systems to avoid major problems for the future generations. Due to thousands of years of lifetime of carbon dioxide the time window for action is narrow.