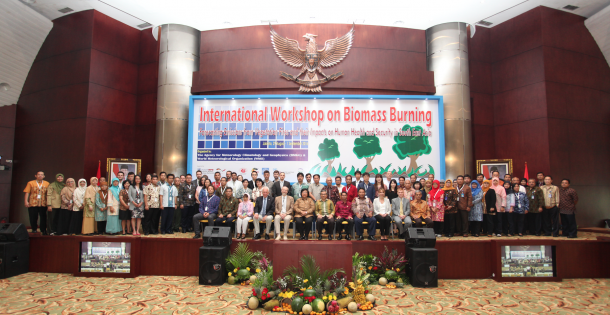 The World Meteorological Organization co-sponsored an international workshop on forecasting emissions from vegetation fires and their impacts in human health and security in South East Asia. This was in response to the 2015 Indonesian fires, which were stoked by El Niño and drought and caused regional economic and social disruption and contributed to a spike in global greenhouse gas emissions.

The meeting was aimed at improved forecasting, prevention and management of vegetation fire and smoke pollution, and better exchange of information on climate and air quality information. It also made recommendations to support the potential establishment of Regional Fire and Smoke Pollution Warning and Advisory Centers – similar to successful regional initiatives on sand and dust storms.

Bringing together more than 100 scientists, the workshop took place from 29 August to 1 September in Jakarta. It was hosted by Indonesia’s Agency for Meteorology, Climatology and Geophysics (BMKG), co-organized by the International Biomass Burning Initiative (IBBI) and supported by the UN International Office for Disaster Reductions’s Wildfire Preparedness Mechanism, International Global Atmospheric Chemistry (IGAC) Project, Germany’s international development agency GIZ, the UN University, and the Global Wildland Fire Network and the Global Fire Monitoring Center. It was followed by a training session on vegetation fire and smoke pollution warning attended by 50 participants from the ASEAN region.

“BMKG as one element of the government has a very important role and strategic in efforts to prevent forest fires,” said Indonesia’s Minister of Environment and Forestry, Dr. Siti Nurbaya Bakar. “Information of atmospheric dynamics and climate variability such as El Niño events, forecasts and early warning related to weather and climate are very important in prevention and in mitigation measures once the fire has occurred,” she said during the opening ceremony of the workshop.

The forest area in Indonesia covers about 130 million hectares, but is under constant pressure as a result of “slash and burn” tactics and the spread of agro-industrial plantations and human settlements.

Fires burned around 3 million hectares of land during the 2015 dry season, which was longer and drier than average because of El Niño.

According to the National Disaster Mitigation Agency (BNPB), the damages to the national economy amounted to Rp 221 trillion (US$16.5 billion), or around 1.9 percent of the country’s Gross Domestic Product, more than double what was spent on rebuilding Aceh after the 2004 tsunami.

The economic impacts included transport disruption and flight cancellations due to poor visibility. The fine particles generated by vegetation fires posed a health risk in parts of Indonesia and neighboring states.

The fires also had a long-term repercussion for the international environment. It was estimated that the fires burning in September and October 2015 until the onset of the rainy season released about 11.3 teragrammes (trillion grams) of CO2 per day. For comparison, the daily release of CO2 from fossil fuel burning in the European Union is 8.9 teragrammes. This drew attention at the Paris climate change negotiations to the contribution of vegetation fires to greenhouse gas emissions responsible for global warming. 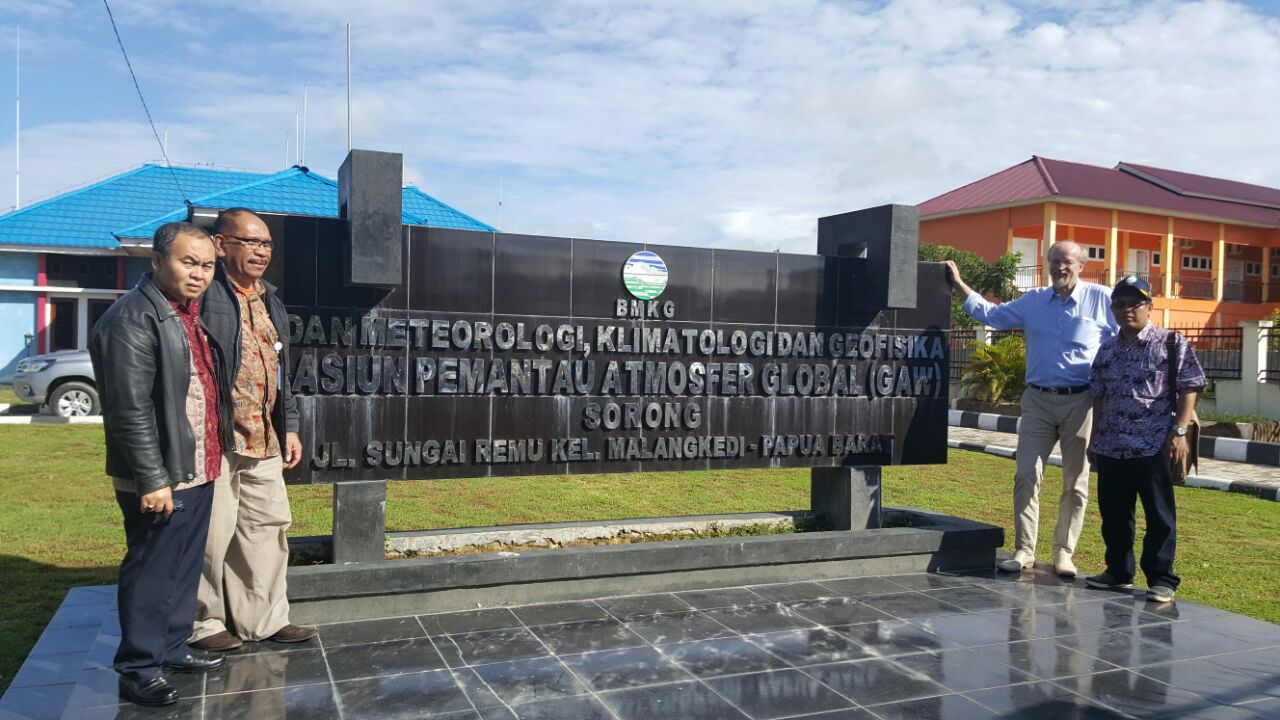 To support greenhouse gas and particulate monitoring, BMKG has established two new Global Atmospheric Watch (GAW) stations in Central Sulawesi and West Papua. These were inaugurated by the Indonesian Minister of Environment and Forestry at the opening of the international workshop.

“We will contribute to the data from WMO’s Global Atmosphere Watch Network which monitors the atmosphere and will support Indonesia’s efforts to reduce national CO2 emissions” said Dr. Andi Eka Sakya, Director General of BMKG on his welcoming speech.