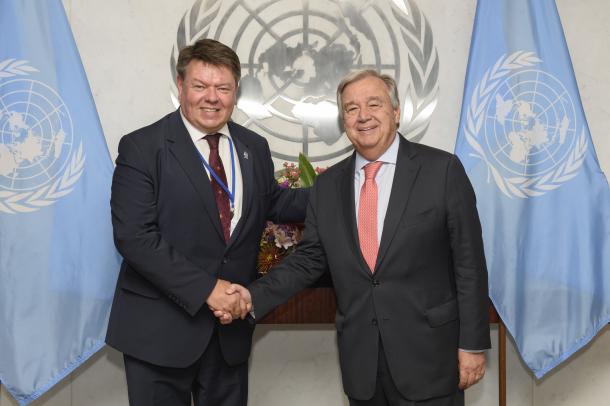 The world risks crossing the point of no return on climate change, with disastrous consequences for people across the planet and the natural systems that sustain them, the United Nations Secretary-General António Guterres warned on Monday, calling for more leadership and greater ambition for climate action, to reverse course.

WMO Secretary-General Petteri Taalas was in New York to provide scientific support for the major policy statement and to stress WMO’s  commitment to Mr Guterres' vision of raising ambition for climate action in support of the Paris agreement and the 2030 development Agenda.

“Climate change is the defining issue of our time – and we are at a defining moment What makes all of this even more disturbing is that we were warned. Scientists have been telling us for decades. Over and over again,” said the UN Secretary-General, who will convene a climate summit in September 2019.

The pledge made by world leaders in the Paris Agreement three years ago to stop temperature rising by less than 2-degree-Celsius and working to keep the increase as close as possible to 1.5-degree-Celsius, “were really the bare minimum to avoid the worst impacts of climate change,” said Secretary-General Guterres, in his landmark speech on climate action, at UN Headquarters in New York.

“The mountain in front of us is very high but it is not insurmountable. We know how to scale it,” he continued. 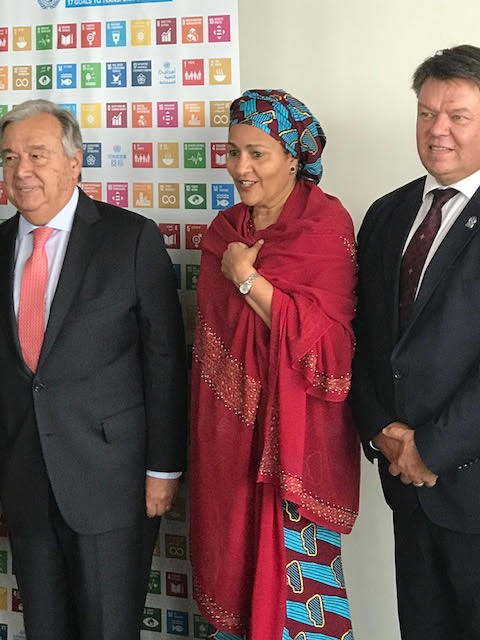 “Put simply, we need to put the brake on deadly greenhouse gas emissions and drive climate action,” he added, calling for a shift away from the dependency on fossil fuels towards cleaner energy and away from deforestation to more efficient use of resources,” said Mr Guterres.

The year 2018 is on track to be one of the warmest years on record, again, in line with the long-term trend of climate change, ice and glacier melt, sea level rise and ocean acidification.

In comments to  journalists, Mr Taalas highlighted the record high temperatures and precipitation anomalies which have affected many regions of the world in 2018, including the severe summer heatwave in Europe and  monsoon flooding in India and Southeast Asia. He underlined the risk of high and long-lasting concentrations of greenhouse gases in the atmosphere and the major challenge of reducing emissions. He stressed the need to weather proof our society to the impacts of extreme weather, climate and water-related events through early warnings, climate adaption and by building resilience.

Press briefing with WMO Secretary-General at UN headquarters is here