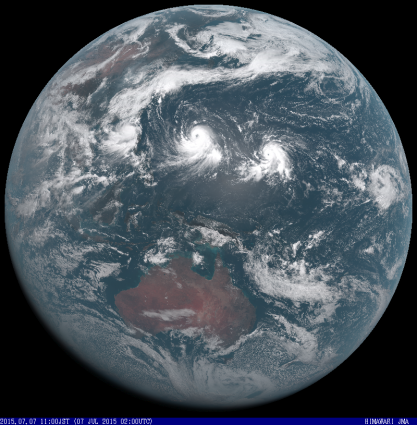 WMO welcomes the advent of a new generation of geostationary meteorological satellites, which will make a major contribution to weather prediction and prevention and mitigated of weather-related disasters.

Himawari-8 was launched using H-IIA Launch Vehicle No. 25 on 7 October 2014 from the Tanegashima Space Center, and JMA subsequently conducted testing and checking of the satellite and related systems. During the commissioning phase, Himawari-8’s capacity for superior earth monitoring with multi-band, high-resolution and high-frequency observation was verified.

The World Meteorological Organization welcomes the operation of Himawari as the start of a new era for geostationary meteorological satellites. WMO shares the belief of JMA that it will contribute to the prevention and mitigation of weather-related disasters in the East Asia and Western Pacific regions as past satellites have done. 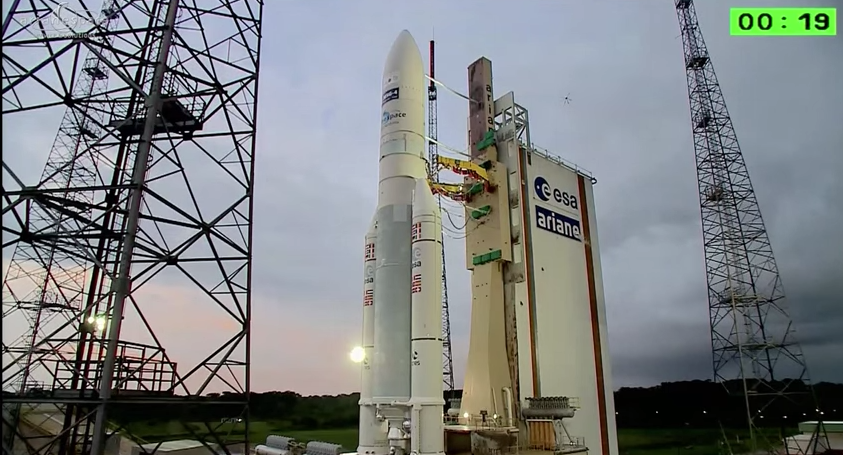 Just before midnight on 15 July, MSG-4 was successfully launched from Kourou, Europe’s Spaceport in French Guiana, on an Ariane-5 launcher. MSG-4 is the last of the MSG series of geostationary satellites resulting from the successful cooperation model with the European Space Agency (ESA).

Alain Ratier, EUMETSAT’s Director-General, said, “With MSG-4 en route towards geostationary orbit, we are preparing for a safe and smooth transition to Meteosat Third Generation. After commissioning, MSG-4 will be stored in orbit for 2.5 years, and will then be exploited until two MTG-I satellites become operational in orbit, in 2023.”

The Meteosat services from geostationary orbit cover the European and African continents and parts of the Atlantic and Indian oceans. The Meteosat satellites also provide a unique observational input to Numerical Weather Prediction models, complementing the primary inputs delivered by the polar-orbiting Metop satellites. The satellites have already accumulated climate data records of more than 35 years.