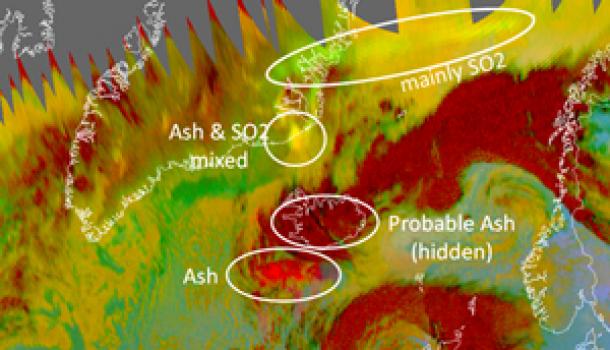 The World Meteorological Congress is being regularly updated about developments in the eruption of the Grímsvötn volcano in Iceland.

There are nine Volcanic Ash Advisory Centers (VAAC) across the world, established by the International Civil Aviation Organization (ICAO) in close cooperation with WMO and the International Union of Geodesy and Geophysics (IUGG) They are operated by WMO Members and provide meteorological information in support of the International Airways Volcano Watch system.

The VAAC responsible for the area where the eruption has occurred (called the lead VAAC) issues a Volcanic Ash advisory based on observations, meteorological data and forecasts of transport and dispersion. The lead VAAC is based in the United Kingdom and is responsible for monitoring and reporting the spread of ash over the UK, Iceland and the north-eastern part of the North Atlantic Ocean.

Experts from the UK Met Office, which acts as the Lead VAAC, are providing regular briefings to Congress about the dispersion and predicted direction of the volcanic ash plume. Information can be found at www.metoffice.gov.uk/news/releases/latest/volcano

The VAACs use highly developed atmospheric models that calculate the transport of existing aerosols (such as volcanic ash) with the prevailing winds. They also predict how turbulent motions in the atmosphere help to disperse the ash cloud until it is considered safe to fly in.

This modelling and information is used to advise the Civil Aviation Authority (CAA) and National Air Traffic Services (NATS) where the ash is likely to be and taken into account when decisions are made about flights.

Very fine volcanic ash particles sucked into a jet engine melt at about 1,100 C, fusing onto the blades and other parts of the turbine (which operates at about 1,400 C). They can erode and destroy fan blades, eventually leading to engine stall. They can also "blind" pilots by sandblasting the windscreen requiring an instrument landing, and damage the fuselage.