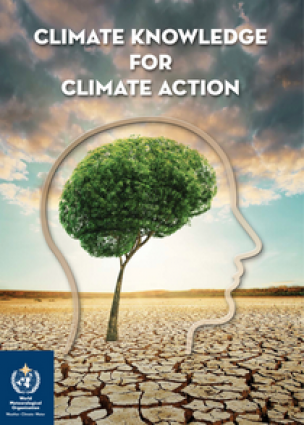 Climate Knowledge for Climate Action is the theme of World Meteorological Day on 23 March, highlighting both recent advances in climate science and the need for decisive measures to limit climate change.

Ceremonies and events around the world will showcase the contribution of National Meteorological Services to safety, well-being and sustainable development.

Over the last twelve months, thousands of lives have been saved around the world by improved weather forecasting, early-warning systems and disaster readiness.  The economic benefits of climate services such as seasonal outlooks have been worth hundreds of millions of dollars.

In a message for World Meteorological Day, United Nations Secretary-General Ban Ki-moon said the need to strengthen climate resilience was central to the U.N.’s activities in 2015.

“Extreme weather and changing climatic patterns are having a growing impact on our planet and on human well-being.” said Mr Ban Ki-moon.

“ In the last three decades, floods, storm surges, droughts and wildfires have taken a huge toll in lives and caused massive economic losses.  The devastation caused by Cyclone Pam in Vanuatu and other parts of Oceania is just the latest example of how catastrophic weather extremes can be,” said Mr Ban Ki-moon in a message.

“Climate change is increasing the intensity and frequency of these extremes and threatening water and food security in many parts of the world.  Mitigating climate change and adapting to it are among the great tests of our time,” said the U.N. Secretary-General.

This is the aim of the Global Framework for Climate Services, initiated by WMO with other U.N. partners to facilitate the use of climate information to reduce disaster risk, promote food and water security, and safeguard public health.

This has been made possibly by scientific progress in meteorology and climatology, which is among the most significant in all scientific disciplines.

“The climate knowledge that has been built in the last decades is an invaluable resource and a prerequisite for decision-making and for climate action,” said WMO Secretary-General Michel Jarraud. “Multiple lines of evidence – from mounting temperatures to shrinking glaciers, from sea-level rise to weather extremes – give us high confidence that the climate is changing and that this is largely due to human activities, in particular

the emissions of greenhouse gases that every year reach record high levels,” he said.

WMO’s Statement on the Status of the Climate in 2014, which will be released on 23 March, will provide details of weather extremes last year and the impacts of climate change. WMO has already said that 2014 was the hottest year on record, but only by a very small margin.

“The cost of inaction is high and will become even higher if we do not act immediately and resolutely,” said Mr Jarraud.

There will be a private sector forum starting at 9.30 am on 23 March focusing on climate information needs of the energy sector. Media are invited.