World Oceans Day 2013: Together, we have the power to protect the oceans 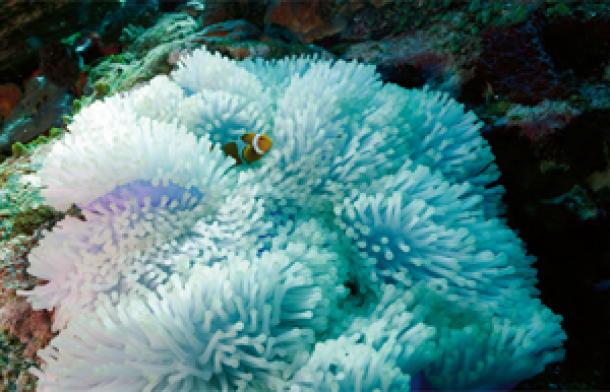 World Oceans Day 2013: Together, we have the power to protect the oceans

“Together, we have the power to protect the oceans” is the theme of World Oceans Day on 8 June, emphasizing the need for cooperation to safeguard our oceans which cover nearly three quarters of the Earth’s surface. As much as 40 per cent of the world oceans are heavily affected by human activities, including pollution, depleted fisheries, and loss of coastal habitats.

The interaction of the atmosphere with the oceans, which plays a critical role in shaping our climate through phenomenon such as El Niño and La Niña, lies at the heart of the mission of the World Meteorological Organization (WMO).

WMO is active in operational ocean forecasting in collaboration with UNESCO`s Intergovernmental Oceanographic Commission through the Joint WMO/IOC Technical Commission for Oceanography and Marine Meteorology. WMO cooperates with the International Maritime Organization and the International Hydrographic Organization, to provide marine safety services, in particular the World-Wide Metocean Information and Warnings Service.

Through its participation in the Global Ocean Observing System, the Global Climate Observing System, and the World Climate Research Programme, WMO is engaged in ocean observations and research for climate. As part of the Group of Experts on Scientific Aspects of Marine Environmental Protection, WMO participates in marine environmental assessments, including on atmospheric inputs of chemicals to the ocean and impacts of dust transport and deposition on marine productivity.

In collaboration with the Food and Agriculture Organization (FAO), WMO supports studies on the impacts of climate change on marine productivity and fisheries. WMO is also a major information source on CO2 concentrations in the atmosphere in relation to ocean acidification. Oceans absorb about 30 per cent of carbon dioxide produced by humans, buffering the impacts of global warming WMO is currently working to improve forecasting and warning services for coastal inundation to address the needs of coastal states, especially Small Island Developing States, and to develop climate services for marine and coastal communities, including for coastal adaptation and disaster risk reduction.

Message from the Secretary-General of the United Nations

Message from the Director-General of UNESCO

Climate, Carbon and Coral Reefs brochure by WMO and Convention on Biological Diversity