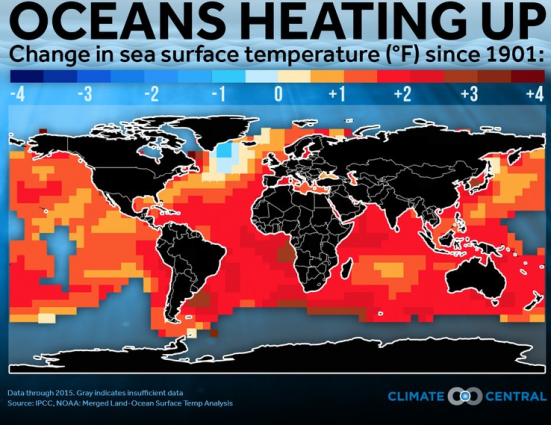 WMO spotlight on oceans and climate, research, observations and safety

World Oceans Day celebrates the central role of the oceans in our lives. It also seeks to sensitize people about the impact of human actions and encourage action to protect the oceans and preserve marine life and precious ecosystems. The focus for 2018 is stopping plastic pollution and encouraging solutions for a healthy ocean.

WMO is celebrating World Oceans Day with a special event highlighting the interactions between the ocean and our weather, the impact of climate change and the need to increase resilience among growing coastal populations to hazards like storm surges. The event also draws attention to the momentum towards better ocean observations for earth system prediction, including from high-tech research vessels, commercial ships and from citizen scientists such as sailing and surfing enthusiasts. .

“The ocean stores more than 90 percent of excess heat trapped by greenhouse gases, and is absorbing one quarter of carbon dioxide released into the atmosphere, thus shielding us from even higher temperatures. But resulting ocean warming and acidification is having a profound impact on marine resources and livelihoods dependent on them,” said WMO Secretary-General Petteri Taalas.

“Ocean heat provides more energy for tropical storms, as we saw with devastating effect during the 2017 hurricane season. Evaporation leads to increases in humidity and more intense rainfall. Sea level rise and coastal inundation are already having major impacts in dozens of countries around the world,” he said.

The UN Secretary-General’s Special Envoy for the Ocean, Peter Thomson, gave a video address to the WMO event.

“We know that areas such as the Arctic, are already feeling the brunt of climate change. To help the world adapt, we need the best available information on Arctic sea ice melt, glacier mass changes, and sea level rise,” he said.

“We need this information in order to make the right decisions on what such changes will mean for maritime transport; for coastal communities vulnerable to increased flooding; for indigenous peoples who depend on sea ice for their hunting seasons; or for the future of the fisheries that provide cod to the world. In changing conditions, more than ever we need better scientific observations and data to improve forecasting and warnings, so that we can agree on appropriate policies that are in the best interests of people and planet,” said Mr Thomson. 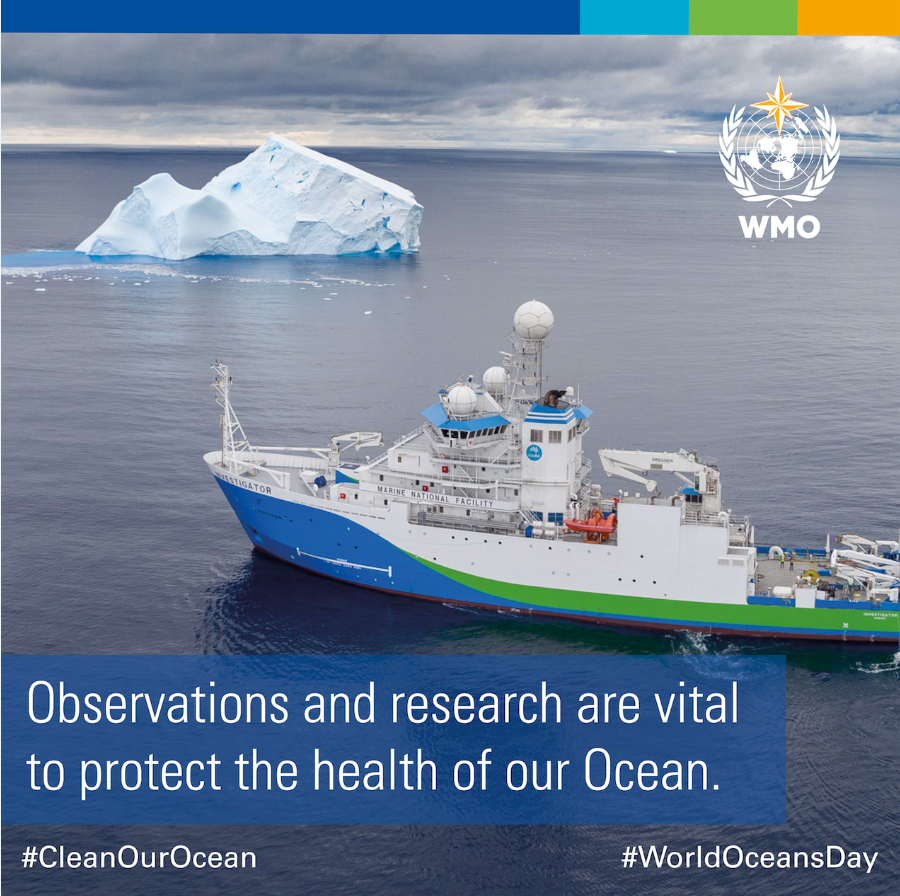 The coastal zone is particularly vulnerable to both climate change and human impacts.  And yet this is one of the areas where there is a real lack of in-situ observations data to validate satellite data.

Harnessing citizen science, notably by equipping surfers, divers and other recreational users, with a simple monitoring device called a smart fin, would bring a huge boost to observations of climate variables such as sea surface temperature, and salinity, according to Robert Brewin, a scientist at Plymouth Marine Laboratory.

Mr Brewin, who is also passionate about surfing, told the WMO event that deploying a smart fin is cost effective in comparison to costly oceanographic equipment and could be used to verify satellite data.

There are an estimated 40  million annual surfing sessions – and thus 40 million potential observation points - in the United Kingdrom alone. In the USA, there are an estimated 3 million surfers and 300 million surfing sessions per year. Added to this are canoeists, windsurfers and other enthusiasts who often travel to remote parts of the planet not covered by the existing ocean observations network.

“We believe there is huge potential to increase ocean observations in the near coastal zone through marine recreation,” said Mr Brewin.

Round the world yachts

WMO and its co-sponsored Global Ocean Observing System are also harnessing the dedication of sailing enthusiasts for the sake of science and the environment.

Specifically, the round-the-world Volvo Ocean Race has brought together an elite scientific consortium to capture data that will contribute to a better understanding of the world’s ocean and climate and campaign for cleaner seas.

All participating yachts are taking measurements and deploying drifters for marine meteorology, and two boats are also sampling carbon dioxide and microplastics.

The scientific drifter buoys are part of the National Oceanic and Atmospheric Administration’s (NOAA) drifter programme. The sharing of meteorological data measured from the boats is part of a pilot project developed by the Joint technical Commission for Oceanography and Marine Meteorology between  WMO and UNESCO’s Intergovernmental Oceanographic Commission.

“These organisations are brought together by the Volvo Ocean Race sustainability programme, in order to increase Ocean knowledge, pioneer a new area of data collection and advance the technology of instrumentation in order to contribute to create a global map of standardised data, specifically in the area of microplastic concentration,” said Toste Tanhua, who is co-chair of the Global Ocean Observing System and is with the GEOMAR Helmholtz Centre for Ocean Research.

Data from the Volvo Ocean Race Science Programme revealed microplastics in the world’s remotest ocean close to Point Nemo – the furthest point from land on Earth and where the nearest humans are on the international Space Station.

Leg 6 of the race from Hong Kong to Auckland allowed for continued sampling of microplastics and oceanographic data by the Turn the Tide on Plastic boat. The preliminary results for microplastics revealed the highest levels of microplastic pollution recorded along the race route to date. The level of 357 particles/m3 was detected in the sample from the South China Sea.

The onboard sampling component of the science programme is a collaboration between the Volvo Ocean Race, Volvo Cars, GEOMAR Helmholtz Centre for Ocean Research Kiel (funded by Cluster of Excellence Future Ocean), SubCtech GmbH, bbe Moldaenke, and is made possible by the dedication of the crews.

Ocean and Atmospheric Monitoring and Research

Underlining the interlinkages and feedbacks between the ocean and atmosphere, WMO has recognized the first marine vessel, and thus the first mobile station, as a regional station in its extensive Global Atmosphere Watch network, which seeks to understand the short-term variability and long-term trends in the composition of the atmosphere.

Australia’s Marine National Facility’s Research Vessel (RV) Investigator is operated by the Commonwealth Scientific and Industrial Research Organisation (CSIRO). It is a dedicated research facility carrying out atmospheric, biological, geoscience and oceanographic monitoring and research. It will provide high quality observations in the Southern Hemisphere where the number of the ground based atmospheric composition stations is very limited.

The instruments for dedicated atmospheric composition measurements are onboard the vessel on a permanent basis, which means that every time the ship sails the instruments are collecting data. The vessel is capable of spending 300 days per year at sea.

The RV Investigator is ideally suited for monitoring the boundary layer between air and ocean in some of the most pristine and remote regions in the world, including those in the tropical Pacific, Indian and Southern Oceans. This can be carried out for extended periods of time during voyages through otherwise inaccessible and under-sampled parts of the world. This makes the RV Investigator a valuable component of the Global Atmosphere Watch Programme.

Beat Plastic Pollution was the theme for World Environment Day on 5 June, and its message has been amplified by World Oceans Day.

“Every year, more than eight million tonnes end up in the oceans,” said UN Secretary-General Antonio Guterrez. He noted that microplastic particles in the ocean, “now outnumber stars in our galaxy”.