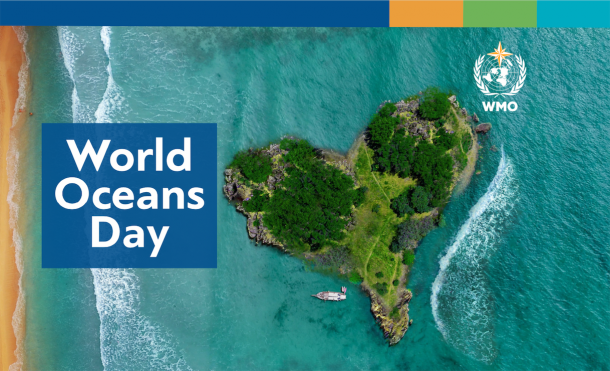 The World Meteorological Organization (WMO) joins the global community in marking World Oceans Day on 8 June, with the theme:  Innovation for a Sustainable Ocean. This is more necessary than ever before, as human activities place unprecedented stress on the ocean, which covers more than 70% of the Earth surface, regulates the global climate and provides food and livelihoods for billions of people.

“As the lungs of our planet and its largest carbon sink, the oceans play a vital role in regulating the global climate,” said UN Secretary-General António Guterres.

More than 90% of the excess energy accumulating in the climate system as a result of increased concentrations of greenhouse gases goes into the ocean. In 2019, ocean heat content and the global mean sea level reached the highest values on record, according to the WMO State of the Global Climate report.

“Today, sea levels are rising due to climate change, threatening lives and livelihoods in low-lying nations and coastal cities and communities around the world. The oceans are becoming more acidic, putting marine biodiversity and essential food chains in jeopardy,” Guterres said in a message. In other words, the “lungs of our planet” are unhealthy, and their abilities to mitigate climate change are diminishing. 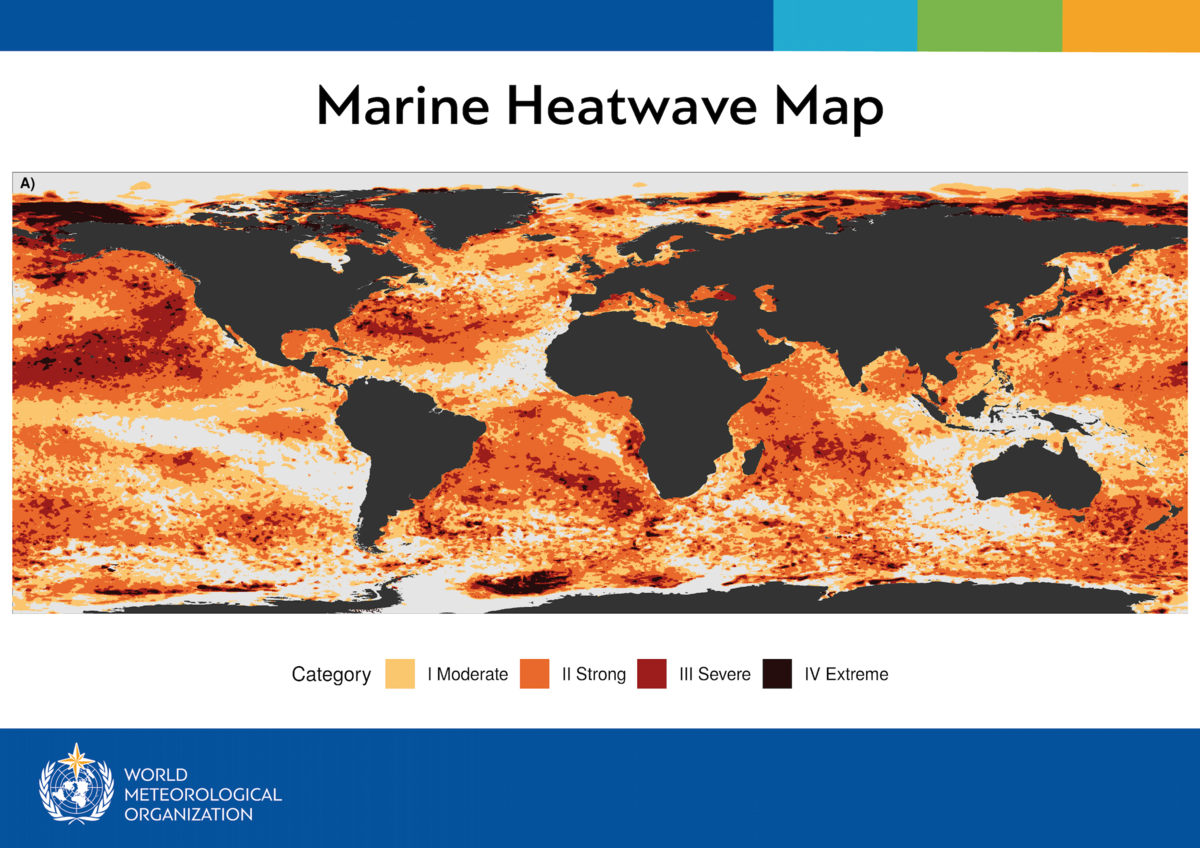 Together with ocean acidification and an accompanying deoxygenation, ocean warming is leading to dramatic changes in marine ecosystems and the wellbeing of people that depend on them.

In a Special Report on The Ocean and the Cryosphere in a Changing Climate, the Intergovernmental Panel on Climate Change said that since 1993, the rate of ocean warming has more than doubled, as has the frequency of marine heatwaves, which are becoming more intense. In addition, sea level rise, sea ice loss, and more frequent storm surge and severe weather events are other climate related hazards impacting on coastal communities.  The report detailed the impacts and explored policy response options.

With this context, WMO has committed to action, and is working across the UN Ocean family, in preparation for the UN Ocean Conference, and the UN Decade of Ocean Science for Sustainable Development.

Joining forces is key to finding impactful global solutions. WMO has long worked closely with UNESCO’s Intergovernmental Oceanographic Commission (IOC) and ties have been cemented in 2019 via a newly established Joint Collaborative Board. This follows the success of a 20-year partnership through the Joint WMO-IOC Commission for Oceanography and Marine Meteorology (JCOMM). A history of this and the origins of marine work at WMO, written by former JCOMM Co-President, Peter Dexter, has been released on World Ocean Day, and in celebration of the WMO’s 70th and IOC’s 60th Anniversaries.

The history highlights the value of the co-sponsored programmes between WMO and IOC working in frontier research and science. The World Climate Research Programme (WCRP) 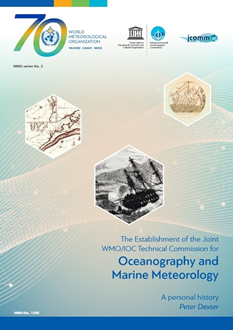 covers the whole climate system, including the oceans, focused on topics such as regional sea level variations and coastal impacts, the ocean’s contribution to the world’s energy, heat, water and carbon budgets and the interactions between the physical climate and ecosystems. The Global Climate Observing System (GCOS) and the Global Ocean Observing System (GOOS) contribute to continuous monitoring of the state of the ocean provides data crucial to informing weather and climate predictions. Notably, the Argo program is an integral part of the GOOS - with almost 4000 subsurface floats in the ocean at present – it has been one of the most successful programs of international scientific innovation and cooperation over the past 2 decades, and has been critical to understanding the ocean and climate. It is supported by the JCOMM in situ Observation Programme Support Centre (JCOMMOPS) , which formally became a WMO regional office in 2019.

The dire need for more voluntary ocean observations from ships to better predict the weather and ultimately protect safety of lives at sea, was deemed a priority action in 2019 at the joint IMO-WMO Extreme Maritime Weather Symposium. This event, a contribution to the UN Ocean Decade, emphasized the importance of better forecasts to keep people and cargo safe at sea, while working towards a sustainable blue economy. In a welcome recent development for the WMO, IOC and IMO, the global shipping company A.P Moller - Maersk  has committed its entire fleet of 300 vessels to contribute meteorological data in support of climate and weather forecasts under the WMO-IOC Voluntary Observing Ship (VOS) Scheme.

The lack of quality observations in Polar oceans requires urgent attention, especially given the concerning rapid environmental changes there. WMO’s Polar Prediction Project (2013-2022) and associated Year of Polar Prediction are promoting cooperation across the international scientific community focusing on the data and knowledge gaps for in the Arctic and Antarctic. Development of seamless weather and climate products information and services to support service delivery could be a solution for combating against, and adapting to, changes.

In April 2020, Severe Tropical Cyclone Harold impacted several Pacific Islands. In response to this impending dangerous storm, the Fiji Meteorological Service (FMS) was able, for the first time ever during a Cyclone, to issue storm surge warnings enabled by a new and unique coastal inundation forecasting system.  Recently placed in FMS operations in November 2019, this lifesaving capability was developed with support from WMO and the donor, the Korean Meteorological Administration.

Jone Usamate, Fiji Minister for Infrastructure, Disaster Management, Land and Mineral Resources and Meteorological Services said “the innovative work in FMS had enabled better planning and sound decisions prior to and during the advent of Severe Tropical Cyclone Harold”. 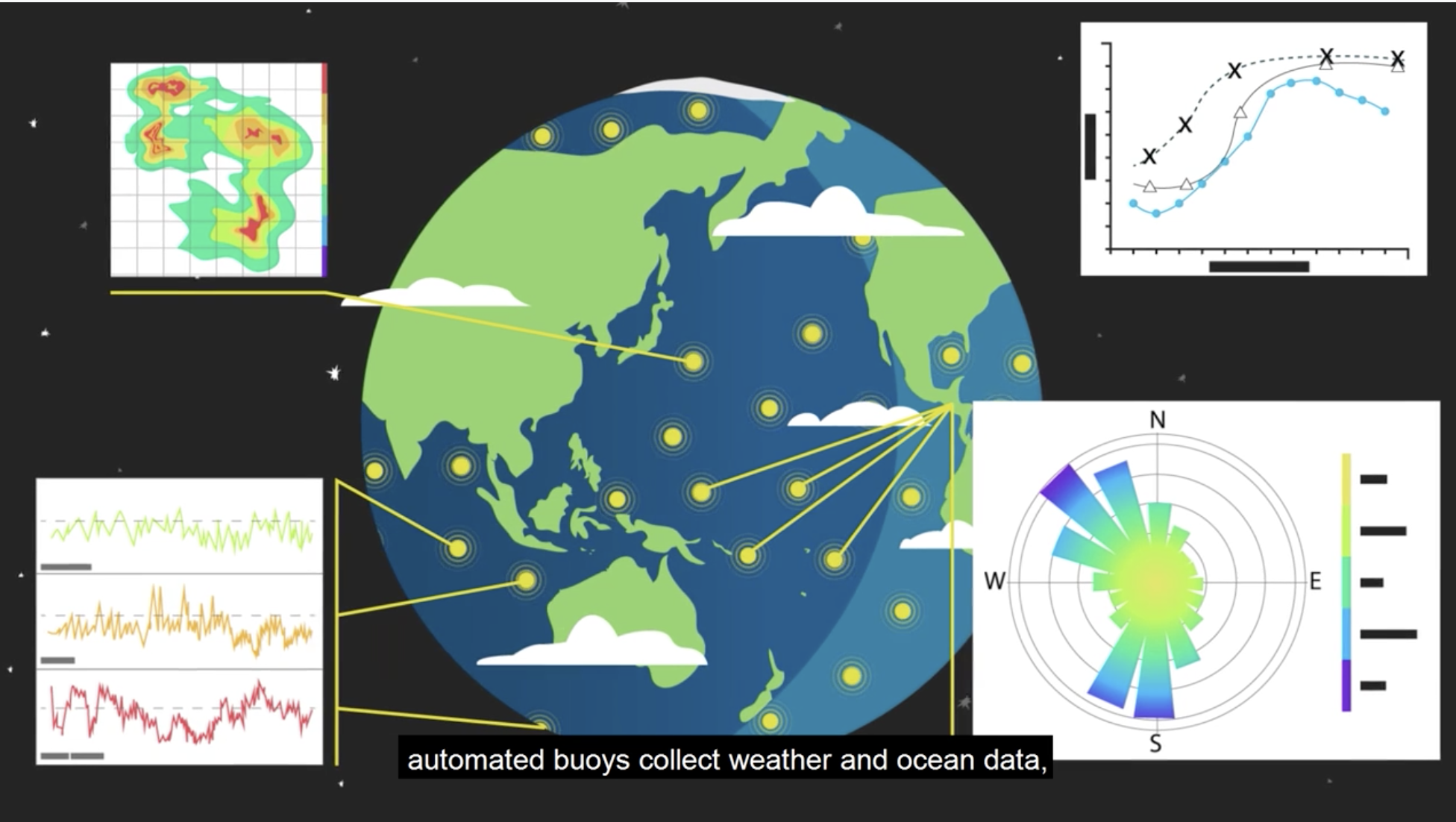 Instruments and monitoring equipment, ocean buoys among them, are crucial to the success of such coastal early warning systems by providing the information needed to accurately forecast and predict severe maritime and coastal weather.  Unfortunately, these buoys are often subjected to damage, either by accident or through vandalism. A new video released by WMO for World Ocean Day, highlights the importance that public awareness campaigns have in helping communities understand the value of this critical ocean infrastructure for their own safety and livelihoods. This follows the coastal flooding awareness cartoon released by WMO in 2019.

In addition to public awareness, through innovations in technology and a commitment to improving public weather services, WMO is bolstering the capability of meteorological services to provide better early warnings and forecasts, and to understand their customer needs for impact-based forecasting.  With significant gaps in every region for marine service delivery, WMO has designed a unique course to help meteorological services self-assess their marine capabilities.  The Spanish speaking RAIII and RAIV Members have been the first to attend the new course, having completed their 3-month online assessment in June.

“The WMO course has been useful to focus on several service delivery aspects, the main one being to reach all users, because we will never give quality service without knowing the needs of our users“ said METAREA Coordinator for Argentina, Ms Alicia Cejas. The course will be expanded globally over the next 4 years.

This World Ocean Day, the UNSG's Special Envoy for the Ocean, Peter Thomson ‘reaffirmed his strong support to the WMO in its critical work of better understanding the ocean-climate nexus’. In so doing, he said he “particularly wanted to commend the WMO's assistance to vulnerable countries in the delivery of better early warnings and forecasts that have helped mitigate the impact of coastal disasters and kept life at sea safer.”