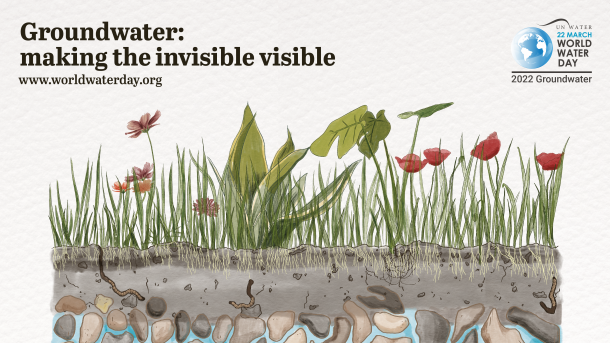 Groundwater accounts for 99% of all liquid freshwater on Earth. However, this natural resource is often poorly understood and consequently undervalued, mismanaged and polluted. This year’s World Water Day on 22 March focusses on the vast potential of groundwater and the need to manage it sustainably by “making the invisible visible.”

“Groundwater may be out of sight, but it must not be out of mind,” stresses UN-Water.

Groundwater presently provides half of the volume of water withdrawn for domestic use by the global population, including the drinking water for many people in rural areas,  and around 25% of all water used for irrigation.

Globally, water use is projected to grow by roughly 1% per year over the next 30 years.

More than 2 billion people are living in countries under water stress and 3.6 billion people face inadequate access to water at least one month per year.

Our overall dependence on groundwater is expected to rise as surface water availability becomes increasingly limited and unreliable due to climate change, shifting precipitation patterns and glacier melt, according to the World Water Development Report, which was released at the World Water Forum in Dakar, Senegal. WMO was one of the contributors to the report.

The report calls on States to commit themselves to developing adequate and effective groundwater management and governance policies in order to address current and future water crises throughout the globe.

“Improving the way we use and manage groundwater is an urgent priority if we are to achieve the Sustainable Development Goals (SDGs) by 2030. Decision-makers must begin to take full account of the vital ways in which groundwater can help ensure the resilience of human life and activities in a future where the climate is becoming increasingly unpredictable,” adds Gilbert F. Houngbo, Chair of UN-Water, President of the International Fund for Agricultural Development (IFAD) and a Leader of the Water and Climate Coalition spearheaded by WMO.

Mr Houngbo and other Water and Climate Coalition leaders are participating in the World Water Forum to stress the need for integrated water and climate action. They 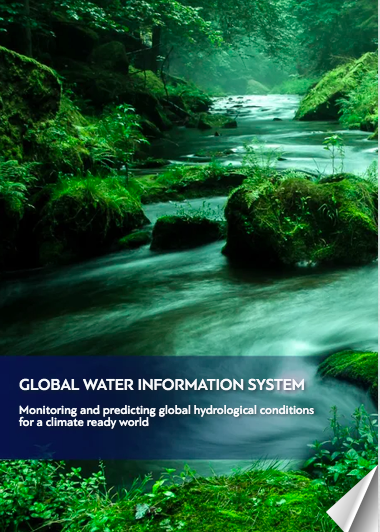 recently issued a Call for Action, including a commitment to set up a Global Water Information System to fill the gaps in availability and accessibility of reliable data and actionable information.

“We need data to understand how climate change is affecting our water systems; to understand where, how much, and in what quality water is and will be available. We need information to know where and how our actions can best support our access to the precious resource and protect us from water hazards and disasters. Data is also key for smart decision-making. Yet there are major gaps; data is scattered, inconsistent, and incomplete,” said the Call for Action.

This is especially true of groundwater.

Only 0.5% of water on Earth is useable and available as freshwater. But in the past 20 years, terrestrial water storage – all water on the land surface and in the subsurface, including soil moisture, snow and ice – has dropped at a rate higher than total human water consumption per year. This has huge ramifications for future water security, given population increase and environmental degradation, according to the WMO State of Climate Services for Water report issued last year.

The quality of groundwater is generally good, which means it can be used safely and affordably, without requiring advanced levels of treatment. Groundwater is often the most cost-effective way of providing a secure supply of water to rural villages.

The World Water Development report showed that certain regions, such as Saharan Africa and the Middle East for example, hold substantial quantities of non-renewable groundwater supplies that can be extracted in order to maintain water security. However, consideration for future generations and for the economic, financial and environmental aspects of storage depletion should not be overlooked.

Despite the looming challenges, there is currently no operational global system capable of assessing the current status of surface and groundwater hydrological systems, or for predicting how they will change in the coming weeks and months.

WMO is therefore involved in a number of initiatives to rectify this, including the new  WMO Global Hydrological Status and Outlook System (HydroSOS).

When operational, HydroSOS will regularly report:

The WMO Hydrological Observing System (WHOS) will provide a services-oriented framework fully integrated with WMO observation and information systems, linking providers and users through of hydrologic data (including groundwater) through a system of systems enabling data registration, discovery and access.

Together with the Open Geospace Consortium WMO has developed WaterML2.0, an open standard for exchange of hydrological data addressing also groundwater (Water ML2.0 Part 4) which has been adopted as part of WMO Manual on Codes. UNESCO and WMO partnered in 1999 to establish the International Groundwater Resources Assessment Centre (IGRAC) and since then WMO has been actively cooperating with it.