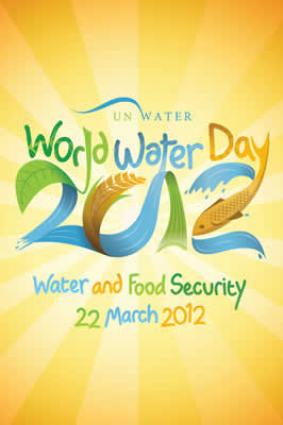 "Water and Food Security" is the theme of World Water Day 22 March. As President of UN-Water, World Meteorological Organization Secretary-General Michel Jarraud attended the official ceremony in Rome at the headquarters of the Food and Agriculture Organization, which is coordinating this year’s event.

Food security has been very high on the international agenda since the peak food prices of 2008. Population growth, urbanization and development pressure have also contributed to food and water scarcity. Climate change will further aggravate the issue, said Mr Jarraud.

“Increasing attention will be required on the potential impacts on the water cycle and food security from climate variability and change, especially due to the increasing vulnerability and the complexity of the associated uncertainties. Floods and droughts present dramatic threats to food security and freshwater availability and quality, of which the humanitarian crisis in the Horn of Africa and the flooding in Thailand last year are only very recent examples,” said Mr. Jarraud.

“More than ever before, the world is facing the challenges of managing efficiently water resources and ensuring food security for its mounting population, especially in the vulnerable developing world. Countries must improve and consolidate their water resources management systems, and also identify and implement their optimal climate change resilience strategies. This is a challenge for the entire UN system, in particular through UN-Water, to raise the awareness of policy makers and users alike,” he said.