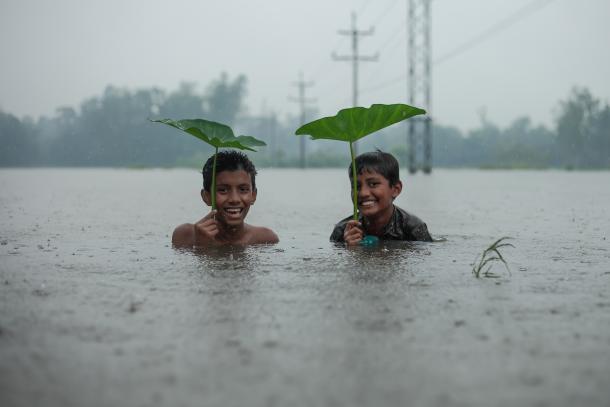 More than 1,000 youth leaders from Asia and the Pacific region gathered this week in the Philippines for an international conference co-sponsored by WMO to increase youth participation in addressing global water and climate challenges.

The event came on the eve of International Youth Day on 12 August, which this year has the theme Intergenerational Solidarity: Creating a World for All Ages, which amplifies the message that action is needed across all generations to achieve the Sustainable Development Goals (SDGs) and leave no one behind. The campaign slogan is #BeSeenBeHeard.

Climate change and more extreme weather means that today’s youth will grow up in a world which is different from the one experienced by their parents.

Young people are central to Climate Action and WMO works closely with Young Earth Systems Scientists and youth representatives to drive innovation and inspiration to mitigate and adapt to climate change.

In this spirit, WMO and the UN International Federation of Youth (UN1FY) for Water and Climate organized the Regional Conference of Youth - Asia and the Pacific 2022, hosted by the city governments of Ormoc and Baybay in the Philippines from 9 to 13 August.

WMO Services Director Dr Johann Stander said world leaders and politicians are seriously listening to youth, including through engagement in initiatives such as the WMO-spearheaded Water and Climate Coalition.

“This is how we can make use of that intellectual knowledge that each individual has in themselves, what we need to do is listen to them and work with them,” Dr Stander told the conference. 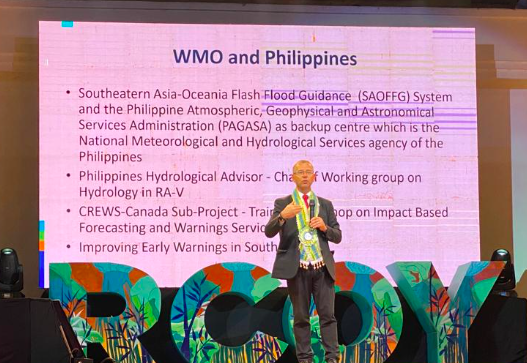 Dr Stander said climate change has brought major weather disturbances across the Asia-Pacific region, increasing the vulnerability of millions of people, especially in Small Island Developing States. WMO is working to ensure universal access in the next five years to early warning services to protect people against extreme weather.

Management of water resources poses a great challenge. Home to 60% of the world’s population, an estimated 300 million people in the Asia and Pacific still have no access to safely managed or basic water services such as drinking water, and 1.2 billion lack adequate sanitation, according to the Asian Water Development Outlook (AWDO) of the Asian Development Bank.

Communities along the coastlines are also becoming increasingly vulnerable to climate change such as flooding, sea-level rise and stronger typhoons, threatening lives and livelihoods and incurring huge economic losses.

“Allowing our country to be vulnerable and helpless against disaster is like building sand castles, we can only marvel on what we have achieved as long as the next big wave doesn’t wash it away. I dream of a day when waves do come and yet we stand strong and are able to keep our castles intact, for we need to be strong to protect what we achieved today, For today is the foundation for what we leave behind for future generations,” said Lucy Torres-Gomez, City Mayor of Ormoc.

“Our area have been significantly impacted on severe weather events and it is essential to have early warnings systems and services in place as most of our early warning infrastructure was destroyed during the typhoon in 2013 and not yet replaced. For us, advance warnings of severe weather events are critical to save lives,” said Carlos Jericho Petilla, Governor of of the Province of Leyte, which was badly hit by Typhoon Haiyan in 2013.

The conference brought together youth leaders from the Asia and the Pacific region who share a common goal of directing youth-led community action towards achievement of the UN SDGs, particularly SDG 6 (Clean Water and Sanitation) and 13 (Climate Action).

“In the past 10 years, youth participation from this region has been low, oftentimes hindered by financial and bureaucratic requirements to attend international gatherings,” said Jan Kairel Guillermo, Youth Engagement Officer of the Water and Climate Coalition.  The meeting sought to come up with a consensus on how the youth can more meaningfully participate in local and global water and climate negotiations.