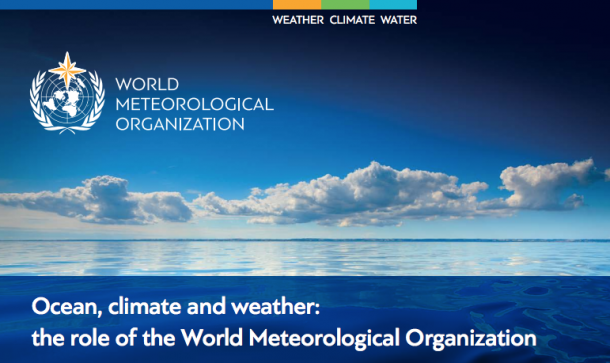 A World Meteorological Organization expert committee has established a new world record significant wave height of 19 meters (62.3 feet) measured by a buoy in the North Atlantic.

The wave was recorded by an automated buoy at 0600 UTC on 4 February 2013 in the North Atlantic ocean between Iceland and the United Kingdom (approximately 59° N, 11° W). It followed the passage of a very strong cold front, which produced winds of up to 43.8 knots (50.4 miles per hour) over the area.

The WMO Commission for Climatology’s Extremes Evaluation Committee classified it as “the highest significant wave height as measured by a buoy”. The Committee consisted of scientists from the United Kingdom, Britain, Canada, the United States of America and Spain.

The buoy (K5) which recorded the wave is a part of the UK Met Office’s network of Marine Automatic Weather Stations. Moored and drifting buoys form a vital part of an extensive international observing network coordinated by WMO and its partners. They complement ship-based measurements and satellite observations which monitor the oceans and forecast meteorological hazards on the high seas.

“This is the first time we have ever measured a wave of 19 meters. It is a remarkable record,” said WMO Assistant Secretary-General Wenjian Zhang. “It highlights the importance of meteorological and ocean observations and forecasts to ensure the safety of the global maritime industry and to protect the lives of crew and passengers on busy shipping lanes,” he said.

“We need high quality and extensive ocean records to help in our understanding of weather/ocean interactions,” said Dr Zhang. “Despite the huge strides in satellite technology, the sustained observations and data records from moored and drifting buoys and ships still play a major role in this respect,” he said.

A separate record – that of the highest significant wave height as measured by ship observation – was measured in February 2000 in the Rockall Trough, also in the North Atlantic between the UK and Iceland.

Wave height is defined as the distance from the crest of one wave to the trough of the next. The term “significant wave height” means the average of the highest one-third of waves measured by an instrument, and is comparable to what an observer would see as an average of about 15-20 well-formed waves over a period of about 10 minutes.

The highest waves typically occur in the North Atlantic, rather than the Southern Ocean. Wind circulation patterns and atmospheric pressure in the North Atlantic in winter leads to intense extra-tropical storms, often so-called "bombs". This means that the area from the Grand Banks underwater plateaus off the Canadian coast around Newfoundland to south of Iceland and to the west coast of the UK, including the Rockall Trough, are prime candidates for wave records.

“The new world record will be added to the official WMO archive of weather and climate extremes which is being constantly updated and expanded thanks to continued improvements in instrumentation, technology and analysis,” said Randall Cerveny, Joint Rapporteur on World Records of Climate and Weather Extremes for WMO.

“Oceans cover some 70 per cent of the world’s surface. Ocean observations are therefore critical to understanding and forecasting our weather and climate,” he said.

The full list of weather and climate extremes is available at https://wmo.asu.edu/

For a summary of WMO contribution to ocean affairs see the brochure “Ocean, climate and weather: the role of the World Meteorological Organization”.