Climate Risk and Early Warning Systems Prioritize the Most Vulnerable 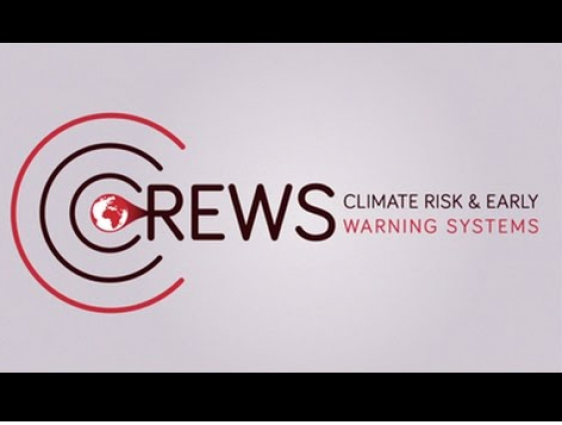 Climate Risk and Early Warning Systems Prioritize the Most Vulnerable

17 November 2016 (Marrakech, Morocco) - African least developed countries and Pacific Islands will be the first to benefit from upgraded early warning systems against weather and climate-related shocks under an action plan outlined at the United Nations climate change conference.

Mali, Burkina Faso, the Democratic Republic of the Congo and small island developing states in the Pacific will be supported to improve their early warning systems and forecast services with an initial US$ 12 million in funding allocated by the Climate Risk and Early Warning Systems (CREWS) initiative. Additional projects are under development.

Launched last year at the Paris climate change negotiations, CREWS aims to mobilize more than US$30 million by July 2017 and US$100 million by 2020. The international partnership seeks to strengthen risk information and early warning systems in vulnerable countries, and to leverage financing to protect populations exposed to extreme climate events.

“This is a pragmatic, tangible and targeted initiative to protect the most vulnerable. It is realistic and it is feasible,” said Anne-Marie Descôtes,

Director-General for Global Affairs at the French Foreign Ministry, who represented Ségolène Royal, French Minister for the Environment, Energy and Sea, at a special event on 16 November at COP22. 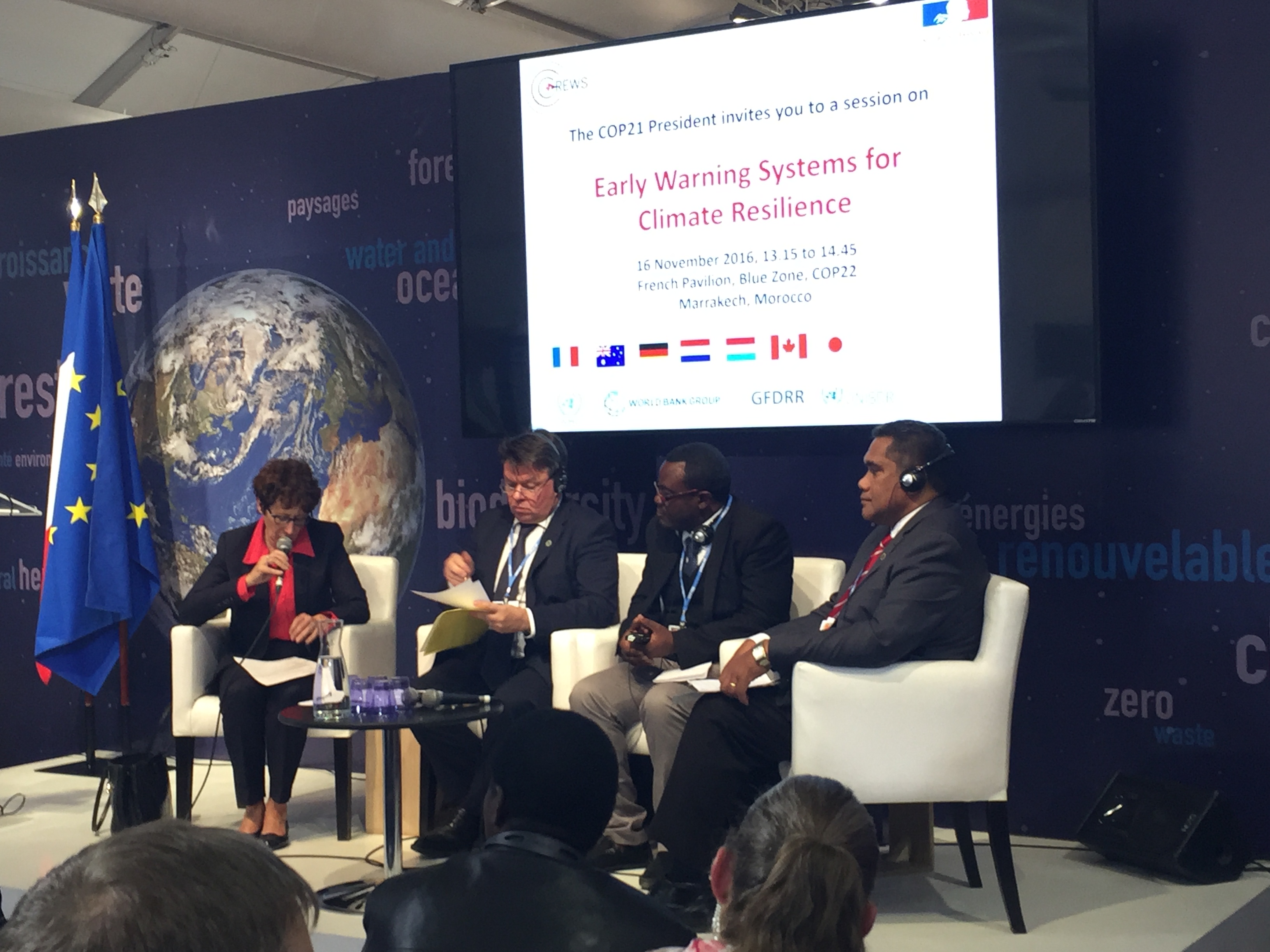 The initiative builds on existing activities, and investment by CREWS will help leverage much greater funding from the Green Climate Fund and other sources.  There will be a special focus on women, who are particularly vulnerable to climate hazards but are very effective ambassadors to build resilience, said Ms Descôtes.

The CREWS coalition is led by France, with support from Australia, Germany, Luxembourg, the Netherlands, Japan and Canada.  It is being implemented by the World Meteorological Organization (WMO), the UN Office for Disaster Risk Reduction (UNISDR), the World Bank, and the Global Facility for Disaster Reduction and Recovery (GFDRR).

“The increase in global temperatures is being accompanied by more extreme weather events. In addition to the need for climate change mitigation, there is a very strong need for climate change adaptation. Early warning systems are a very powerful way to adapt to climate change. The CREWS initiative will lead to concrete action which mitigates economic losses and saves lives,” WMO Secretary-General Petteri Taalas told the event.

According to WMO, over 80 percent of the world’s 48 least developed countries and many small island developing states have only a basic early warning system. Weather observations networks, the foundation of early warning systems, are inadequate in many African countries.

“The number of weather and climate related disasters has more than doubled over the past 40 years and this initiative will help reduced the impact of these events on low and middle-income countries which suffer the most,” Robert Glasser, the UN Secretary-General’s Special Representative for Disaster Risk Reduction, said in a statement.

Thanks to the CREWS initiative, Burkina Faso, Mali and Democratic Republic of Congo will be able to upgrade their national meteorological and hydrological service forecast capacities.

Two additional projects are under development for Niger and Papua New Guinea.  Additional funding from Canada will support work in small island developing states and Southeast Asia.  A new project for the Caribbean may be added to the CREWS investment plan in 2017.

Prof. Kabasele Yenga-Yenga, member of the spatial observatory on natural resources and climate in Democratic Republic of Congo, said his vast country lacked even basic meteorological and ocean data and observations. Coastal erosion and sea level rise at one of DRC’s maritime ports has eaten away both shoreline and port facilities and caused the connecting railway line to collapse. He said CREWS financing would enable development of alert systems for farmers and fishermen.

Like other Pacific nations, Tonga is vulnerable to hazards such as tropical cyclones and drought. Its 170 islands mean that early warning systems are particularly challenging, said Paula Ma’u, of the Ministry of Meteorology, Hydrology, Information, Disaster Management, Climate Change and Communication.

“Early warning systems technology, be it radars or radios, are not cheap. But they are a priority for the government because when disaster strikes communications are the first things to go down. It is challenging to access the financing for this equipment. We therefore really welcome this CREWS initiative,” said Mr Ma’u.

The World Meteorological Organization is the UN system’s authoritative voice on weather, climate and water.

The World Bank Group is one of the world's largest sources of funding and knowledge for developing countries. It comprises five closely associated institutions: the International Bank for Reconstruction and Development (IBRD) and the International Development Association (IDA), which together form the World Bank; the International Finance Corporation (IFC); the Multilateral Investment Guarantee Agency (MIGA); and the International Centre for Settlement of Investment Disputes (ICSID). Each institution plays a distinct role in the mission to fight poverty and improve living standards for people in the developing world. For more information, please visit www.worldbank.org, www.miga.org, and www.ifc.org.