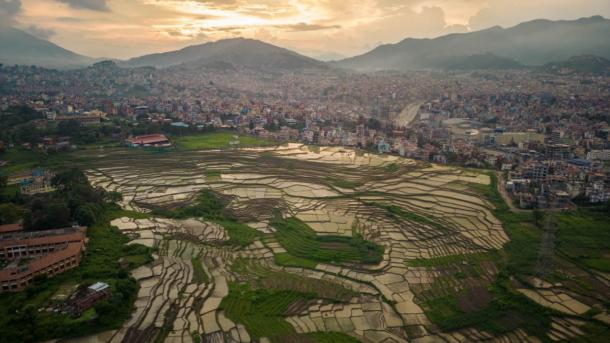 Sharm-el-Sheikh, Egypt, 14 November 2022 - Economic losses from drought, floods and landslides have rocketed in Asia. In 2021 alone, weather and water-related hazards caused total damage of US$ 35.6 billion, affecting nearly 50 million people, according to a new report from the World Meteorological Organization (WMO).

The State of the Climate in Asia 2021 report highlighted how climate change impacts are wreaking an ever-increasing human, financial and environmental toll, worsening food insecurity and poverty and holding back sustainable development.

The report also painted a worrying scenario for future water stress. High Mountain Asia, including the Himalayas and the Tibetan Plateau, contains the largest volume of ice outside of the polar region, with approximately an area of 100,000 km2 of glacier coverage. The rate of glacier retreat is accelerating and many glaciers suffered from intense mass losses as the result of exceptionally warm and dry conditions in 2021. These so-called water towers of the world are vital for freshwater supplies for the most densely populated part of the planet and so glacier retreat has major implications for future generations. 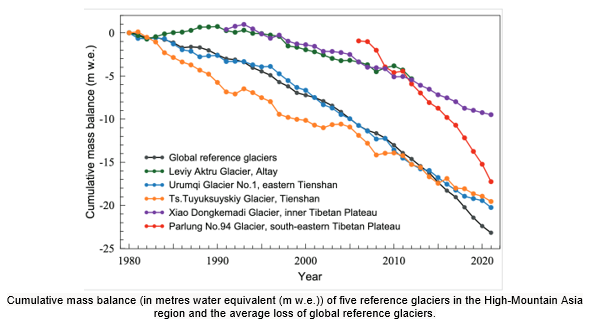 Water-related extremes are the most important hazard in Asia.

“The climate indicators and extreme events shown this report and expected increase in precipitation over much of Asia in the future shows just how vital it is to strengthen early warning systems,” said WMO Secretary-General Prof. Petteri Taalas. “The UN Early Warnings for All programme will help protect people from more frequent and intense extreme weather – and there are major gaps to be filled in Asia.”

The report, which was produced jointly with the UN Economic and Social Commission for Asia and the Pacific (ESCAP), was presented during the UN climate change negotiations, COP27, in Sharm El Sheikh, Egypt.

In 2021, there were a total of more than 100 natural hazard events in Asia, of which 80 percent were flood and storm events. These resulted in almost 4,000 fatalities, about 80 percent caused by flooding. Overall, 48.3 million people were directly affected by these hazards, causing total economic damage of US$ 35.6 billion. While floods caused the highest fatalities and economic damage, drought in the region affected the highest number of people, according to the report. Sand and dust storms were also a major problem.

“Given that floods and tropical cyclones in the region account for the highest economic losses, investment in adaptation must be directed towards prioritizing anticipatory action and preparedness,” said Armida Salsiah Alisjahbana UN Under-Secretary-General and Executive Secretary of ESCAP.

The Economic and Social Commission for Asia and the Pacific (ESCAP) Asia-Pacific Disaster Reports 2021 and 2022 estimate that in Asia, the annual investment in adaptation would need to be highest for China, at US$ 188.8 billion, followed by India at US$ 46.3 billion, and Japan at US$ 26.5 billion. As a percentage of the country’s GDP, the highest cost is estimated for Nepal, at 1.9%, followed by Cambodia at 1.8%, and India at 1.7%.

The majority of Asian countries have prioritized adaptation in their climate action plans, with the majority highlighting water, agriculture and food security, ecosystem and biodiversity, and health as their top priority areas.

Top adaptation priorities informed by the risk landscape and with high investment cost-benefits, are:

Investing in these policy actions will catalyze progress in sustainable development and climate action.

The mean temperature over Asia was cooler than the warmest previous year 2020, but it was still between the 5th and 7th warmest year on record at an estimated 0.86 °C above the 1981-2010 average. The continent is warming faster than the global average. In the two recent sub-periods (1961–1990 and 1991–2020), the warming trend in Asia, which is the continent with the largest land mass extending to the polar region, have exceeded the global mean value.

The ocean: the Kuroshio current system (on the west side of the North Pacific Ocean basin), the Arabian Sea, and the southern Barents, Kara Sea and the southeastern Laptev Sea in the Arctic, are warming about three times faster than the global average. The Barents Sea is identified as a climate change hotspot. The rates of sea-level rise in Oceans surrounding Asia are slightly faster than the global mean.

Precipitation: In 2021, West Asia, including in particular Iran, Iraq, Afghanistan and the Arabian Peninsula, suffered drought. There was abnormally high annual precipitation in South and Southeast Asia, eastern China and the Western Siberian Plain. The number of days of snow coverage was record low in the polar region of Asia.

In Afghanistan, prolonged drought in addition to the economic struggle has brought 47% of the population to high levels of acute food insecurity. Reduced rainfall during the wet season and less snowpack development affected water availability for the crops in 2021, which limited availability of food in comparison to other years.