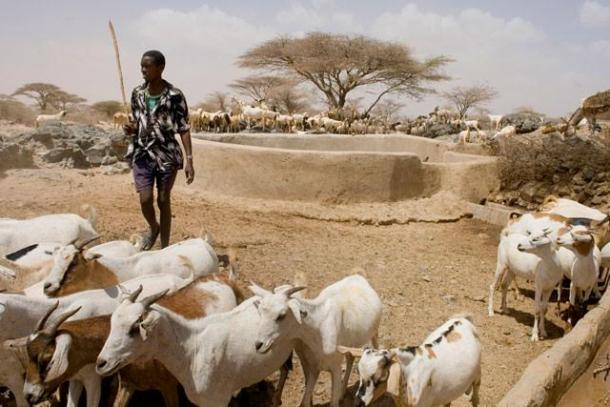 During the second half of 2016, tropical Pacific Ocean surface temperatures were at borderline weak La Niña/cool-neutral levels. Many atmospheric ENSO indicators also approached or exceeded La Niña thresholds. During January 2017, tropical Pacific Ocean temperatures and some atmospheric fields clearly returned to ENSO-neutral levels. With weak La Niña signals since mid-2016, in some regions the influence of other climate drivers may have equaled or even outweighed that of ENSO.

During the second half of 2016, tropical Pacific Ocean surface temperatures were at borderline weak La Niña/cool-neutral levels. Many atmospheric ENSO indicators also approached or exceeded La Niña thresholds. During January 2017, tropical Pacific Ocean temperatures and some atmospheric fields clearly returned to ENSO-neutral levels. With weak La Niña signals since mid-2016, in some regions the influence of other climate drivers may have equaled or even outweighed that of ENSO.

Most of the climate models surveyed indicate neutral conditions will persist during the first half of 2017. Although there is a range of possibilities beyond May 2017, the re-emergence of La Niña appears the least likely scenario, with neutral ENSO conditions and El Niño both possible during the second half of 2017. National Meteorological and Hydrological Services will continue to closely monitor changes in the state of ENSO over the coming months.

From around mid-July 2016 through early January 2017, ocean temperatures in the central and eastern tropical Pacific Ocean cooled to between about 0.5° and 0.8° Celsius below average, accompanied by a weak atmospheric response. The low-level winds and the sea level pressure pattern across the tropical Pacific were only intermittently indicative of La Niña, although cloud and rainfall patterns were more typical of La Niña conditions. Depending upon the thresholds used, some national meteorological services considered the second half of 2016 as exhibiting a weak La Niña state. During January 2017, both sea surface temperatures and most atmospheric fields returned to ENSO-neutral levels. Meanwhile, ocean temperatures in the far eastern tropical Pacific Ocean increased to 1.5° Celsius or more above average by late January, creating a coastal El Niño condition for the western equatorial South American region.

Most dynamical and statistical prediction models surveyed predict 3-month average sea surface temperatures in the east-central tropical Pacific Ocean will remain neutral for the first half of 2017. There is a wide range among the model outlooks for months beyond May, from cool-neutral to El Niño development. Overall, the chance of ENSO-neutral conditions in the second half of 2017 is around 50%, with the likelihood of El Niño somewhat lower at around 35-40%. El Niño development is to some extent encouraged by the backdrop of the warm remnants of the strong 2015-16 El Niño in the off-equator Pacific Ocean temperatures, as well as by the ongoing positive phase of the Pacific Decadal Oscillation. Models indicate only a slight chance for the re-development of La Niña during 2017.

A careful watch will be maintained on the oceanic and atmospheric conditions in the tropical Pacific Ocean in the coming months to assess the possible transition to El Niño.

It is important to note that El Niño and La Niña are not the only factors that drive global climate patterns, and that the strength of ENSO does not automatically correspond to the strength of the impacts.  At the regional level, seasonal outlooks need to assess the relative impacts of both the El Niño or La Niña state and other locally relevant climate drivers. For example, the sea surface temperature of the Indian Ocean, the southeastern Pacific Ocean and the Tropical Atlantic Ocean are also known to influence the climate in the adjacent land areas. Regionally and locally applicable information is available via regional and national seasonal climate outlooks, such as those produced by WMO Regional Climate Centres (RCCs), Regional Climate Outlook Forums (RCOFs) and National Meteorological and Hydrological Services (NMHSs).

Research conducted over recent decades has shed considerable light on the important role played by interactions between the atmosphere and ocean in the tropical belt of the Pacific Ocean in altering global weather and climate patterns.  During El Niño events, for example, sea temperatures at the surface in the central and eastern tropical Pacific Ocean become substantially warmer than normal.  In contrast, during La Niña events, the sea surface temperatures in these regions become colder than normal.  These temperature changes are strongly linked to major climate fluctuations around the globe and, once initiated such events can last for 12 months or more. The strong El Niño event of 1997-1998 was followed by a prolonged La Niña phase that extended from mid-1998 to early 2001. El Niño/La Niña events change the likelihood of particular climate patterns around the globe, but the outcomes of each event are never exactly the same. Furthermore, while there is generally a relationship between the global impacts of an El Niño/La Niña event and its intensity, there is always potential for an event to generate serious impacts in some regions irrespective of its intensity.

The forecasting of Pacific Ocean developments is undertaken in a number of ways. Complex dynamical models project the evolution of the tropical Pacific Ocean from its currently observed state. Statistical forecast models can also capture some of the precursors of such developments.  Expert analysis of the current situation adds further value, especially in interpreting the implications of the evolving situation below the ocean surface. All forecast methods try to incorporate the effects of ocean-atmosphere interactions within the climate system.

The meteorological and oceanographic data that allow El Niño and La Niña episodes to be monitored and forecast are drawn from national and international observing systems. The exchange and processing of the data are carried out under programmes coordinated by the World Meteorological Organization (WMO).

WMO El Niño/La Niña Update is prepared on a quasi-regular basis (approximately every three months) through a collaborative effort between WMO and the International Research Institute for Climate and Society (IRI) as a contribution to the United Nations Inter-Agency Task Force on Natural Disaster Reduction. It is based on contributions from the leading centres around the world monitoring and predicting this phenomenon and expert consensus facilitated by WMO and IRI.  For more information on the Update and related aspects, please visit: