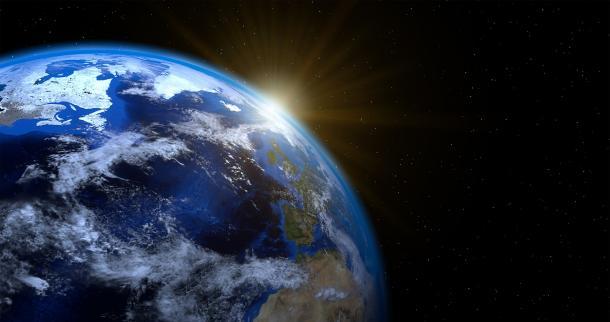 Warmer than average sea surface temperatures across large parts of the globe in May and June are expected to result in above-normal land temperatures, particularly at tropical latitudes and much of the northern hemisphere, according to a new Global Seasonal Climate Update compiled for the World Meteorological Organization (WMO). The global warming trend is a contributory factor to this.

The climate outlook is based on global prediction models run by WMO-accredited centres around the world. It widens the traditional focus on El Niño and La Niña to include other climate drivers (like the Indian Ocean Dipole). It provides information for planners within the United Nations system, governments, disaster managers and decision-makers in climate sensitive sectors.  Country-level information is available from National Meteorogical and Hydrological Services and regional information from Regional Climate Outlook Forums.

Both the El Niño Southern Oscillation (ENSO) and Indian Ocean Dipole have been in a neutral phase during January-February-March 2020. ENSO is expected to remain in a near-average range in May and June.

Despite the absence of El Niño event warming, global average surface temperatures are running at near record levels. According to Copernicus ECMWF, April 2020 tied as the warmest April on record with April 2016, at which time there was a strong El Niño. Global temperatures in January, February and March 2020 were also the warmest or second warmest on record, according to international datasets.

“In the COVID-19 era, now more than ever before, we need reliable weather forecasts and longer-term climate outlooks because temperatures and precipitation have a major impact on key economic sectors and public health systems, which have been brought to the brink of collapse by the pandemic,” said WMO Secretary-General Petteri Taalas.

“The Global Seasonal Climate Update gives a broad overview of what to expect in the coming months. It provides a framework for regional and national climate outlooks and complements additional products such as tropical cyclone season forecasts to ensure that policy makers get the best possible advice, based on the scientific expertise and close international collaboration of the extended WMO community,” said Mr Taalas.

“Even ENSO neutral months are warmer than in the past, as air and sea surface temperatures and ocean heat have increased due to climate change and this is having a major impact on extreme events like tropical cyclones and rainfall patterns,” he said.

Sea surface temperatures are expected to be above average both in the tropics (except for near-average conditions in the central and eastern Pacific) and extra-tropics. The near-average sea surface conditions predicted in much of the eastern equatorial Pacific may noticeably affect the overlying tropical atmospheric circulation and climate.

Near-average precipitation conditions are expected in the central and eastern equatorial Pacific.

Above-normal precipitation is more likely just north of the equator in the central tropical Pacific, in the eastern Indian Ocean extending into western Indian Ocean, over Australia and the western portion of the Indonesian Archipelago. 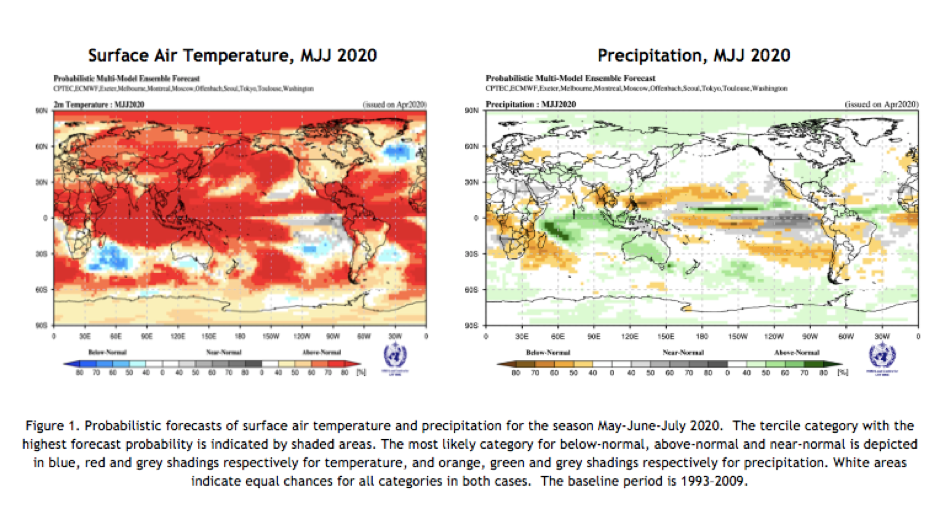 Notes for Editors:
The outlook for expected regional climate anomalies contained in the Global Seasonal Climate Update is based on climate model predictions around the world from 13 WMO Global Producing Centres of Long-Range Forecasts compiled by a lead centre hosted by the United States National Oceanic and Atmospheric Administration and the Korea Meteorological Administration. This is currently in pre-operational mode.