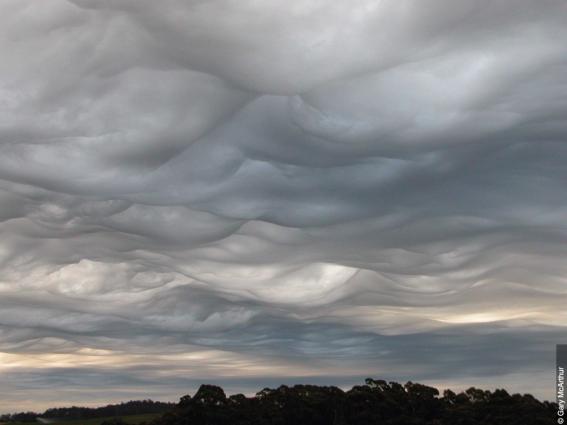 Geneva, 9 April 2020 - The International Cloud Atlas - the global reference for identifying clouds – has been translated into Arabic, Chinese, French, Russian and Spanish.

The web-based portal contains hundreds of images of clouds and phenomena like rainbows, halos, snow devils and hailstones submitted by meteorologists, photographers and cloud lovers from around the globe.

The digitized Atlas has been available in English since 2017, replacing a hard cover publication which was first issued in the late 19th century. The web-based portal contains hundreds of images of clouds and phenomena like rainbows, halos, snow devils and hailstones submitted by meteorologists, photographers and cloud lovers from around the globe.

“The International Cloud Atlas is the most authoritative and comprehensive reference for identifying clouds and other weather phenomena. In addition to its popularity among cloud enthusiasts, it serves as an essential training tool for professionals working in meteorological services, and in sectors such as aviation and shipping,” said WMO Secretary-General Petteri Taalas.

“WMO is pleased to present the Atlas in all official languages of the United Nations. This makes the content accessible to many millions more people who want to observe clouds, even if it is from the confinement of their own homes during the ongoing COVID19 pandemic,” said Mr Taalas.

“At a time of social distancing, self-isolation and disruption to daily routines, the International Cloud Atlas provides an authoritative source of information for citizen scientists, students and teachers,” he said.

“Clouds play a pivotal role in weather forecasts and warnings. They help to drive the water cycle and the entire climate system. Throughout history, they have inspired artists, poets, musicians, photographers and countless other enthusiasts,” said Mr Taalas.

The International Cloud Atlas contains pictures, definitions, and explanations that are accepted and used by all WMO’s 193 Member states and territories. The web-based portal brings together all types of measurements, including very high-tech surface-based, in situ and remote-sensing observations as well as space-based observations to help observers understand the conditions in which clouds are forming.

The web portal is hosted by the Hong Kong Observatory. MeteoSuisse provided financial support for the translation of this major project. It is one of a number of activities marking WMO’s 70th anniversary.

The 2017 edition of the International Cloud Atlas  included new classifications, including volutus, a roll cloud; clouds from human activities such as the contrail, a vapour trail sometimes produced by airplanes; and asperitas, a dramatic undulated cloud which captured the public imagination. 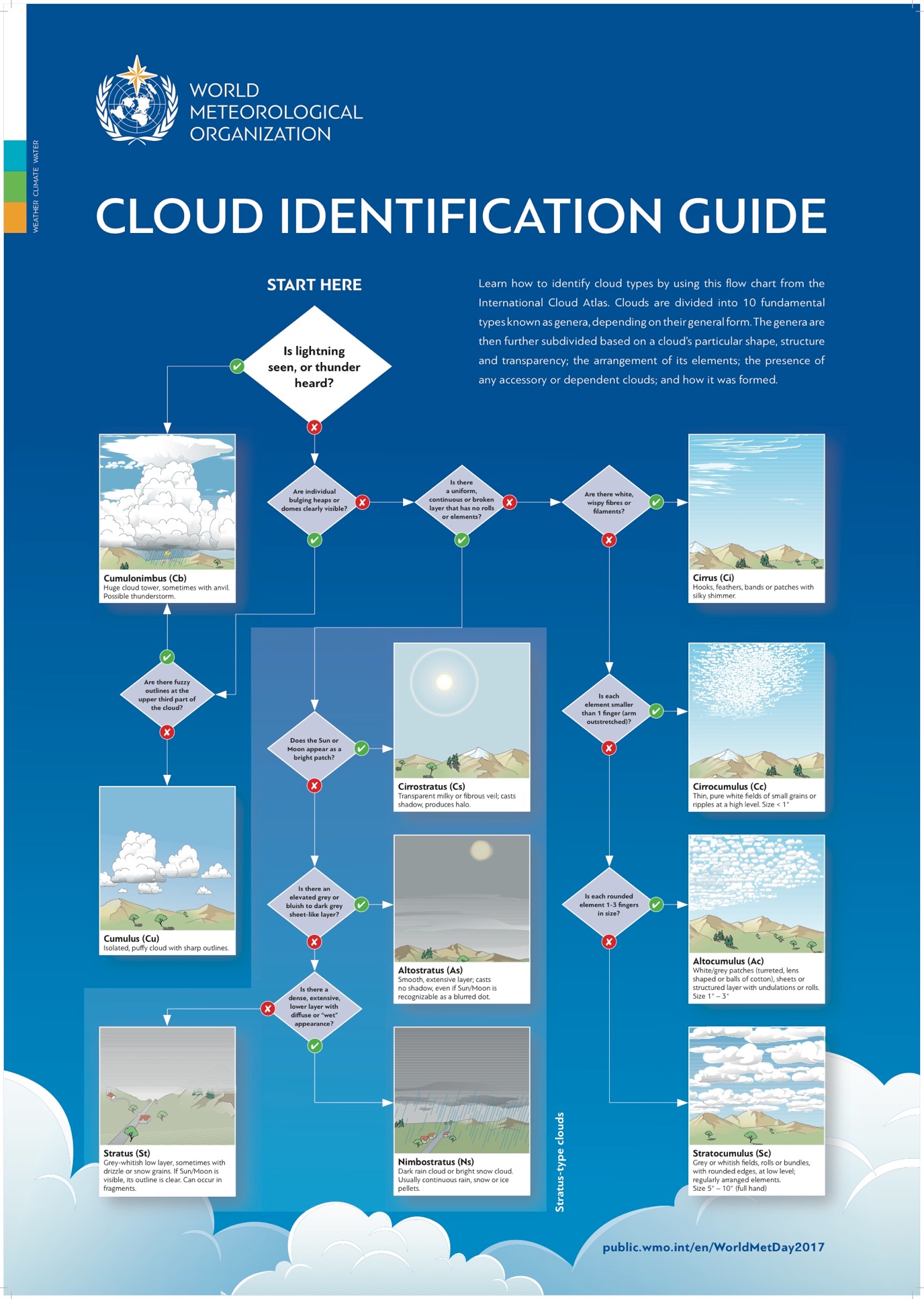 The present international system of Latin-based cloud classification dates back to 1803, when amateur meteorologist Luke Howard wrote The Essay on the Modifications of Clouds.

There are ten basic cloud “genera,” which are defined according to where in the sky they form and their approximate appearance. The new International Cloud Atlas has made no additions to these 10 genera.

Most cloud names contain Latin prefixes and suffixes which, when combined, give an indication of the cloud’s character. These include:

- Alto: mid-level (though Latin for high)

The 2017 edition of the International Cloud Atlas has added a new species: volutus or roll cloud (from the Latin volutus which means rolled),. It describes a long, typically low, horizontal tube shaped cloud mass that often appears to roll about a horizontal axis.

There is a new accessory cloud, flumen. Commonly known as “beaver’s tail,” it is associated with a supercell severe convective storm.

The 2017 edition of the International Cloud Atlas also includes five new “special clouds:” cataractagenitus, flammagenitus, homogenitus, silvagenitus and homomutatus. The suffix genitus indicates localized factors that led to cloud formation or growth, while mutatus is added when these caused the cloud to change from a different form.

These special clouds are influenced by large waterfalls, localized heat from wildfires, saturation of air above forests and humans. Thus, a common example of homogenitus is contrails, sometimes seen after aircraft.

International Clouds Atlas - launch of the website in 6 languages - 2020