No. 990 - WMO Update Indicates Possible onset of El Nino Around Middle of Year 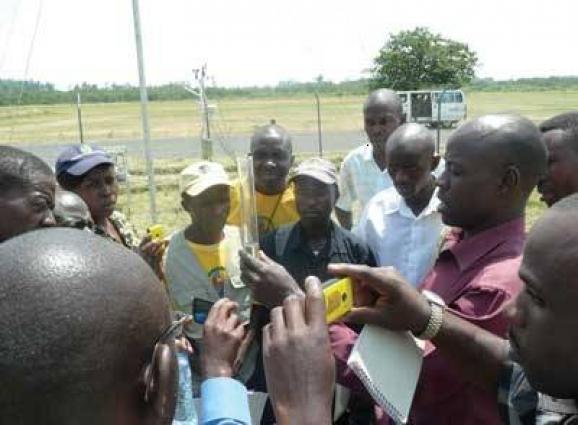 No. 990 - WMO Update Indicates Possible onset of El Nino Around Middle of Year

Geneva, 15 April 2014 (WMO) - Sub-surface water temperatures in the tropical Pacific have warmed to levels similar to the onset of an El Nino event, and climate models surveyed by WMO experts predict a steady warming of the tropical Pacific during the months ahead, according to the latest Update from the World Meteorological Organization. A majority of models indicate that an El Niño may develop around the middle of the year, but it is still too early to assess the strength of any such event.

El Niño is characterized by unusually warm ocean surface temperatures in the central and eastern tropical Pacific. It has a significant impact on climate in many parts of the world and has a warming influence on global temperatures. It is the opposite of the La Niña phenomenon, which is associated with cooling.

However, since February there have been two strong westerly wind events, and a general weakening of the trade winds in the tropical Pacific. This has led to a significant warming of the waters below the surface of the central Pacific, which historically has been one of the precursors to El Niño development. While there is no guarantee this situation will lead to an El Niño event, the longer the trade winds remain weakened, and subsurface temperatures stay significantly warmer than average, the higher the likelihood of the emergence of an El Niño.

“Model forecasts indicate a fairly large potential for an El Niño, most likely by the end of the second quarter of 2014,” said the Update, which is compiled from inputs from climate experts and prediction models around the world. “For the June to August period, approximately two-thirds of the models surveyed predict that El Niño thresholds will be reached, while the remaining models predict a continuation of neutral conditions. A few models predict an earlier El Niño onset, such as in May. No model suggests a La Niña in 2014.”

However, the strength of the possible El Niño cannot be reliably estimated at the current time.

“El Niño and La Niña are major drivers of the natural variability of our climate. If an El Niño event develops – and it is still too early to be certain – it will influence temperatures and precipitation and contribute to droughts or heavy rainfall in different regions of the world,” said WMO Secretary-General Michel Jarraud. “The major advances in our forecasting capabilities mean that we will be better prepared to manage the impact of these events especially if extreme on agriculture, water, health and many other climate-sensitive socio-economic sectors.”

“El Niño has an important warming effect on global average temperatures, as we saw during the strong El Niño in 1998” said Mr Jarraud. “Only two out of the past 15 years were categorized as El Niño years, and yet all were warmer than average. “The combination of natural warming from any El Niño event and human-induced warming from greenhouse gases has the potential to cause dramatic rise in global mean temperature,” he said.

It is important to stress that no two El Niño events are the same, and that other drivers also influence climate patterns.  At the regional level, seasonal outlooks are needed to assess the relative impacts of both the ElNiño/La Niña state and other locally relevant climate drivers. For example, the state of the Indian Ocean Dipole, or the Tropical Atlantic SST Dipole, may impact the climate in adjacent land areas.

El Niño – Spanish for boy child because it often develops in December and is identified with the Christ Child - and La Niña represents opposite extremes in the ENSO cycle.

The fluctuations in ocean temperatures during El Niño and La Niña are accompanied by even larger-scale fluctuations in air pressure between the western and eastern tropical Pacific known as the Southern Oscillation.

During El Niño events,  the eastward shift of thunderstorm activity from Indonesia into the central Pacific can result in abnormally dry conditions over northern Australia, Indonesia and the Philippines. Drier than normal conditions are also often observed over southeastern Africa and northern Brazil, during the northern winter season. During the northern summer season, Indian monsoon rainfall tends to be less than normal, especially in northwest India where crops are adversely affected. Wetter than normal conditions are observed along the west coast of tropical South America, and at subtropical latitudes of North America (Gulf Coast) and South America (southern Brazil to central Argentina).

During an El Niño event in winter, mid-latitude low pressure systems tend to be more vigorous than normal in the region of the eastern North Pacific. These systems pump abnormally warm air into western Canada, Alaska and the extreme northern portion of the contiguous United States. Storms also tend to be more vigorous in the Gulf of Mexico and along the southeast coast of the United States resulting in wetter than normal conditions in that region. (source) 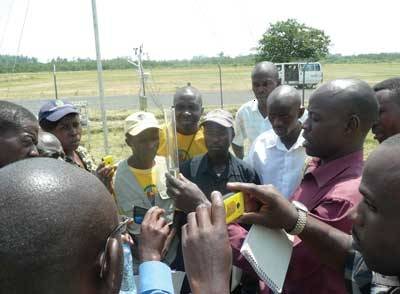 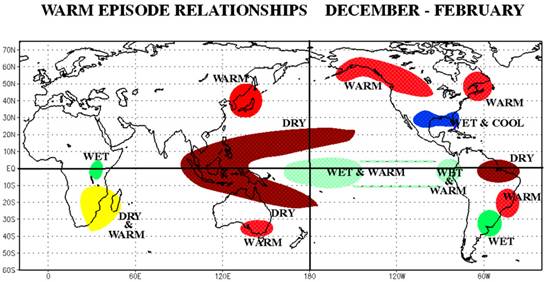