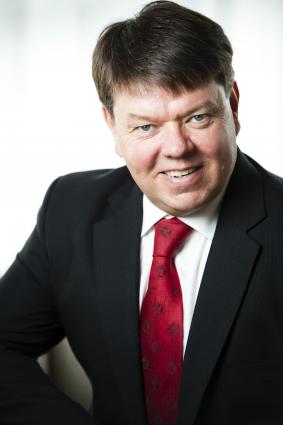 “The importance of WMO and the National Meteorological and Hydrological Services is growing due to higher number of disasters hitting all parts of the world,” said Mr Taalas. “Proper early warning services are essential in protecting human life and property. Scientific know-how for climate adaptation and water resource management are also crucially needed in several WMO Member countries. I am highly motivated to work for an effective and service oriented WMO.”

Mr Taalas has been the Director-General of the Finnish Meteorological institute since 2002, excluding 2005 – 2007 when he worked as a Director of Development and Regional Activities department of WMO.

He has extensive experience in management of national and international expert organizations with proven skills on enhanced efficiency, new innovations, high customer and staff satisfaction.  He has a strong scientific background with emphasis on atmospheric sciences. He has made about 50 publications on global climate change, satellite methodologies and atmospheric chemistry.

Mr Taalas has had several positions and board memberships in both national and international organizations (e.g. Membership in WMO Executive Council and European Centre for Medium Range Weather Forecasts Council. He is past Chairman of the EUMETSAT Council and EUMETNET Council.

The World Meteorological Congress brings together every four years the representatives of the Organization’s 191 Members to determine the general policies and approve the long-term plan of WMO, to appoint the Secretary-General, elect officers and decide on budgetary matters.

Mr Jarraud has served three four-year terms in office. Congress bestowed on him the title of Secretary-General Emeritus.

A full profile of Mr Taalas is available at http://en.ilmatieteenlaitos.fi/wmo-campaign