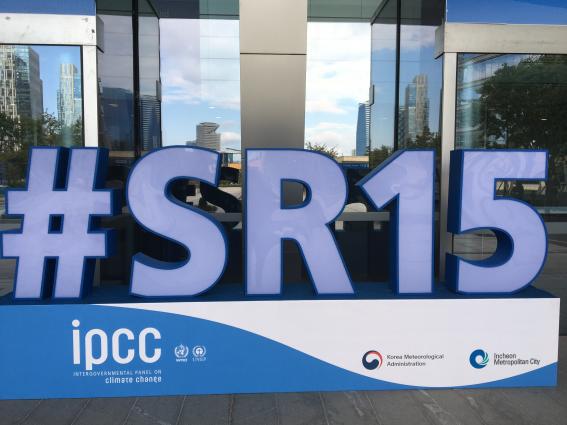 INCHEON, Republic of Korea, 1 October 18 – The Intergovernmental Panel on Climate Change (IPCC) opened a meeting on Monday to consider its special report Global Warming of 1.5 ºC, including the impacts and associated risks of such a temperature increase. WMO and the UN Environment Programme, as co-sponsors of the IPCC, issued a brief to provide context and explanation of key concepts about the landmark report.

Representatives of the IPCC’s 195 member governments will work with scientists from the IPCC from 1 to 5 October to finalize the Summary for Policymakers of the report, entitled Global Warming of 1.5°C, an IPCC special report on the impacts of global warming of 1.5°C above pre-industrial levels and related global greenhouse gas emission pathways, in the context of strengthening the global response to the threat of climate change, sustainable development, and efforts to eradicate poverty.

“Science alerts us to the gravity of the situation, but science also, and this special report in particular, helps us understand the solutions available to us” IPCC Chair Hoesung Lee said.

“Together we will produce a strong, robust and clear Summary for Policymakers that responds to the invitation of governments three years ago while upholding the scientific integrity of the IPCC,” he told the opening session in Incheon, Republic of Korea. The session included a video address from President Moon Jae-in outlining national commitment to reducing greenhouse gas emissions. 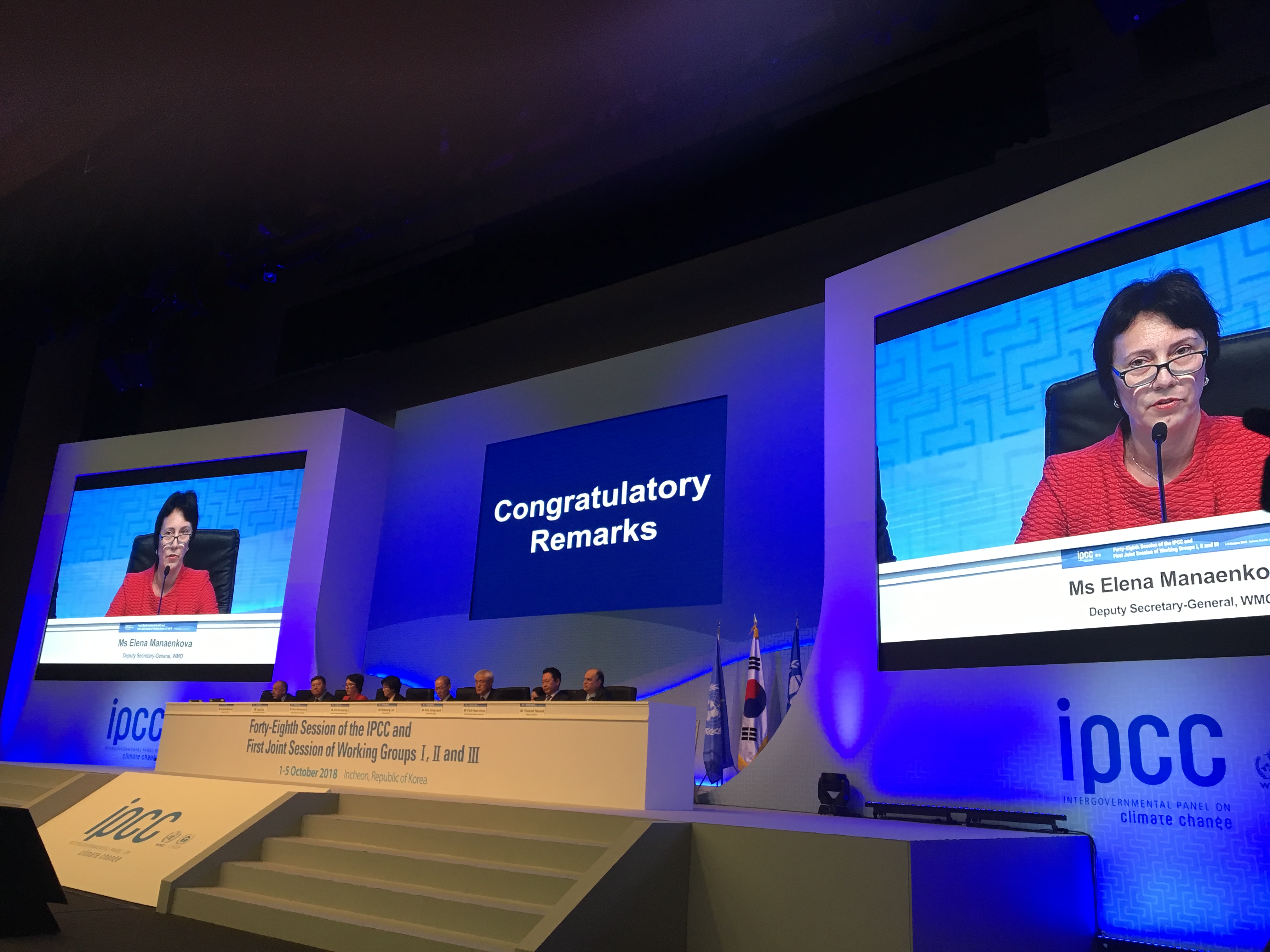 Governments invited the IPCC to prepare the report in 2015 when they adopted the Paris Agreement to combat climate change. The Paris Agreement sets a long-term goal of holding the increase in the global average temperature to well below 2 °C above pre-industrial levels and pursuing efforts to limit the temperature increase to 1.5 °C. At that time, relatively little was known about the risks avoided in a 1.5 ºC world compared with a 2 ºC warmer world, or about the pathway of greenhouse gas emissions compatible with limiting global warming to 1.5 ºC.  The new IPCC report will seek to provide answers.

“Global mean temperatures in 2017 were about 1.1 °C above pre-industrial levels. Unfortunately we are already well on the way to the 1.5°C limit and the sustained warming trend shows no sign of relenting. The past two decades included 18 of the warmest years since records began in 1850,” said WMO Deputy-Secretary-General Elena Manaenkova.

“This year is, yet again, expected to be one of the warmest years. We have witnessed extreme weather ranging from record heat in northern Europe and historic flooding in Japan, India, southeast Asia and the southeastern United States. The consequences were devastating, but advance predictions helped save many lives,” she told the opening session.

“Long-term climate change indicators highlight the need for urgent climate action. The rate of sea level rise is accelerating and much of the thick multi-year ice in the Arctic has melted. Carbon dioxide concentrations are record-high, “said Ms Manaenkova.

The Republic of Korea, host for the IPCC sessions, experienced its hottest summer on record, with its highest ever number of daytime heatwaves and tropical nights (above 25°C). For the first time on record, temperatures topped 40°C in parts of the country, according to the administrator of the Korea Meteorological Administration, Jong Seok Kim.

"I understand there are some climate change skeptics out there, but let me tell you this: Truth is truth. Climate change cannot be denied," Republic of Korea Environment Minister Kim Eunkyung said.

She said that her government’s main focus is to reduce greenhouse gas emissions and decrease dependence on fossil fuel while increasing renewable energy share by four times up to 20% by 2030. It seeks to transform the current energy intensive industry structure into a highly energy efficient one that emits less carbon and encourage businesses to act.

Over last two decades, climate science has made unprecedented progress in better understanding of the functioning of the climate system and in assessing consequences of human interference. WMO co-sponsored programmes like the World Climate Research Programme (WCRP) played a fundamental, inaugural role in convening  global research community both to advance our understanding of the fundamental processes and to develop and continuously improve climate models, according to the new WMO Chief Scientist and Research Director Pavel Kabat.

“Information, data and climate scenarios which this well organized science community generates in support of IPCC assessments is therefore always based on the latest, state of the art knowledge and models. New developments and advancements are expected to come fast,” said Mr Kabat.

“In the climate debate,  seamless, integrative thinking means the emissions/mitigation experts, climate modellers, and adaptation experts together at one table. I would like to congratulate my IPCC colleagues for doing exactly that during the coming days when deliberating about the Special Report on Global Warming of 1.5°C,” said Mr Kabat.

Subject to approval, the IPCC will release the Summary for Policymakers of the report at a press conference on 8 October.

Notes to Editors: The IPCC press release and links to opening speeches is available here