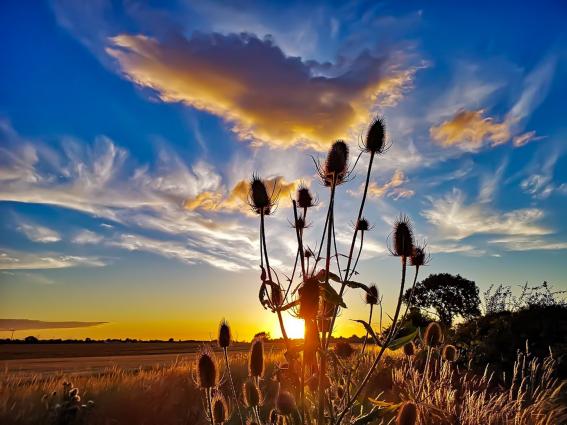 The visible and increasing urgency of climate action will therefore be in focus at a meeting in Abu Dhabi on 30 June - 1 July, intended to galvanize initiatives that will be announced at September’s  Climate Action Summit convened by United Nations Secretary-General António Guterres.

“Increasingly we hear the phrase climate emergency,” said WMO Secretary-General Petteri Taalas. “It is not just about climate. Climate change impacts the ocean, water resources, food security, ecosystems and the sustainable development of the entire planet,” he said.

Mr Taalas is a member of the Steering Committee for the Climate Action Summit. He is co-chair of the Climate Science Advisory Group, along with Leena Srivastava , Vice Chancellor of India’s Energy and Resources Institute (TERI) School of Advanced Studies. The Group will submit its detailed reports to the Climate Action summit to inform world leaders about the state of the climate as well as science-driven solutions for transformative action and raising ambition in key sectors.

The WMO delegation will take part in a number of round table discussions at the Abu Dhabi meeting, including on raising ambition, on energy transition for climate action and on climate and health.

Mr Guterres has invited world leaders to the Climate Action Summit from 21 to 23 September to deliver concrete, realistic plans to enhance their nationally determined contributions by 2020, in line with reducing greenhouse gas emissions by 45 per cent over the next decade, and to net zero emissions by 2050.

The global temperature has risen to close to 1° Celsius above the pre-industrial period, according to WMO’s Statement on the state of the global climate in 2018. Time is running out to achieve commitments under the Paris agreement to keep the temperature increase by the end of the century to well below 2°C and to pursue efforts to limit it even further to 1.5°C.

“The last time the Earth experienced a comparable concentration of carbon dioxide was 3 to 5 million years ago when the temperature was 2-3°C warmer and sea level was 10-20 meters higher than now,” said Mr Taalas.

The four warmest years on record were in the past four years, and we are on track for 2015-2019 to be the warmest five years on record. The warming trend continues unabated so far in 2019 and the months January to May were the third warmest such period on record.

Heatwaves and high temperatures continue to increase in frequency and intensity across the globe, with many new temperature records in both hemispheres. The unusually early heatwave in Europe – with temperatures in France and Spain exceeding 40°C - is just the latest in a series of extreme weather events.

Temperatures have topped 50°C in India, Pakistan and parts of the Middle East in recent weeks. The delayed arrival of the southwest Monsoon has strained water resources, including in Chennai, India’s sixth largest city.

Drought has triggered food insecurity in the Greater Horn of Africa, whilst southeast Africa is still recovering from devastating tropical cyclones earlier this year which claimed more than 1 000 lives in Mozambique, Malawi and Zimbabwe.

Hundreds of the world’s leading political figures, including ministers, as well as  representatives of business, local authorities, civil society, youth and the UN system, and climate action experts are expected to gather in the capital of the United Arab Emirates for the stock-taking meeting, which will be attended by UN Secretary-General Guterres.