Geneva, 2 February 2015 (WMO) The World Meteorological Organization (WMO) has ranked 2014 as the hottest year on record, as part of a continuing trend. After consolidating leading international datasets, WMO noted that the difference in temperature between the warmest years is only a few hundredths of a degree – less than the margin of uncertainty.

“The overall warming trend is more important than the ranking of an individual year,” said WMO Secretary-General Michel Jarraud. “Analysis of the datasets indicates that 2014 was nominally the warmest on record, although there is very little difference between the three hottest years,” said Mr Jarraud.

“Fourteen of the fifteen hottest years have all been this century. We expect global warming to continue, given that rising levels of greenhouse gases in the atmosphere and the increasing heat content of the oceans are committing us to a warmer future,” he said.

Around 93% of the excess energy trapped in the atmosphere by greenhouse gases from fossil fuels and other human activities ends up in the oceans. Therefore, the heat content of the oceans is key to understanding the climate system. Global sea-surface temperatures reached record levels in 2014.[1]

It is notable that the high 2014 temperatures occurred in the absence of a fully developed El Niño. El Niño occurs when warmer than average sea-surface temperatures in the eastern tropical Pacific combine, in a self-reinforcing loop, with atmospheric pressure systems. This has an overall warming impact on the climate. High temperatures in 1998 – the hottest year before the 21st century – occurred during a strong El-Niño year.

“In 2014, record-breaking heat combined with torrential rainfall and floods in many countries and drought in some others – consistent with the expectation of a changing climate,” said Mr Jarraud.

Strong weather and climate services are now more necessary than ever before to increase resilience to disasters and help countries and communities adapt to a fast changing and, in many places, less hospitable climate, said Mr Jarraud.

WMO released the global temperature analysis in advance of climate change negotiations to be held in Geneva from 8 to 13 February. These talks will help to pave the way for an agreement on action to be adopted by the Parties to the UN Framework Convention on Climate Change next December in Paris.

The WMO analysis is based, amongst others,  on three complementary datasets maintained by the Hadley Centre of the UK’s Met Office and the Climatic Research Unit, University of East Anglia, United Kingdom (combined); the U.S. National Oceanic and Atmospheric Administration (NOAA) National Climatic Data Centre; and the Goddard Institute of Space Studies (GISS) operated by the National Aeronautics and Space Administration (NASA).

Global average temperatures are also estimated using reanalysis systems, which use the most advanced weather forecasting systems to combine many sources of data to provide a complementary analysis approaches. WMO in particular uses data from the reanalysis produced by the European Centre for Medium-Range Weather Forecasts, which also ranks 2014 as among the four warmest.

The final report on the Status of the Climate in 2014, with full details of regional trends and extreme events, will be available in March 2015.

The full datasets are available on request 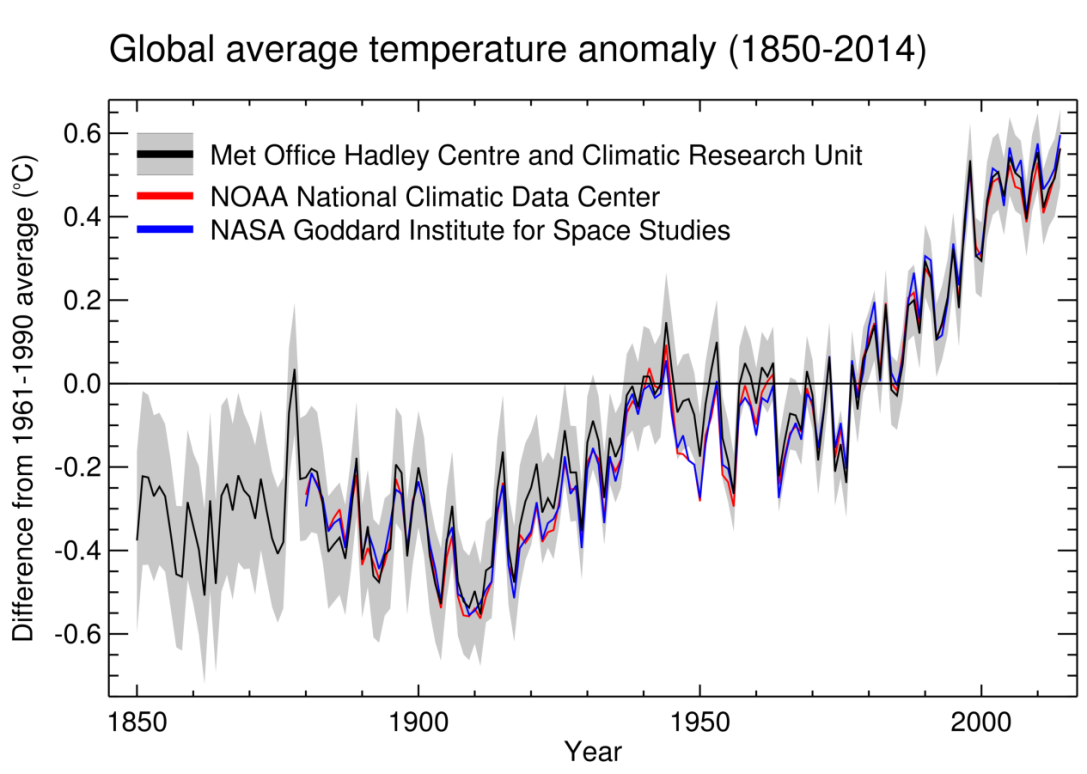 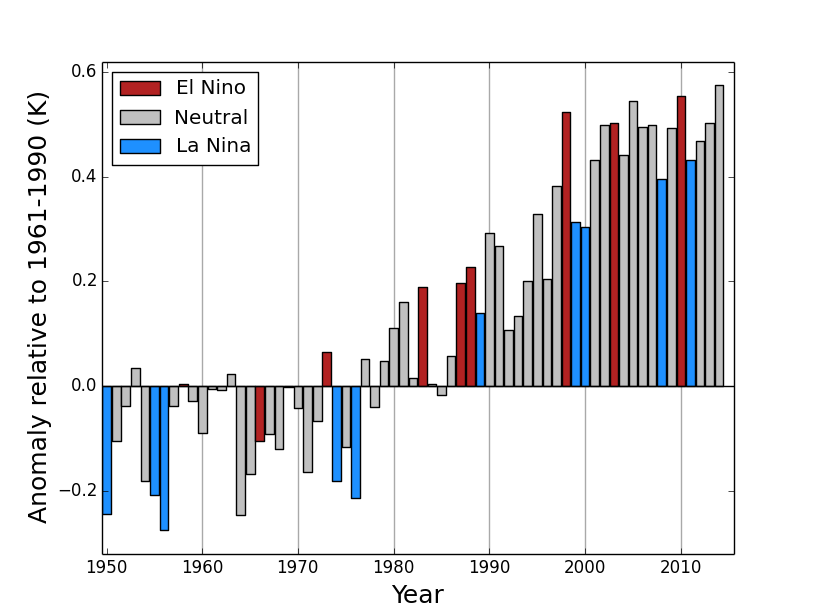 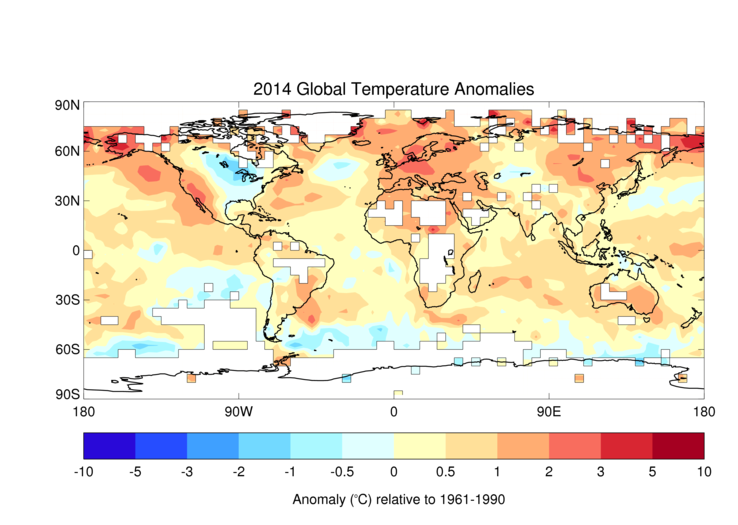 [1] See WMO’s provisional statement on the Status of the Climate in 2014 http://www.wmo.int/pages/mediacentre/press_releases/pr_1009_en.html